This adorable video shows an RNLI crewman wading through high tide to rescue a Highland terrier – as the dog struggled to swim to safety after being cut off by the tide.

Little Bella the terrier can be seen desperately paddling along the sea wall to keep herself afloat, as the RNLI lifeboat crew approached her on Saturday afternoon.

Crew member David Ridout hopped out of the boat and had to wade through the water behind her to pluck her out and bring her back to dry land. 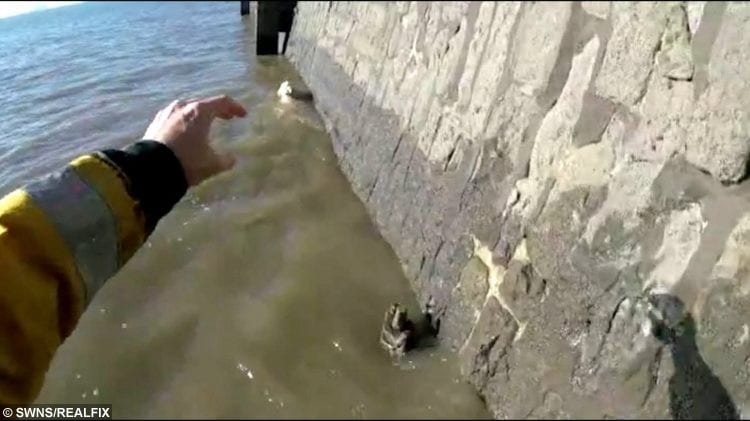 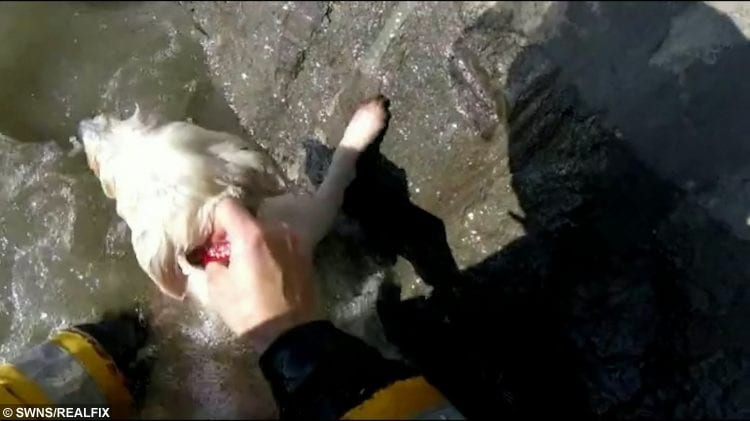 The RNLI crew, from Weston-super-Mare, Somerset, were called after a passer-by on packed Weston beach spotted Bella trapped by the flooding tide.

Weston Coastguard were also called to the site, by Knightstone Island, which was not accessible from the land.

Bella was brought back to the RNLI temporary lifeboat station, and then taken to the kennels. 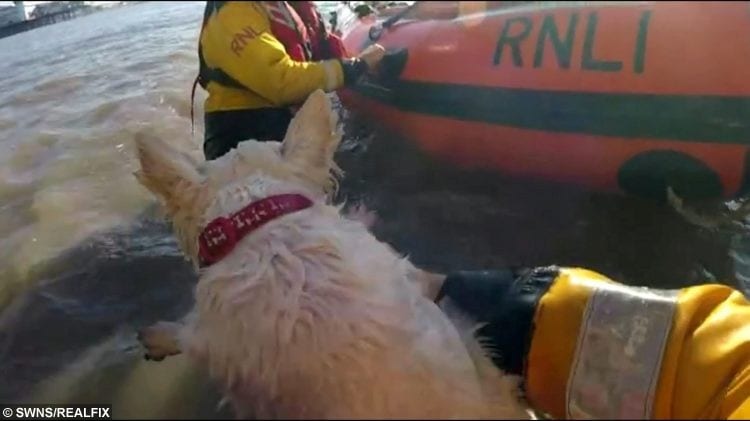 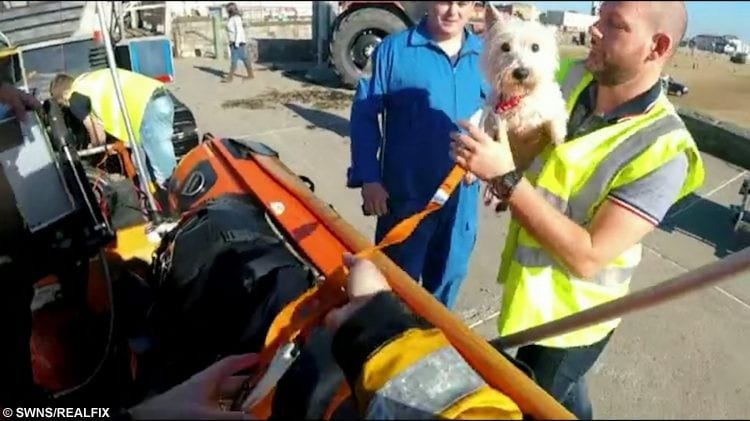 The kennels had already been alerted that Bella had escaped from her home, and were able to reunite the dog with its owner.

Mike Buckland, Lifeboat Operations manager at Weston RNLI station, said: “We only go and rescue animals to save others putting themselves at risk.

“However, it is very satisfying when we do save an animal.

“We always advise everyone to keep their dogs on a lead when near the sea, but this little one had escaped so there was no blame on the owner.”

Life Before Children Is ‘£400 A Month Cheaper’