by RealFix
in Animals, Relationships
0

An animal-lover who adopted a disabled ROOK says it now rules the roost – sleeping in her room, hiding credit cards and jewellery and even jealous of her husband.

Caring Helen Motteram took the injured bird in after realising it wasn’t able to fly and wouldn’t survive in the wild.

The rook is now part of the family but Helen admits he is ”needy” and has ”separation issues” – and wants attention all the time. 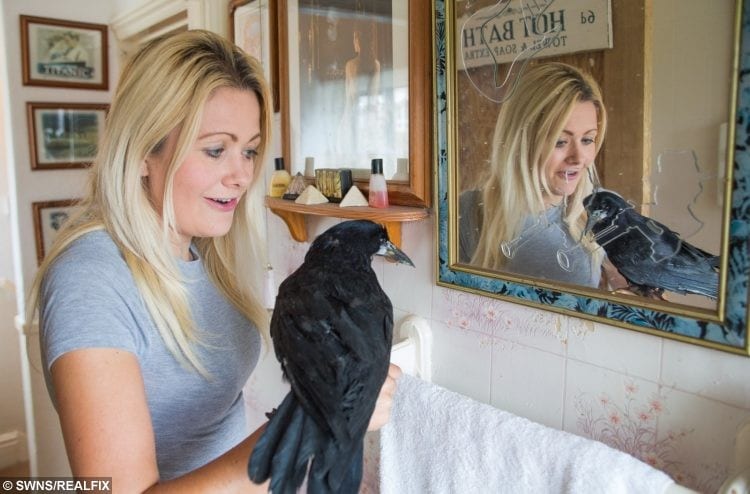 It steals her phone charger, pens, credit cards from her purse, jewellery and also rips up her daily newspaper and pecks pictures off the wall.

And the rook – nicknamed Russell Crow – even starts pecking her husband Tristan if Helen is talking to him and not her pet.

Every night Helen shouts ‘bed time’ and the wonky rook hops up stairs to her bedroom where he sleeps.

Pet behaviourist Helen, who has built him an aviary in the garden, says the bird has grown in confidence and now rules the roost at her house.

She said: “Rooks are very needy and they form very strong bonds, so he sees me as one of his own.

“But they’ll only bond with one person at a time, so he does get jealous if I’m trying to watch TV with my husband – he’ll give me a nasty peck on my foot or come and sit on my shoulder.

But the 34-year-old, from Cheltenham, Glos., added that Russell Crow has “completely changed my life” – and that even her husband “adores” him.

“As long as I’m not in the house, he’ll quite happily go and sit on Tristan and eat out of his hand, for instance,” she said. 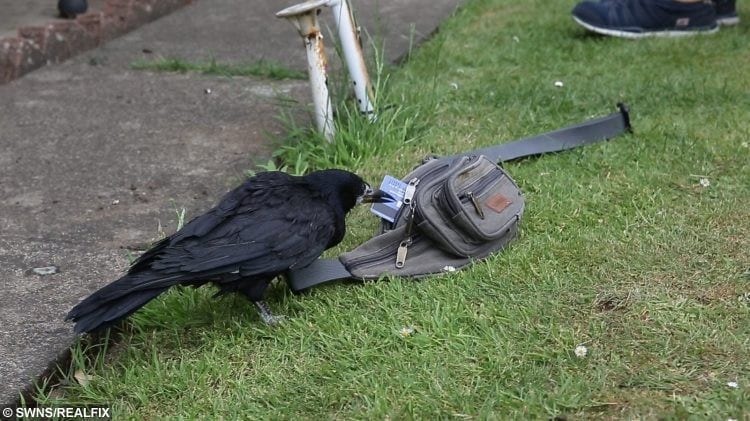 Helen first came across the abandoned rook outside the Prezzo restaurant in Montpellier in Cheltenham., Glos, a year ago – and soon realised it could not fly.

“I looked around for his parents but he was all alone, so I took him to a rescue centre nearby,” she said.

“He’s not like normal rooks – he was born with crooked feet, which meant he isn’t able to fly. He’s also had poor growth, and has lost a lot of feathers.”

Helen, who runs her own pet behaviourist business, said she realised Russell’s disabilities meant the rescue centre would not be able to keep him in the long term.

Having first begun rearing and releasing birds at the age of just eight years old, Helen knew she had to bring the rook home with her and raise him from inside her house.

But she said that it was not easy at first – because Russell Crow suffered badly from separation anxiety.

“When he first came to live with us, I couldn’t even leave the house without him crowing loudly,” she said.

“We had to build it up gradually and he can now spend about five hours on his own quite happily – although I do still have to pop home during the day to check on him.” 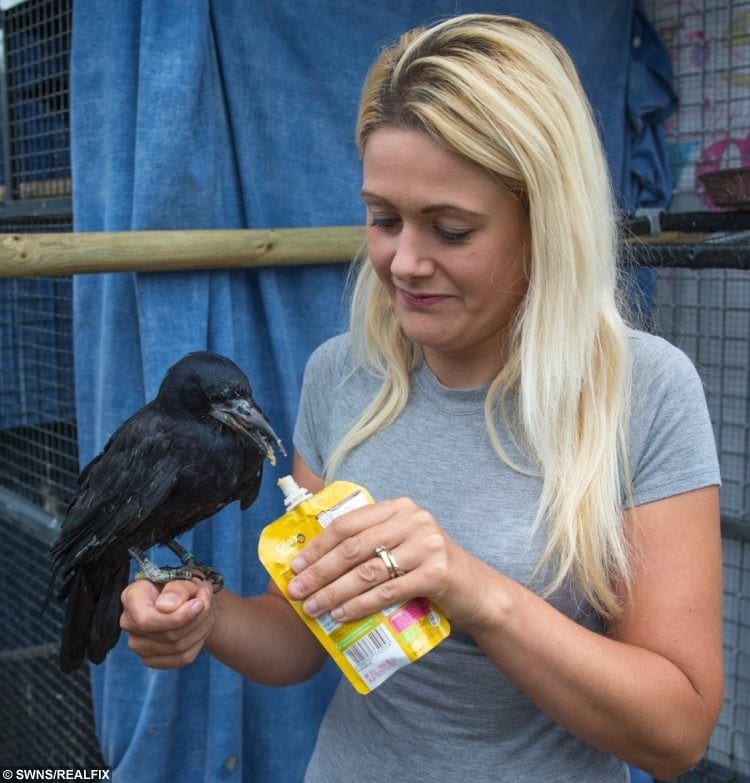 And she said that the aviary, which she and husband Tristan, 31, bought about six months ago, has helped the rook settle down – despite costing over £1,000.

“It’s a huge commitment – including all maintenance costs the aviary came to nearly £2,000, and I’m up at 4am most mornings cleaning it, which can take up to an hour,” she said.

But she added that as a result of the aviary, the family now have two more rooks that live in their garden full-time – named George and Cheryl.

“They’re both very tame – they came from rescue centres in Suffolk and Warwick – but we’re hoping that eventually we’ll be able to release them,” she said.

“They can be quite noisy, because they’re still young, but so far the neighbours seem to be okay about it.”

And although her husband initially called her “crazy”, the couple are no strangers to raising animals – as well as the three rooks, they also own two ferrets, a degu and a cat.