A heartless woman was caught on CCTV dumping two kittens outside a charity shop stuffed inside a shoebox.

The RSPCA is trying to trace the cruel woman who placed the animals inside a plastic Sports Direct bag before abandoning them in the street.

The six-week-old kittens were left outside Woodgate Valley Urban Farm in Birmingham at around 11am on Sunday (7/10).

A volunteer at the farm, which deals with rescuing farm animals, said he thought the bag contained donations as pet food and clothes are often left for their charity shop. 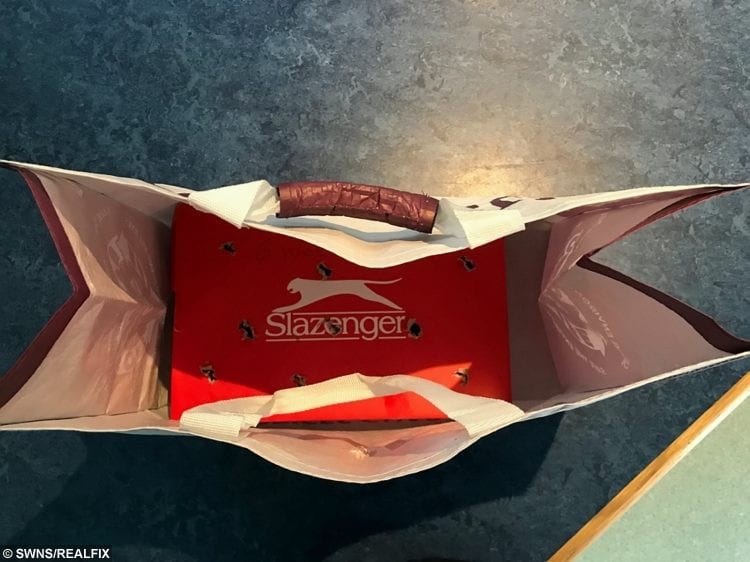 Matthew Brooks, 31, did not fetch the bag for another two hours before finding the terrified black-and-white kittens crammed inside a Slazenger shoebox.

He said: “From the CCTV I know the bag was dumped at 11am but I didn’t check inside it until about 1pm thinking they were donations.

“Then I came across a shoebox with the words ‘about six weeks old’ written on it with holes in the top and I opened it up and found the kittens.

“It was lucky I checked when I did as I could have easily left the bag much longer.

“But this isn’t the first time this has happened. We have had about a dozen cats dumped on our doorstep like this over the last few years.

“Each time a local charity has helped re-home the kittens but this shouldn’t be happening at all.”

Staff at the centre alerted the RSPCA and Inspector Mike Scargill took the kittens to Birmingham Animal Centre and Hospital for treatment. 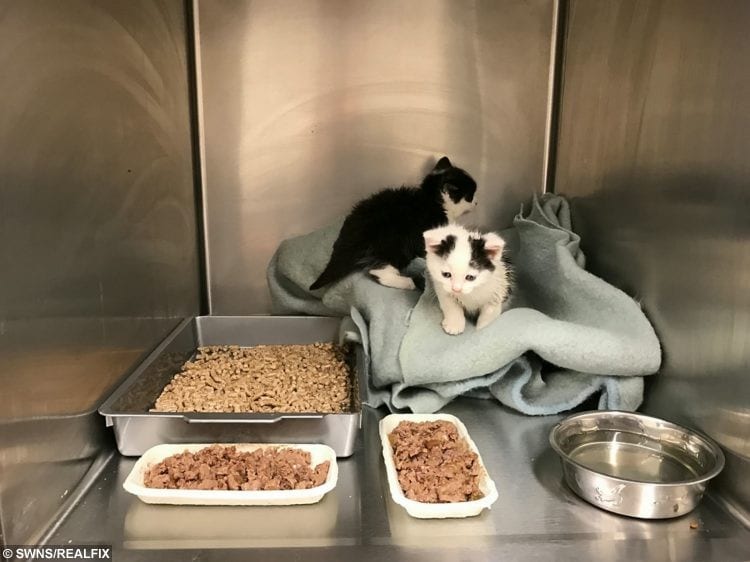 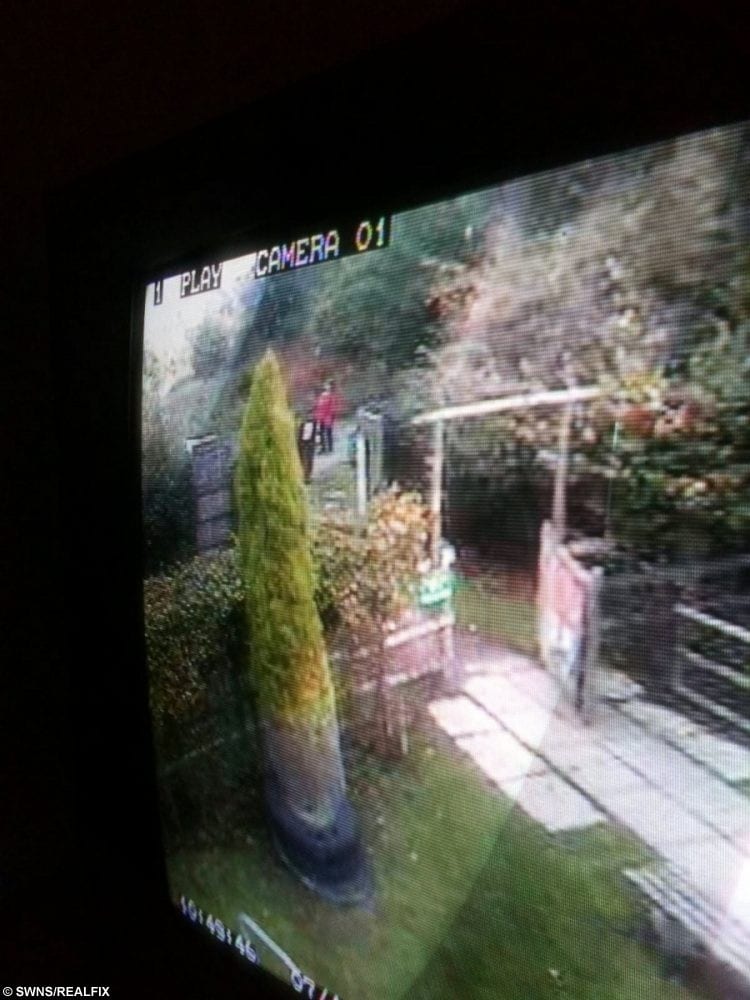 He said: “This woman has left these kittens in a situation in which they could very easily have been mistaken for a clothing donation and put to one side for a considerable amount of time.

“The kittens were frightened by their ordeal and they were lucky to be found unscathed, although they were full of fleas.

“Unfortunately this appears to be another case of selfish behaviour, and the actions of someone in a throwaway society who is willing to palm their problems onto someone else and, in this case, threatening the welfare of two six-week-old kittens.

“If people took more responsibility for their actions – neutering, not acquiring animals on a whim, and thinking long term about what they are taking on – then animals such as these kittens would not face such an uncertain future.

“All of the animals shelters are operating at full capacity and this type of behaviour only augments the strain put on them both locally and nationally.”

The RSCPA are appealing for information or anyone who recognises the woman in the footage to call the RSPCA appeals line on 0300 123 8018.

Woman’s ‘Touching The Void’ Ordeal After She Fell Into Quarry And Crawled Out – With Broken Ribs, Pelvis, Punctured Lung And Spleen

Woman's 'Touching The Void' Ordeal After She Fell Into Quarry And Crawled Out - With Broken Ribs, Pelvis, Punctured Lung And Spleen