This is the shocking moment two dog walkers narrowly avoided being seriously injured or killed after being pelted with lit FIREWORKS in the street.

Luke Priest, 23 and Jacob Feltham, 23, had been taking their pet cockapoos out for a evening stroll at 8.30pm on New Year’s Eve when they targeted by callous yobs.

Terrifying CCTV shows the pair being forced to dive for cover as two rockets explode just inches away from them and dogs Ziggy, ten, and two-year-old Nico. 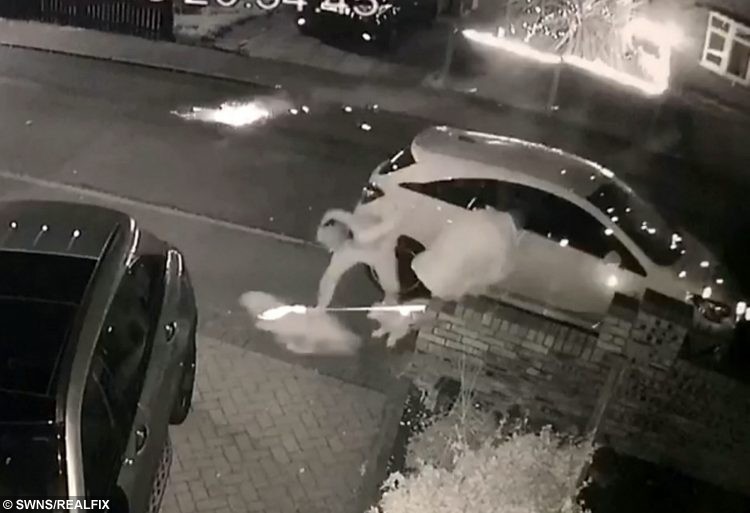 One of the fireworks can be seen bouncing off the windscreen of a parked car while the other lands on the street before they both erupt in a flash of sparks.

The thugs are believed to have shot the two rockets sellotaped together from a nearby grass verge close to the scene on Boundary Hill, in Gornal, near Dudley, West Mids.

Luke’s mum Nichola Priest, 49, captured the drama on her home’s security cameras and said her son and his partner were lucky not to be killed.

The gran-of-two said: “My son and his partner were going out to walk the dogs – they do it all the time.

“You can see that out of nowhere this firework comes flying at them. Luckily, they weren’t hit as it bounced off the parked car.

“The boys leapt out the way, they ran back into the house and phoned us to say what had happened.

“When we got home, we saw it all on the CCTV – it was just horrible. When it went off it was so close to Jacob’s head.

“The firework came from the bank just down the road Thankfully no one was injured – it could’ve blinded or even worse killed one of them.

“The dogs Ziggy and Nico were so frightened – I was worried as the scare could’ve caused Ziggy to have a heart attack because he’s ten-years-old.

“They were shaking that whole night and I tried to take them out the next day but they were too scared to even leave the house.

“They loved going out for walks too.

“I know it is the time of year when people celebrate with fireworks and normally people in the area set them off safely.

“This clearly was an idiot messing around as it was two rockets tapped together.

“There was more than one lying the in street so you can tell this person was not doing this accidentally.

“I’m just angry that they didn’t shout down afterwards to see if anyone was ok and just ran off. 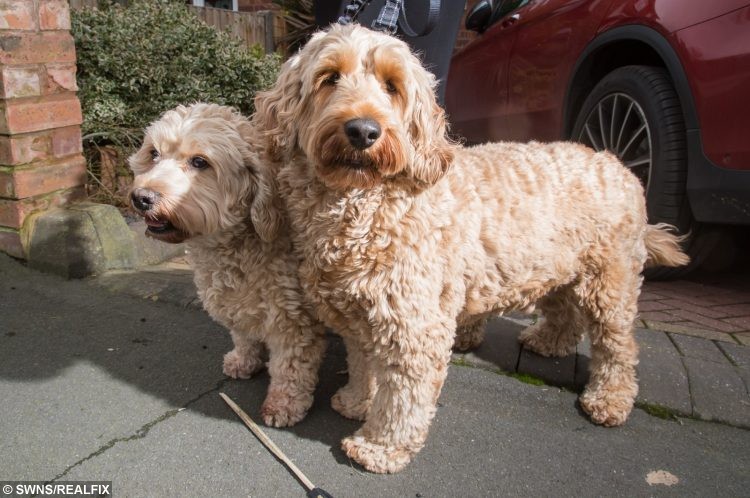 “If anyone knows who lit this please message us so we can pass it on to the police.

“And please be careful when lighting fireworks.They’re nice to look at but people seem to forget how dangerous they can be.”

West Midlands Police are appealing for anyone with information about the incident to contact them on 101.

Store manager Jacob said he feared for his life when the two rockets exploded inches away from Luke and their two dogs.

He added: “We always enjoy walking the dogs and they have never really minded the sound of fireworks so we thought it would be fine to take them out New Year’s Eve.

“As we left the house I was at the front, but as I turned around because I got tangled up in the double lead,I heard something bounce off the car next to me.

“All I remember then was hearing this bang, seeing a flash of sparks and then being surrounded by smoke. You couldn’t see anything so I just ducked and dived out of the way.

“I was thinking of the dogs as well and tried to usher them to safety as well. As the smoke cleared I checked on Luke and we just ran back to the house as fast I could.

“On the way I glanced up at the grass verge in the direction of where it came from, but there was nobody there. They just decided to run off . 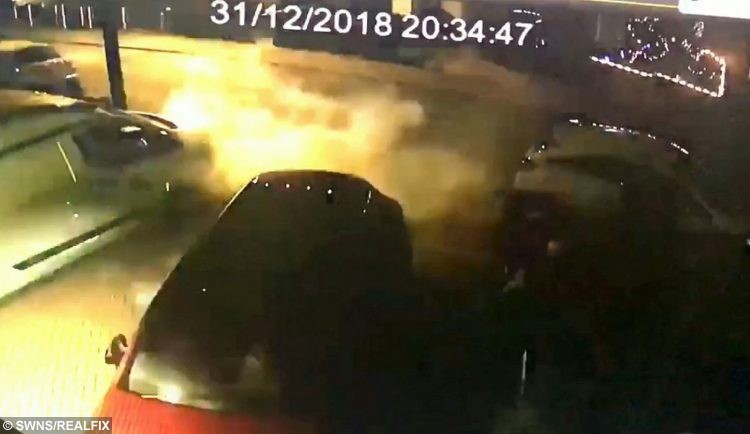 “The dogs were terrified. Their hearts were pounding. They were still panting and really stressed two hours after it happened.

“They wouldn’t leave the house and we were obviously pretty shook up too. It all happened so quickly and it could have been a lot worse.

“It was lucky the fireworks bounced just behind us otherwise we would have been looking directly at them when they exploded.

“It was pretty scary and I dread to think what could have happened. Some people just don’t understand how dangerous fireworks can be.”

Do You Need Planning Permission For Airbnb?

Do You Need Planning Permission For Airbnb?