Four meerkat pups who were abandoned by their mother have found comfort in a meerkat soft toy which they cuddle up to. See Ross Parry copy RPYMEERKATS. The Meerkats at Willow Tree Farm are being looked after by director David Taylor, 29 of Shirebrook, Mansfield. Tom Maddick / Rossparry.co.uk

A family farm has come up with a soft option for their orphaned baby meerkats – a stuffed surrogate teddy mum.

These four cute creatures – whose mum abandoned them two months ago – seem perfectly happy cuddling up to their toy parent. 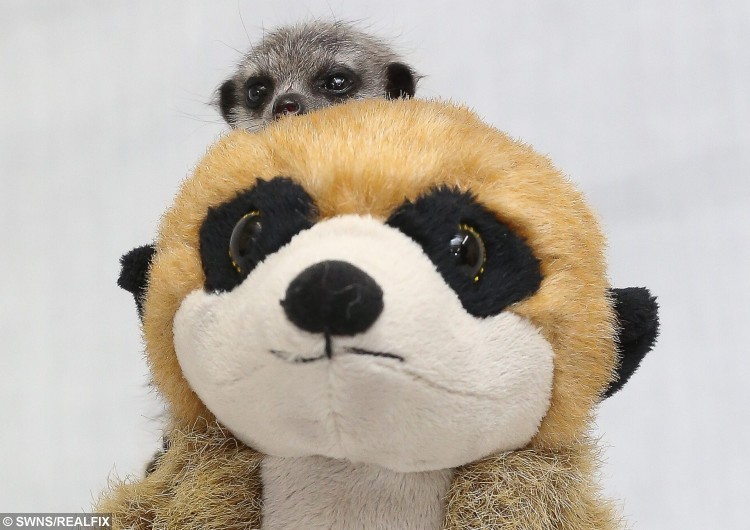 The “simples” solution to the parenting problem was dreamt up by farm director David Taylor after watching a Compare the Market ad with a smoking jacket sporting Russian meerkat Aleksandr Orlov.

David. 29, said: “Their mum basically left the outside in the cold after giving birth to them, we called the vet and they told us we could either let nature take its course or bring them in and look after them.

“Of course we couldn’t leave them to the elements. We took them inside and have been caring for the little bundles ever since.” 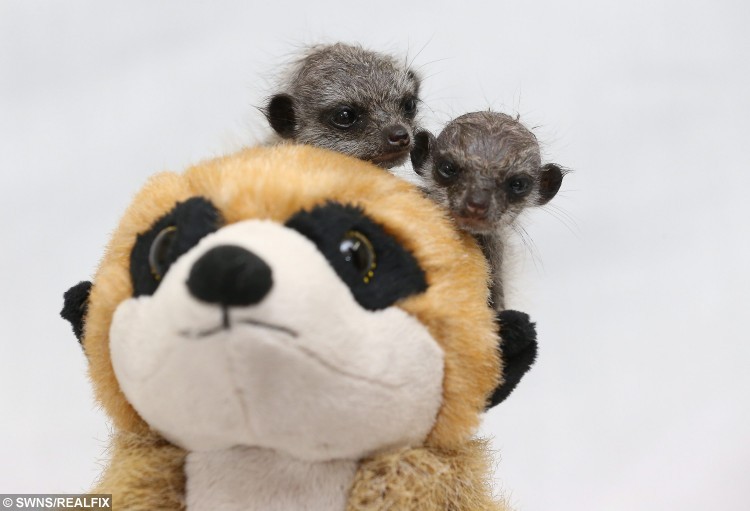 “All four have been doing well, eating well and getting stronger day by day.

“But, I thought, everyone needs a mum in their life and so after seeing the telly ad I had a bit of a light bulb moment and brought in a furry foster parent.”

“That was about three weeks ago and the babies seemed to have settled well with their new meer-mum, once we added a hot water bottle we couldn’t stop them snuggling up to her.” 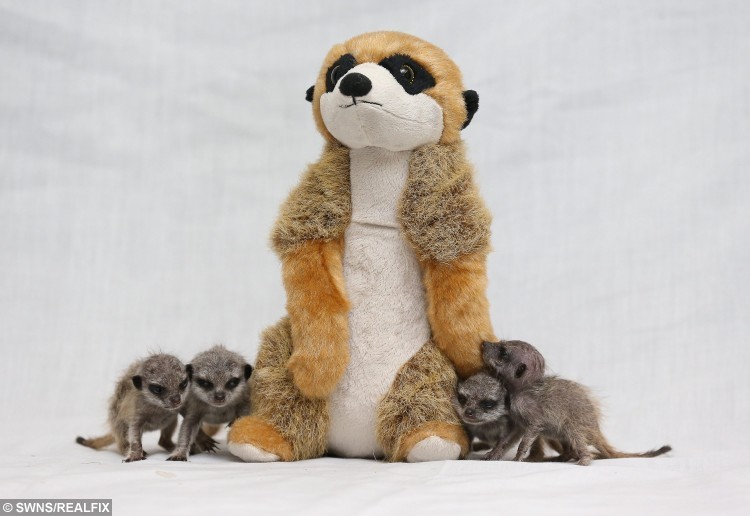 David, who is director of Willow Tree Family Farm in Mansfield, Notts., said the four babies – Frankie, Sanchez and two yet to be named – haven’t been introduced to the public yet, but thinks they will be big hit.

The farm has been keeping the quartet nourished with puppy milk, mealworms and crickets.

David explained the young meerkats’ mum abandoned them because there weren’t enough females in her mob to help her look after them.

He said there were initially six babies but sadly two didn’t make it. 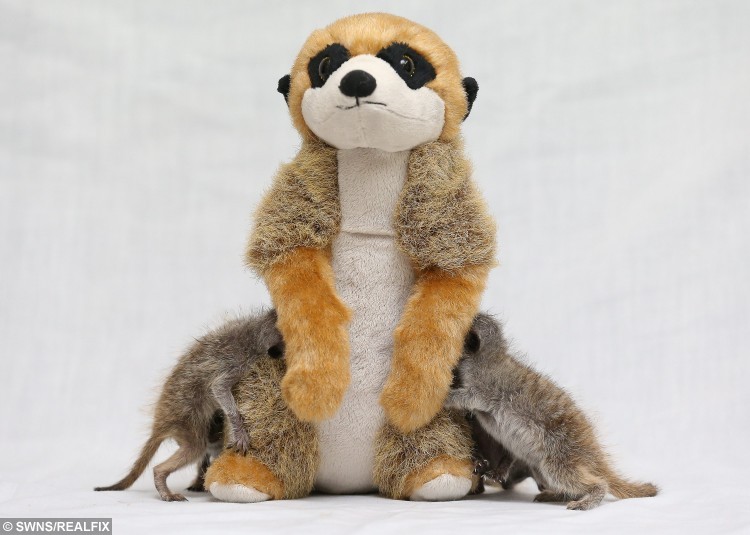