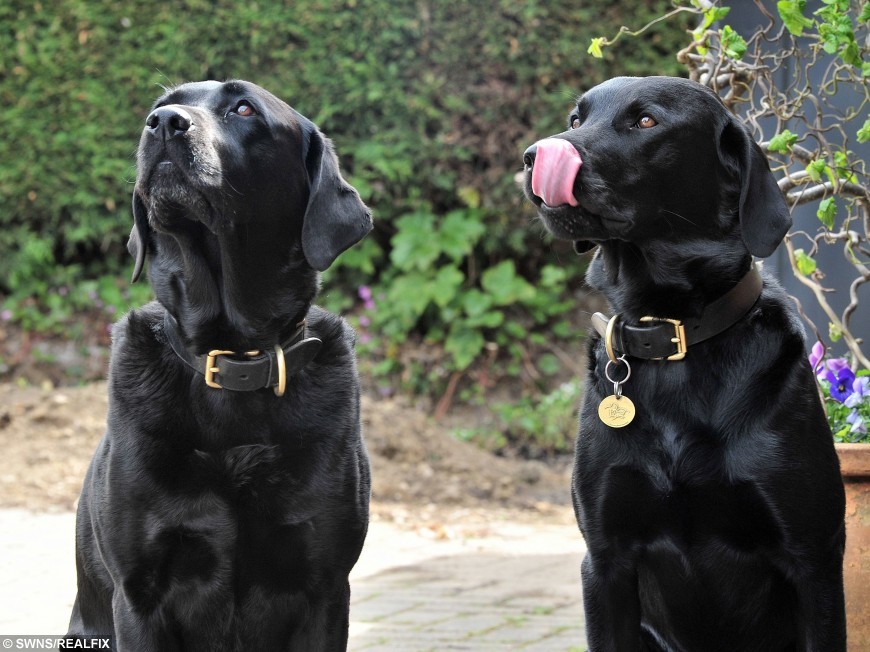 A disabled woman has spoken about how her two dogs saved her life after they woke her up by LICKING her face when her oxygen masked slipped off.

Kate Arnett said she was given the “lick of life” by pet pooches Ernie and Banjo who jumped on her bed in the early hours of the morning. 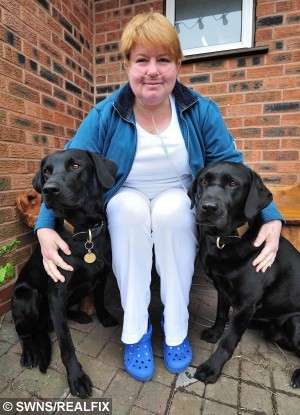 The 48-year-old requires an oxygen tank due to injuries she sustained when she was mown down by a car which mounted a pavement 28 years ago.

Incredibly, sending something was wrong the two black Labradors leapt on the bed and started licking her face and pawing at her arms until she woke up.

Kate, from Malvern, Worcs., has revealed how she had been just hours from death if it hadn’t had been for the actions of her hero dogs.

She said: “It was the middle of the night and I was woken by not one but two tongues frantically licking my face and neck.

“They were even nudging me with their muzzles and their paws.”

“I woke up feeling utterly dreadful, confused and in a fog with a terrible headache.

“But eventually I realised that not only had I slipped down the bed – I can barely breathe when I am flatter than 45 degrees – but I had lost my oxygen mask too.

“If Ernie and Banjo had not realised the seriousness of the situation I would most probably have slipped away and been dead when the alarm clock went off some hours later. 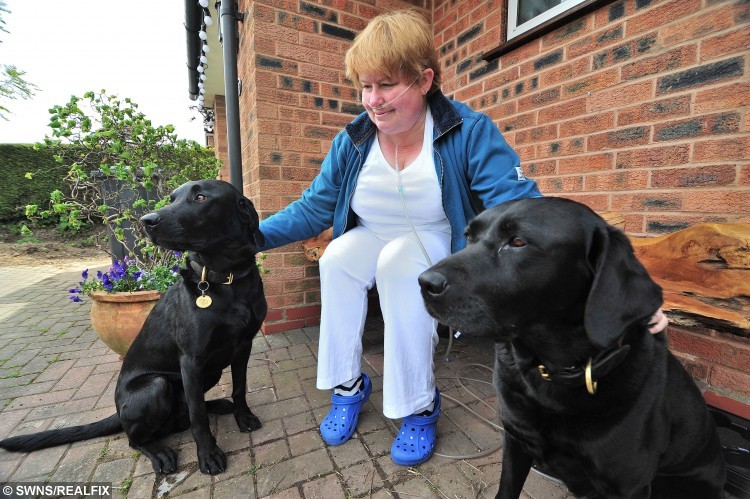 “But as it happened I managed to reposition the mask and I’m here to tell the tale – and I owe it all to Ernie and Banjo.

“It is incredible what they managed to do. They just knew something was wrong.”

Kate was left with a paralysed diaphragm following her accident in 1986 and relies on her dogs for help.

The retired commodities broker also has antiphospholipid syndrome (APS), a disorder of the immune system that causes an increased risk of blood clots.

She has suffered several strokes and also bleeds due to the anticoagulant drugs used to treat her condition.

The dogs have been trained to help her out of bed, open cupboards, help her dress and bring her the telephone when it rings.

Kate spent three days in bed recovering from the effects of oxygen deprivation but now she’s back on her feet and she says she owes it all to her faithful mutts. 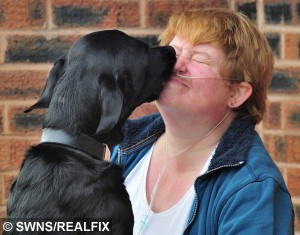 She added: “They really went above and beyond the call of duty.

“They help me live as full and as independent a life as possible and they are a real life-line for me.

“But they have never been taught to jump on the bed and wake me if anything happens.

“They just somehow instinctively knew what to do.

“At the moment I am going through a transition phase with them both.

“Ernie is in the process of retiring after nearly a decade’s devotion and young Banjo is training to take over from Ernie.

“I know that Ernie and I are almost as one after so long together, but Banjo is a sensitive, brave young dog who has already forged a strong bond with me.

“Ernie and Banjo are firm friends too – which is lovely and useful as Ernie hands over his duties to Banjo.

“I’ll never forget what they have done for me and how they saved my life that night – they truly are remarkable pets.”

« Previous post The must-read Mummy Blog showing the side of family life that every parent can relate to...
Next article » Find out what happened to this seven year old that left him terrified of food