by RealFix
in Animals, Cute, Most Popular, Videos
0

A two-month-old penguin chick bravely took its first underwater plunge in a swimming lesson captured on camera by proud zookeepers.

The male Humboldt penguin chick hatched on June 1 in Akron Zoo, Ohio, USA, and is being hand reared by zookeepers after it was rejected by his parents.

The brave bird is preparing to join the zoo’s penguin habitat in the coming weeks and is taking necessary swimming lessons ahead of the big day. 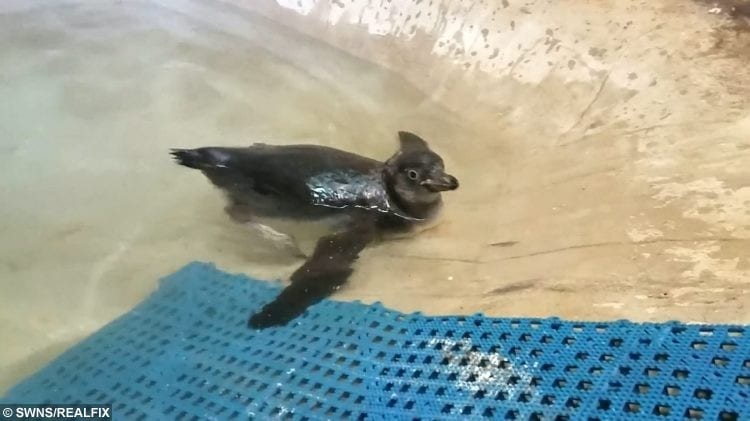 Akron Zoo’s senior zookeeper Vicky Croisant said: “Like all penguin chicks, he wasn’t sure about the water at first.

“He quickly settled down and was even dunking his head underwater by the end of the 20 to 30 minute session, which is not something we usually see right away.

“At this point, he’s still a little awkward and doesn’t know what to do with his feet, but his confidence will build the more time he spends in the water.” 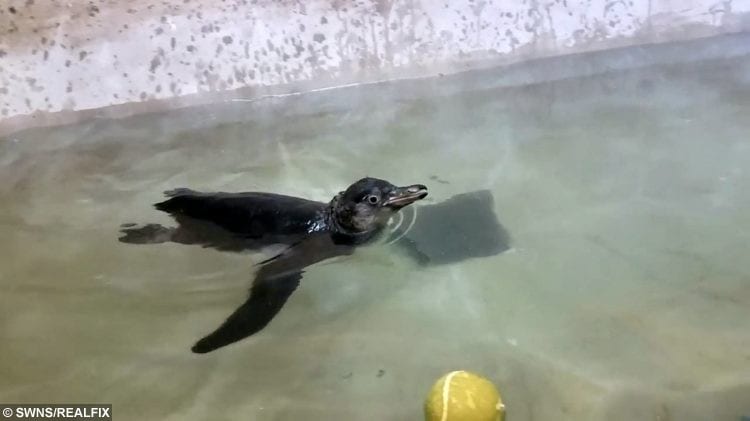 Zookeepers hope the chick will pick up some other penguin skills when he is integrated into the main habitat, like molting his down feathers.

The chick is on track to join the others at the end of August and hopes to finally have a name, which is currently being decided by fans of the zoo’s Facebook page.