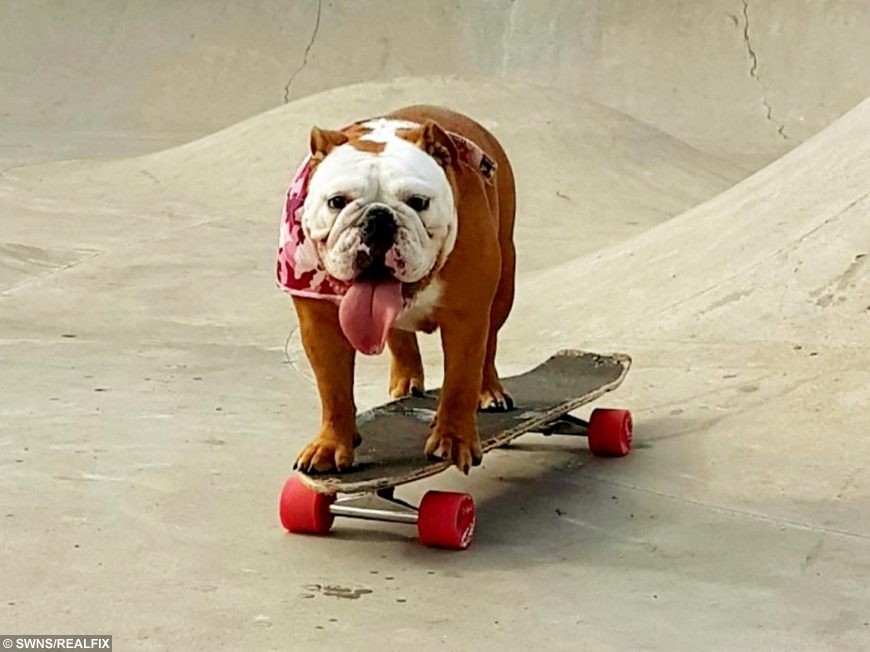 A talented pet bulldog has become an internet sensation after videos of her SKATEBOARDING attracted thousands of views online.

Owner Debra Chandler, 33, says her beloved pooch Pumpkin has proved to be a “complete natural” at the action sport since taking it up as a puppy.

The 14-month-old dog has self-taught itself how to skateboard and enjoys nothing more than scooting around the streets much to the astonishment of onlookers. 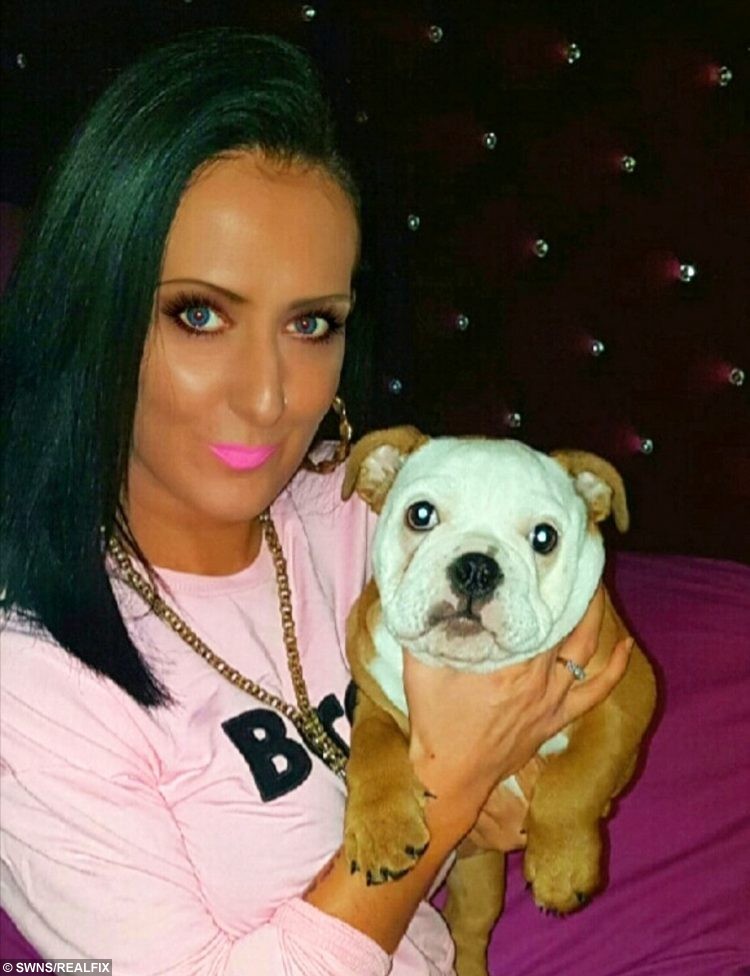 Debra began filming videos and taking pictures of Pumpkin riding around near her home in Ashby-de-la-Zouch, Leics., and posted them on social media.

Since then, Pumpkin has become an online hit with videos of her in action being viewed thousands of times.

Debra, a cleaner, said: “It started when she was just an eight-week-old puppy and we bought her a skateboard just for a laugh, really.

“I’ve seen bulldogs in the USA skateboarding but none over here and thought it would be great if she took to it.

“We’ve never forced her on it or used treats to tempt her. She just naturally jumped on it and proved to be a complete natural. 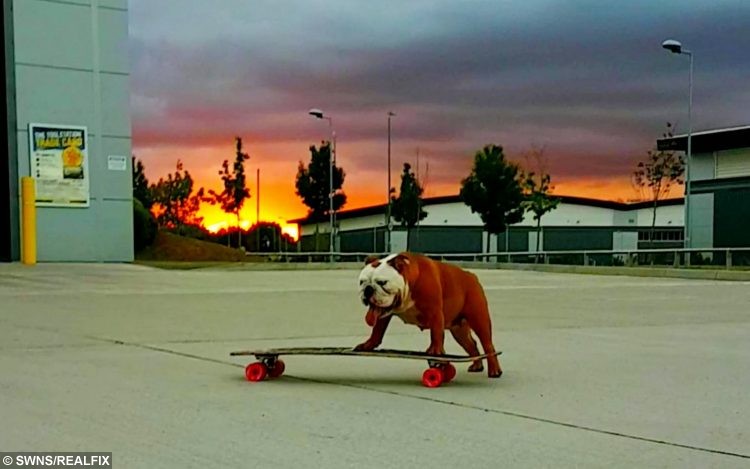 Pumpkin the skateboarding bulldog. A talented pet bulldog has become an internet sensation after videos of her SKATEBOARDING attracted thousands of views online.

“It took her a while to master it though but now she’s always by the garage or the car constantly looking for her skateboard.

“As soon as I show her the skateboard she starts jumping up and down and gets really excited.

“She’s got a drive to do it. She just climbs on board and then casts herself off – she can go quite fast

“I just let her do it because she finds it so much fun and she can just keep going and going.

“She’s completely obsessed with it, even if I put out a bowl of treats in front of her she wouldn’t be bothered and would only want her skateboard.” 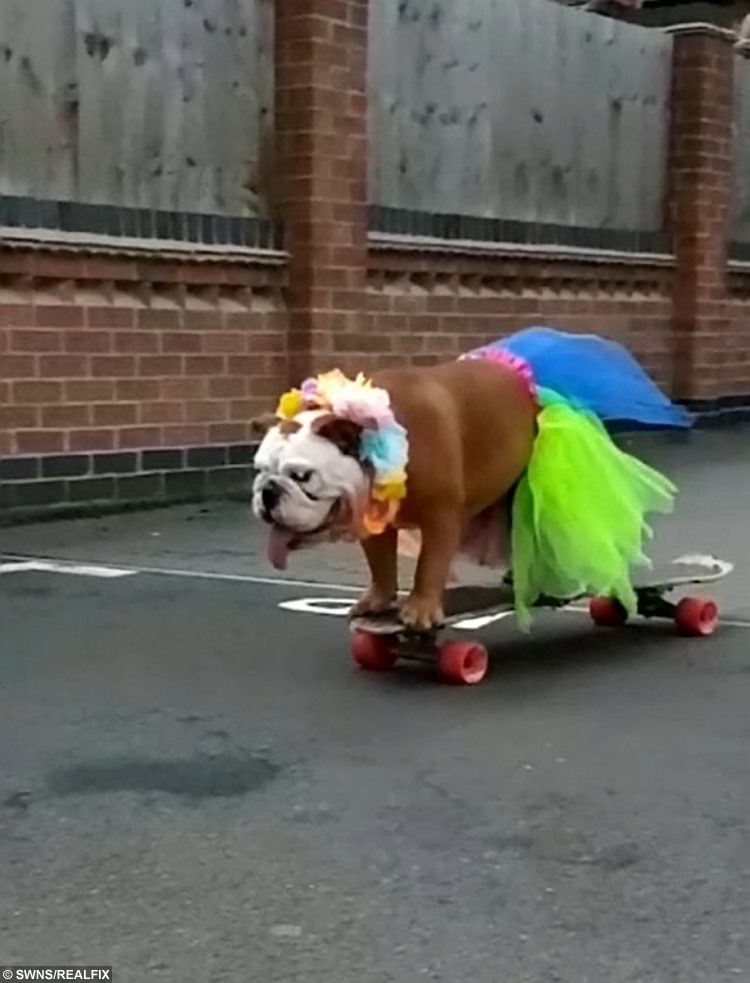 Pumpkin the skateboarding bulldog. A talented pet bulldog has become an internet sensation after videos of her SKATEBOARDING attracted thousands of views online.

She added: “I want to find someone who will sponsor her and maybe get her a new skateboard.

“But for now, we’re just happy that people enjoy watching her.

“I’ve taken her to industrial estates and skate parks and I’ve even had neighbours trying to film over my fence and them telling me they were going to sell the footage. 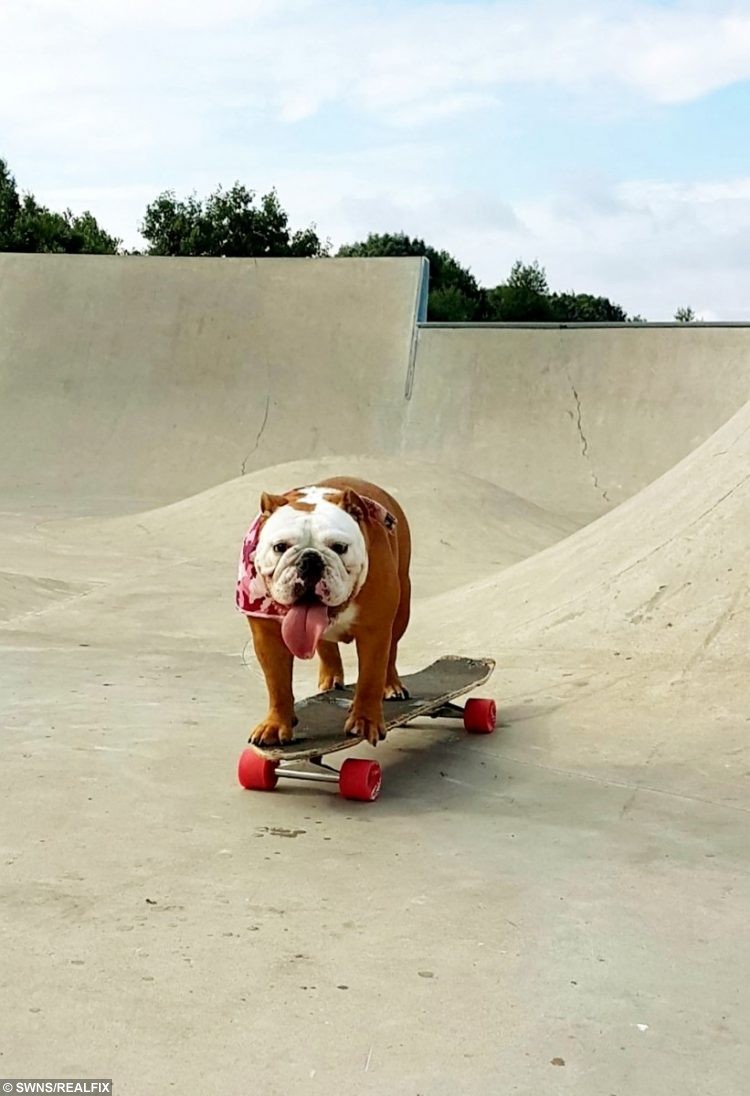 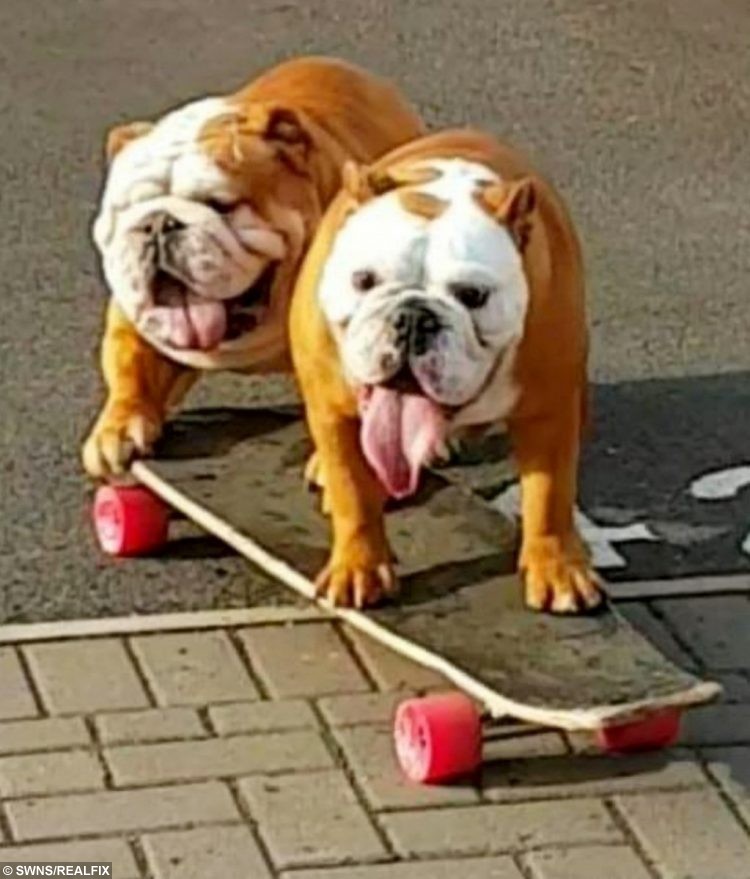 “Pumpkin’s dad, Prince, who is five-and-a-half years-old, runs after her when she’s doing the skateboarding. But he never fancied the sport himself.

“I’ve tried to avoid hyping it but so far we’ve had a great response from the public and on Facebook she’s getting quite a fan base.

“I think one of the films has had 60,000 views. The dogs are my children and they are like my babies, so I want the best for them.”

« Previous post City Clubs Together To Buy "Legendary", Homeless Big Issue Seller A Van For Him To Live In
Next article » 300lbs Woman Becomes Yoga Instructor After Being Shunned In Class Because Of Her Weight