A cartoon fan obsessed with Teenage Mutant Ninja Turtles has turned his mum’s back garden into Britain’s biggest terrarium – complete with 1000 TERRAPINS.

Michael Butcher, 37, has decked out his yard with custom-made tanks and heat lamps to keep his many terrapins happy.

The animal lover, who looks after the creatures with his mother, aspires to care for even more.

Michael, from Staplehurst, Kent, said: “We’re based at our house, so we’re very small and a non-registered charity.

“I’d love to be able to build a big turtle sanctuary like the ones they have in America, but we need more donations.”

Michael said his treatment of the animals is in stark contrast to how they are normally kept in this country.

He said: “I think the majority of people buy them and think they won’t get as big as they do.

“They can grow up to 15 inches, but people think they can just keep them in a fish tank and they’ll be fine.

“Some of them are in a hell of a state when they come in because of how they’ve been kept.

“People should be better educated before they buy them.”

The turtle enthusiast said this leads to a lot of people getting rid of the animals. 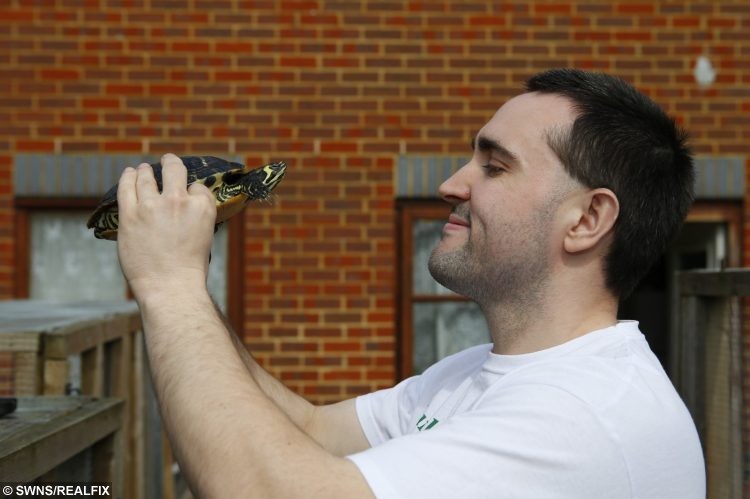 He said: “People either want to get rid of them because they’ve got too big, or because they think they smell.”

“There’s nowhere else for them to go, only to us, but I just want to look after them, I don’t want to see them killed.”

Michael set up the safe haven for turtles, The Turtle Sanctuary, six years ago in Staplehurst, Kent.

He’s now appealing for more donations so that he can expand his services.