Brewster, an English Springer Spaniel, is just a sniff away from serving 11 years on the beat as the Bedfordshire, Cambridgeshire and Hertfordshire (BCH) Dog Unit’s longest serving drugs, cash and weapons dog.

The 13-year-old brown and white canine, 91 in dog years, was the companion of PC Dave Pert.

Brewster, who has one brown eye and one blue eye, retired last Sunday to his handler’s home where he will be able to enjoy all his favourite past-times such as chasing tennis balls, swimming in rivers, eating dog treats and napping.

PC Pert, 59, also happens to be the oldest dog handler in his section.

The proud dog owner said: “It has been an amazing partnership working with Brewster and I’m convinced that if he had his way he would work until he dropped.

“He doesn’t realise he’s getting old so he may take some convincing that he’s not three years old any more.

“When I first got him I wanted to rename him Ziggy, after David Bowie because of the eyes, but we thought it might be a bit confusing for him.”

He added: “I remember on one search of a top-of-the-range BMW that we’d seized from drug dealers I put Brewster in the car to search for drugs or cash but unbeknownst to me the key fob was left on the passenger’s seat.

“I closed the door, as is standard procedure, and he stood on the key fob locking himself him. It took the garage guys hours to pry open the door until they could get Brewster out.”

Brewster was born in North Yorkshire but his elderly owners gifted him to the police force because they realised he had too much energy for them to handle. 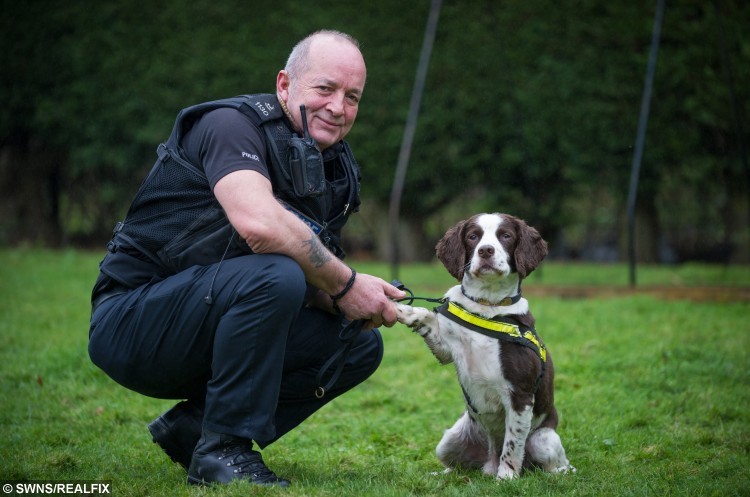 Head of the BCH Dog Unit, Inspector Mark Farrant, said: “Brewster has truly been an outstanding asset not only to our team but to numerous officers across the three counties.

“His super nose has undoubtedly contributed to the arrest and prosecution of a large number of people. His acute sense of smell has led to the seizure of drugs and cash during warrants and operations, saving a lot of time and resources in the process.

“We are very grateful to Brewster for his service. He and his handler formed such a formidable duo during their time together and we hope he will now enjoy a well-earned relaxing and healthy retirement.”

Giles Cooper, a spokesman from Hertfordshire Police Constabulary, said: “Within three weeks of taking Brewster on he became fully trained and licensed as a drugs, cash and weapons detection dog.”

“He is one of the most well-known dogs in the unit – he’s completely irreplaceable.”

Brewster began active service in 2005 and has a specialist nose that has been trained to detect drugs in cars, buildings and open spaces.

He has been involved in major drugs busts across the East Anglia region. 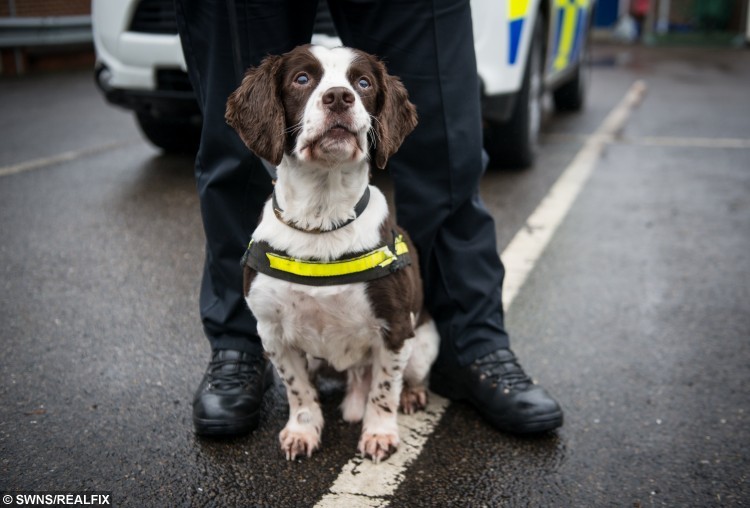 On 2 June 2015 Brewster and his handlers were called to the village of Chapmore End in Hertfordshire after a report of an air rifle being fired.

On arrival two vehicles were stopped by officers and after sniffing around the professional pooch led his handler to a discarded bag nearby containing items suspected to be cannabis.

Brewster has also taken part in multi-agency stings involving the illegal transport of drugs and cash on the M1, M25 and Luton Airport.

As well as tackling crime Brewster and his handler have helped spread crime prevention awareness at schools and social clubs.

Brewster beat the next longest serving dog by a few months – Roy, a German Shepherd, recently retired from the Gwent Police Dog Section after ten years of service.

General purpose dogs tend to retire after about seven years but smaller search dogs, like Brewster, can usually serve for about nine years. 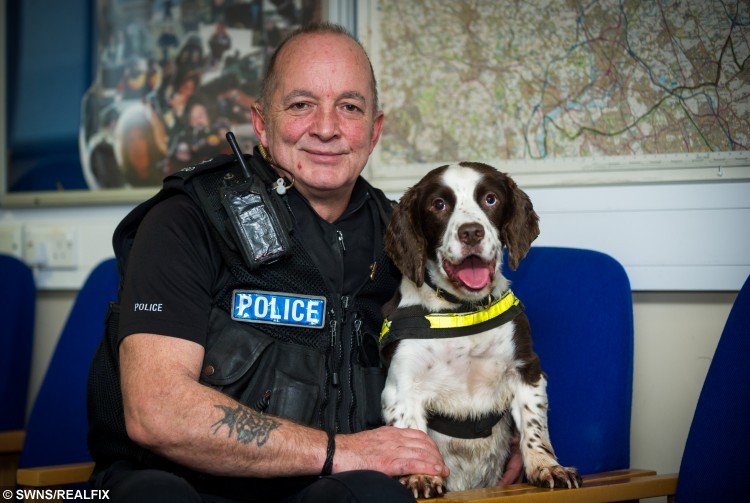 Mum’s grief after a simple cough killed her ‘perfect’ daughter