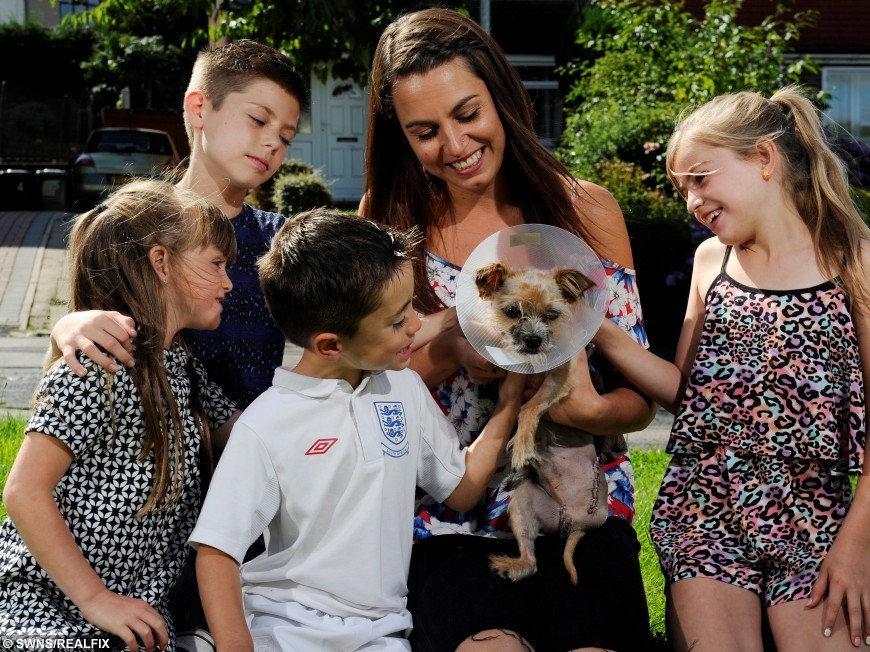 A dog that went missing for four days survived and was found – after dragging himself to safety when his leg was cut off by a train. 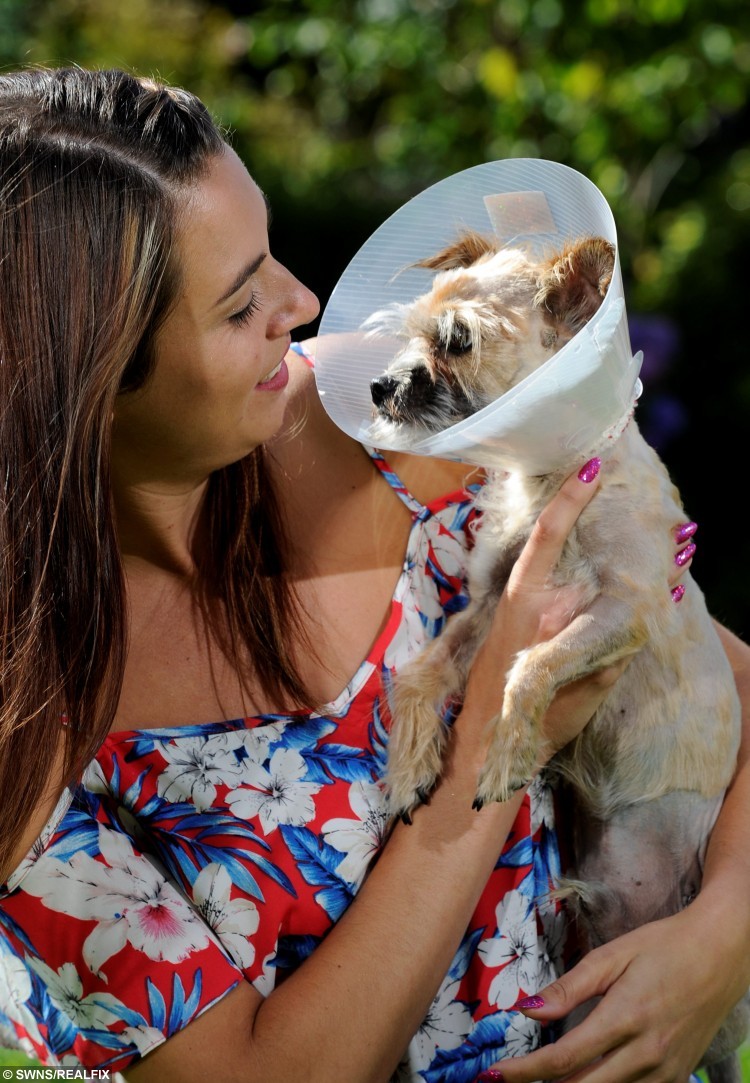 A Facebook appeal had been launched by his worried owners and a woman who had seen the appeal had spotted him on a footpath by a railway bridge.

Vets told Max’s owners, the Lamb family, from New Farnley, Leeds, West Yorks., that his back left leg had been severed in a clean cut and was probably the result of him being struck by a train.

The Lamb family had left Max with a friend in nearby Bramley, while they went on holiday to the seaside town of Filey, North Yorks.

Max went missing on the morning of Friday, August 21.

The devastated family cut their holiday short and launched a Facebook appeal to find their beloved pet. It was seen by thousands. 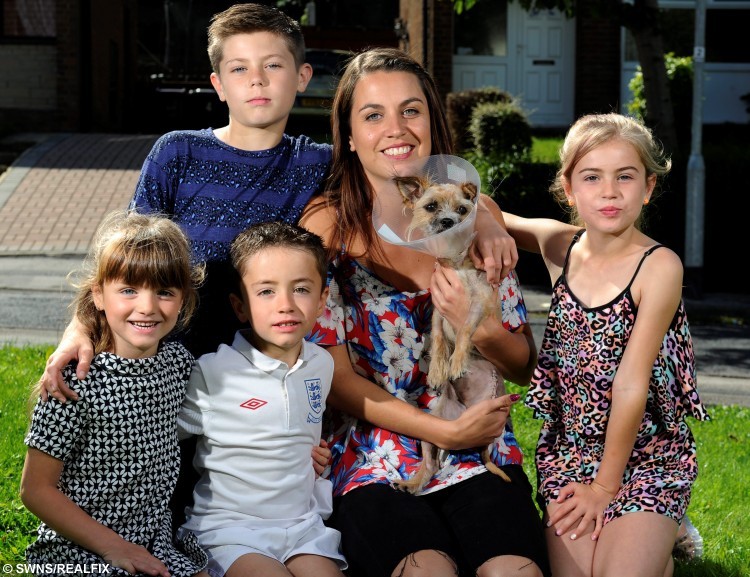 The family back together with Max

The family got news little Max had been found the following Monday.

Janette Simon found Max lying on the path near her home at around 12.30pm.

She said: “He was in a really sorry and horrible state. It was a while until I realised he had a leg missing.”

Mum-of-four Becky Lamb, 29, said: “He had somehow managed to drag himself down the line to the nearest opening that brought him near a house where the owner noticed him from Facebook.

“He was a total mess, but somehow he was alive.

“The determination to get home and the huge awareness through social media and the kindness of strangers had saved my dog’s life.”

“He had to be rehydrated and have a massive amount of antibiotics and painkillers. He had the rest of his leg amputated and the next day he came home.

“My phone still does not stop from people wanting to know how Max is.”

Max is recovering and is being cared for by Mr and Mrs Lamb and their five-year-old twins Jake and Ellsie, nine-year-old daughter Ruby and 11-year-old son Alfie.

Mrs Lamb said: “He is recovering really well. He is very thin but he is doing brilliantly.” 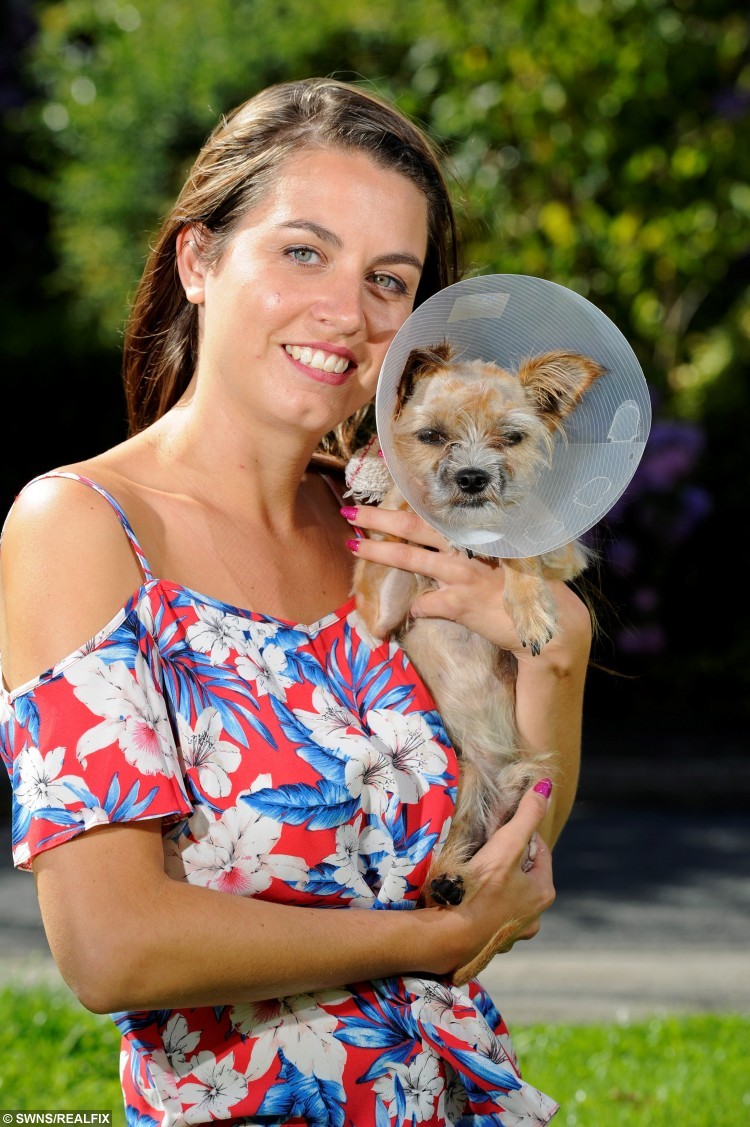 « Previous post 'Tanorexic' who even used sunbeds while 9 months pregnant is diagnosed with skin cancer
Next article » You'll want to know why there is a horse at this wedding! 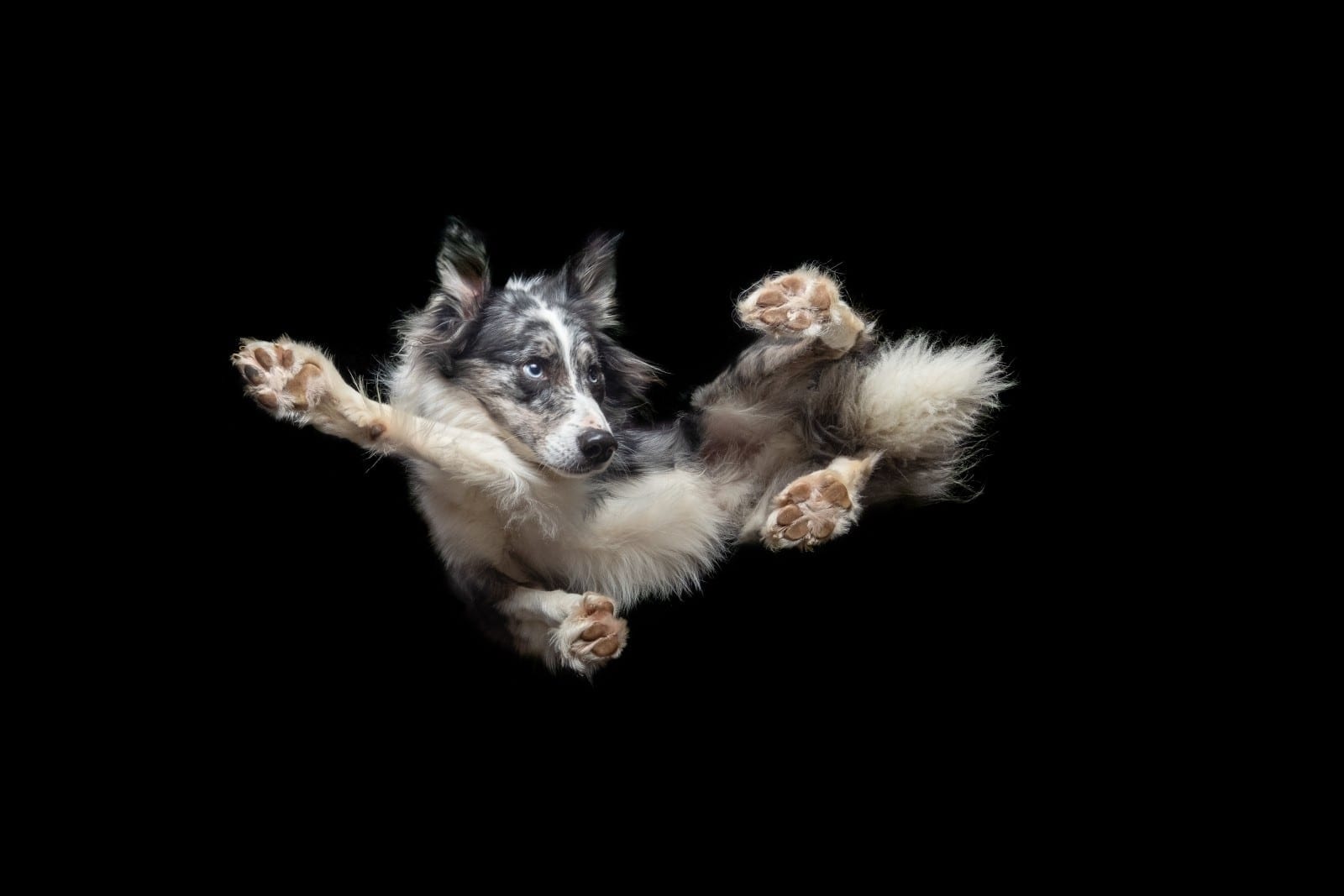