These are the eight adorable pheasant chicks whose eggs were recused from a grass fire by caring firefighters.

The chicks, who hatched two days, are being cared for by staff at a wildlife centre who say they are doing well.

The eggs were rescued by hero firefighters tackling a grass blaze in Linwood, Renfrewshire last week. 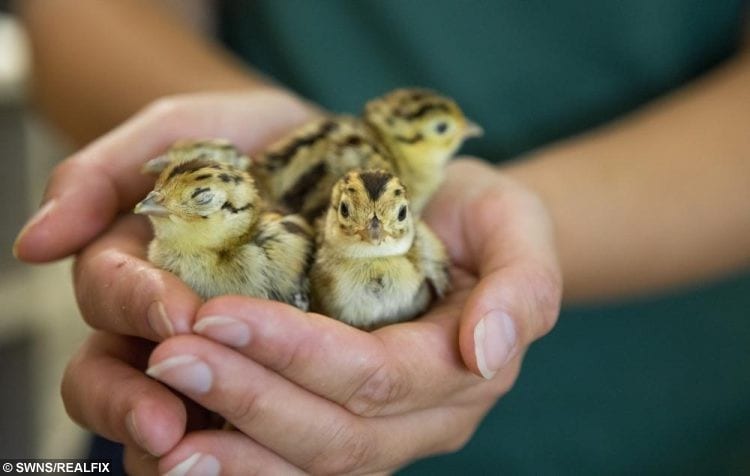 Jen Beasley, a senior hospital assistant at Hessilehead Wildlife Rescue Centre, Ayrshire, is caring for the chicks — which she says are the same size as her thumb.

“Last Wednesday we got a call from Johnstone fire brigade to say they had found the eggs in a nest while fighting a peat fire.

“I went down to collect them and the kindly showed me where the eggs were found and were able to say when the mother was last there which was really helpful.

“There were 11 eggs and four fertilised. Four days later they hatched in the incubator. They are just thumb size at the moment.” 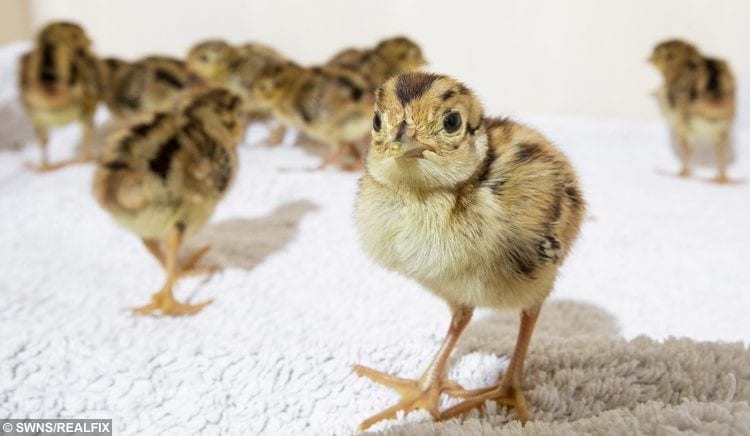 Jen, who is the chicks primary carer, looked after the eggs while in the incubator, rotating them daily to stop them sticking to the shells.

The tiny birds are doing well and are being fed chick grains and mealworms while staff encourage them to try and find their own insects.

Jen said: “Once they have grown big and strong enough they will be put in the outdoor aviary.

“They will then be given a soft release first to see how they get on in a month or so.” 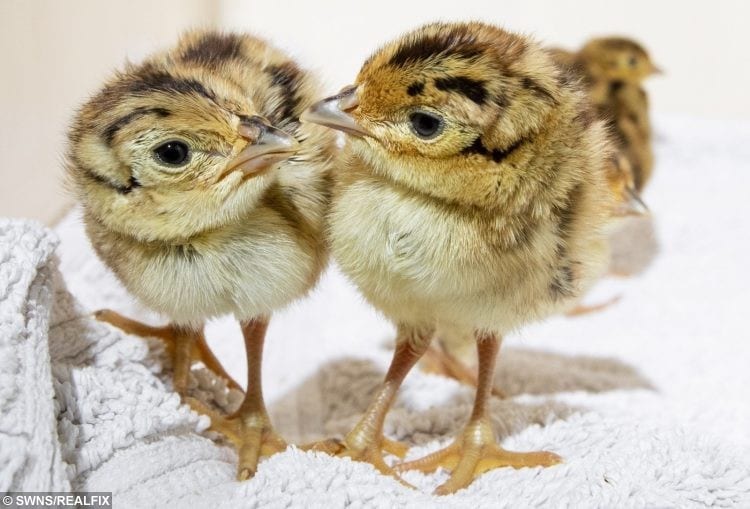 Thanking the Scottish Fire and Rescue team, Jen said: “The team didn’t give up on finding them a home, even after calling other places who couldn’t take them.

“Even though they are busy they still call and check in on how the chicks are doing.”