by RealFix
in Animals, Crime
0

William, a greyhound-saluki cross when he was described as the thinnest dog the RSPCA had ever seen. See News Team copy NTIDOG: A puppy who was described as the thinnest dog an RSPCA inspector has ever seen is on the road to recovery after being rehomed by a loving family. Just four months ago, shocking photos of William, a greyhound-saluki cross, hit the headlines after he was handed into an RSPCA branch in Coventry, West Mids., in a severely emaciated state. When he was found, he weighed just 3kg - the same as a small cat - and was close to death. The then-six-month-old puppy could not stand up and was classed as severely emaciated to the point of starvation. But now William has made a remarkable recovery and and has been adopted by Rachel Butler and Chris Mallett, from Castle Ward, Derby.

A puppy who was described as the thinnest dog an RSPCA inspector has ever seen is on the road to recovery after being rehomed by a loving family.

Just four months ago, shocking photos of William, a greyhound-saluki cross, hit the headlines after he was handed into an RSPCA branch in Coventry, West Mids., in a severely emaciated state.

When he was found, he weighed just 3kg – the same as a small cat – and was close to death.

The then-six-month-old puppy could not stand up and was classed as severely emaciated to the point of starvation.

But now William has made a remarkable recovery and and has been adopted by Rachel Butler and Chris Mallett, from Castle Ward, Derby. 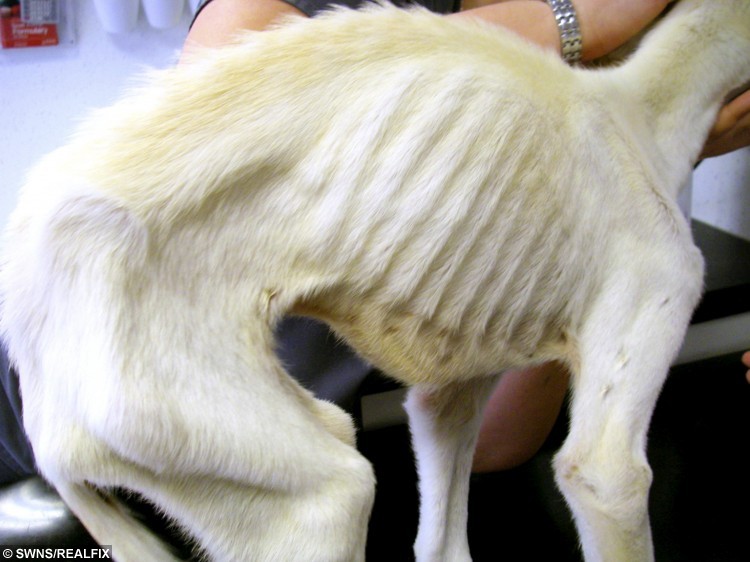 Rachel, 28, who works as a press officer for the RSPCA, said: “An RSPCA inspector contacted me when William was taken into their care to ask if we could put out an appeal in the press asking for people to come forward with information about William.

“His story went absolutely crazy in the media because the photos of him were so shocking.

“The RSPCA inspector said he was the thinnest dog she had seen in the ten years she had been doing the job.

“He was a walking skeleton and you could see every single bone in his body.

“I remember seeing the photos of William for the first time and I was so shocked.”

“It was unbelievable to see what should have been a happy, bouncy puppy looking so close to death.

“I couldn’t get William out of my mind, and a few weeks later we were given the opportunity to foster him.

“He settled in so well and so we decided to make it permanent.

“He is still underweight and he is currently being fed four times a day, but he is getting there.” 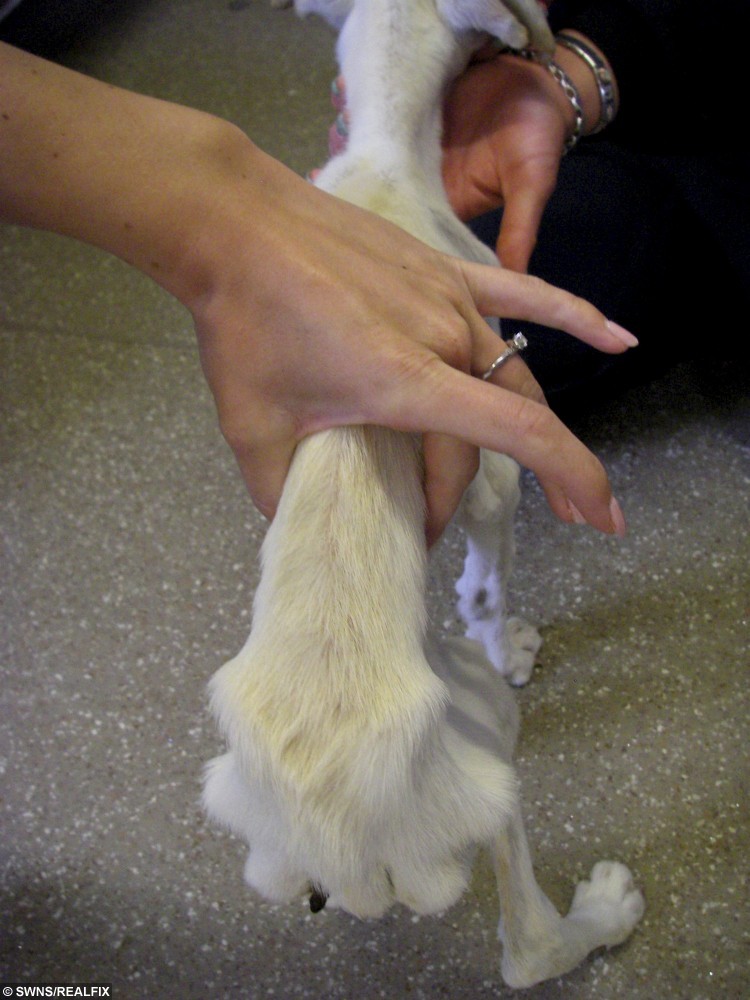 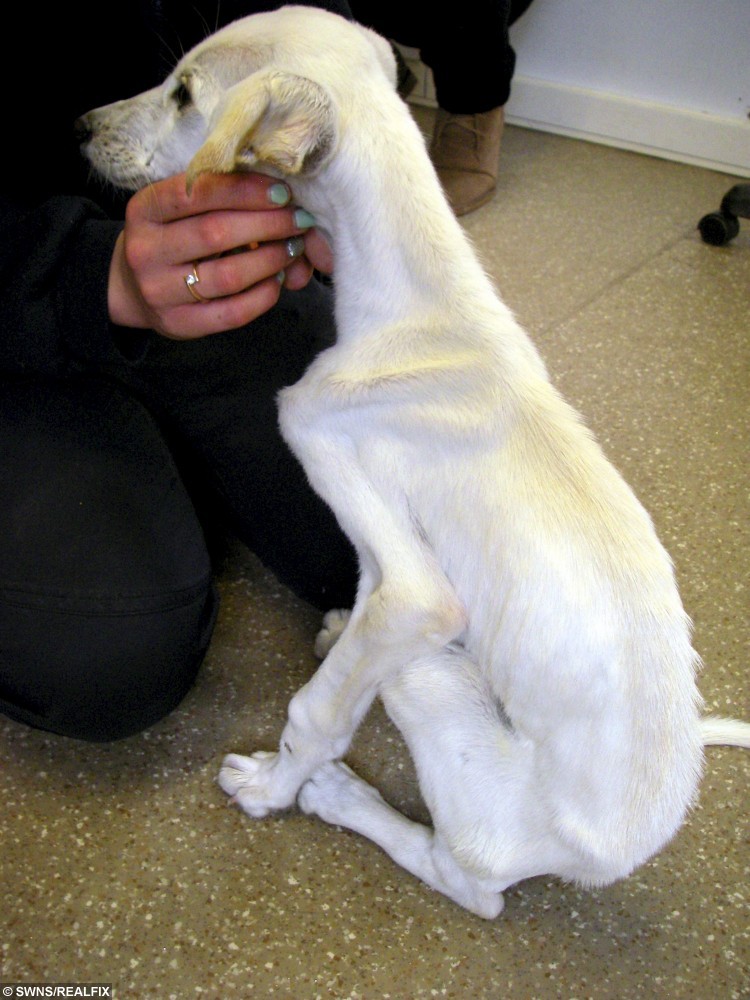 “He now weighs 14kg, which is amazing when you think that a few weeks ago he was only 3kg.

“Psychologically he does still suffer from the after-effects of the neglect, including separation anxiety.

“He has had such a horrible start to his life so it is not surprising that he thinks people will give up on him.

“But we are working on building up his trust in people and he is making really good progress.

“He absolutely loves throwing his toys around and running round the house going crazy.

“And he loves our other dog Harry, he follows him around constantly and Harry is starting to get protective over him.

“It’s purely a coincidence that they share names with Prince William and Prince Harry – but they definitely get treated like royalty at home.

“It’s so hard to believe that he is the same dog who was so close to death just a few months ago.”

“Now his life consists of lounging on the sofa, playing with his favourite toys and trying to convince Harry to play with him.

“He had a terrible start to his life but we are so determined to now give him the life that he deserves.

A couple were pleaded guilty to causing unnecessary suffering to William.

Birmingham Magistrates’ Court heard that Christopher Rushton, 37, and Kirsty Hales, 29, both from Coventry, West Mids., bought William on impulse after seeing him advertised for sale online.

But the pair failed to research how to look after a puppy or how much to feed him, which lead to William losing so much weight that he became seriously ill.

Christopher Rushton and Kirsty Hales admitted they never should have lied about how the William – who was named George at the time – came to be in such a malnourished state.

The couple, from Henley Green, Coventry, handed him in to the RSPCA centre in Allesley in September last year, claiming they had found him two days earlier abandoned on the street.

But an investigation later revealed William had simply been underfed by the couple, who had failed to research the care that a young puppy needed.

Parents Chris and Kirsty, both pleaded guilty to causing unnecessary suffering to the dog, who was around four months old at the time.

They were also banned from keeping all animals indefinitely at Birmingham Magistrates’ Court on Friday (8/1).

They were handed a 12-week prison sentences suspended for a year.

The ban means their two other pets – a dog and a cat – will now have to live with relatives.

Chris, 37, said: “We didn’t go out with the intention of causing him any harm.

“We didn’t realise we were under-feeding him as the bloke who sold us the puppy never told us how much we needed to give him.

“We know we aren’t completely innocent and should have told them straight away what had happened – and we didn’t expect to get off with nothing – but they have made us look like monsters.

“The dog is healthy now and we are happy to know that and we would have loved to have had him back.

“The RSPCA have also said there is nothing wrong with the other animals we have, so why couldn’t they sort it so we could keep them and just stop us from having any other animals?

“We would have been happy with them coming to check every month or anything like that.

“We work full-time and Kirsty has been suspended from her job over this, so what happens if she loses that now?

“We have got two children that have never gone without food and have everything they need to be happy.

“But what if we can’t afford to keep our house?

“This doesn’t just affect us, it affects everyone.” 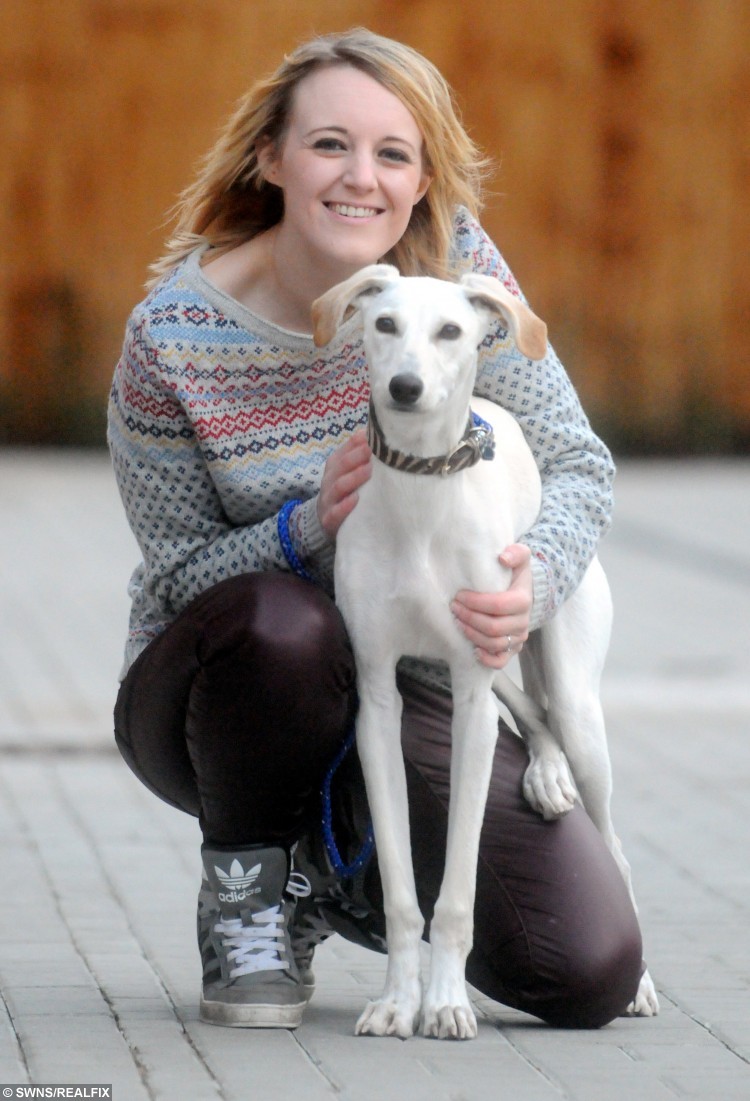 As well as suffering from starvation, William was also anaemic and dehydrated when he was taken into the RSPCA’s care.

RSPCA inspector Nicky Foster, who investigated the case, said: “This would never have happened if they had done their research before getting him.

“Getting a dog should never be done on impulse, and this is evidenced by what happened to William.

“It is heartbreaking to think that, because of this, four months ago he was close to death.

“Thankfully, William has made a fantastic recovery and has now been rehomed with a family who dote on him.” 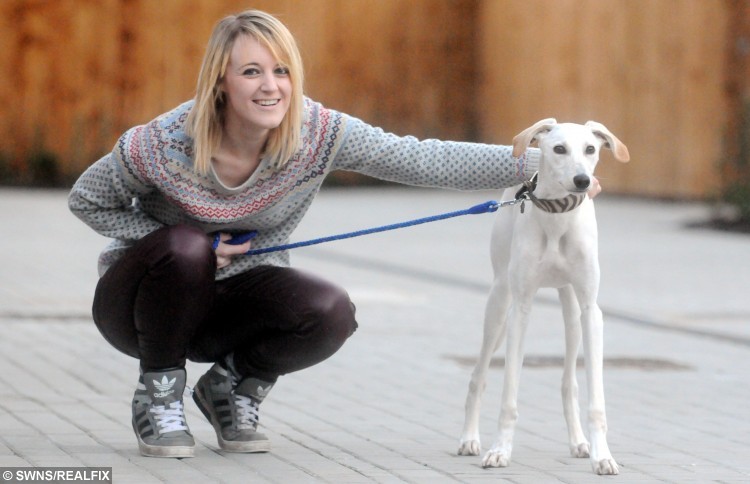