Tinkerbelle the whippet who was beaten by James Cooper.

A thug who beat his girlfriend’s dog to death and severely injuring another has been spared jail by a judge – because “prison would destroy his life”.

A post-mortem examination found Millie had emphysema and bruising – much of which was inflicted just 24 hours before she died.

He admitted beating six-year-old Millie to death – just months after he attacked another whippet called Tinkerbelle, leaving her with “human bite wounds” and injuries “akin to torture”.

Cooper was handed a 12-week consecutive prison sentence for each offence to be suspended for two years.

Judge Cooper said: “I have come to the decision that an immediate prison sentence would utterly destroy you.

“What you did was vicious and savage but little would be achieved in the long run by sending you into custody.”

He agreed with the RSPCA, which brought the case, that Cooper’s actions were “difficult and disturbing” and said the defendent had struggled to accept responsibility for the brutal assault.

“It has been an agonising and hard decision to come to,” he added.

“The most difficult decision of today is not to send this young man into immediate prison but it is one, in my long experience, that would completely destroy his life.

“Tinkerbelle made at least five visits to the vet for treatment while in your care and from that, examinations revealed that she had been severely beaten, suffering fractured ribs and a human bite wound and the effect on her was akin, in my judgement, to torture. Nonetheless she recovered, even if she had to have her tail amputated.

“Millie was taken back on the third examination while she had been in your care and you had been under investigation. They found her covered with wounds to the mouth and multiple fractured ribs which ultimately led to her death.

“I agree with the RSPCA that it is a difficult and disturbing case. You gave a variety of explanations for these offences but, in fact, you finally accepted your responsibility.

“This case has rumbled on for nine months due to your inability to accept your responsibility.”

Cooper, of Greenmeadow, Swindon, was ordered to carry out 150 hours of unpaid work and slapped with a lifetime ban from owning animals.

Matthew Knight, prosecuting, told the court: “The defendant still hasn’t provided an explanation of what happened or why these offences occurred.

“In regard to Millie, the defendant said she had jumped over a six-foot fence and fell on some brambles, which is how she sustained the injury.”

Cooper had also told vets Millie had run into a patio door.

“However when asked he said the further injuries were caused by the fact he gave CPR.

“She suffered a number of blunt force trauma injuries and I am in no doubt that she was killed by the defendant.

“Her injuries were extensive, widespread and severe. In my opinion they were sustained on more than one occasion.

“There are striking similarities in the way both Millie and Tinkerbelle were assaulted front on, sustained multiple fractured ribs and swelling to the left side of her face.” 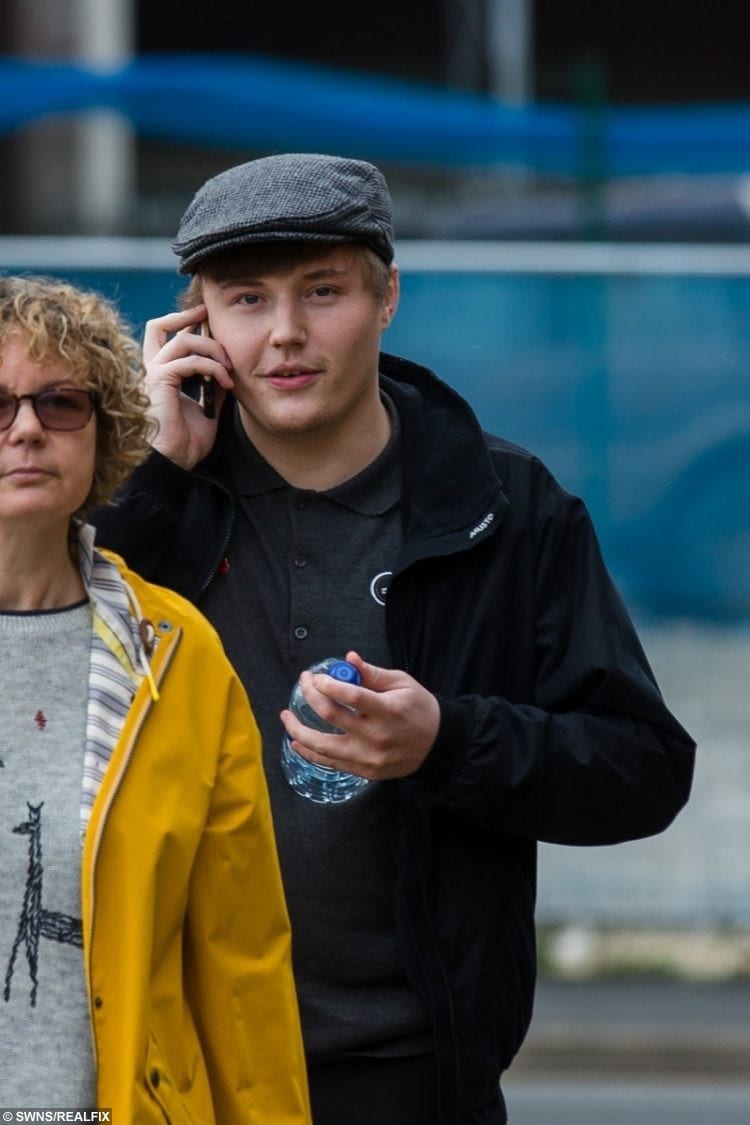 At an earlier court date Cooper admitted two counts of causing unnecessary suffering to the two female dogs while in his care between August and September last year, and in May this year.

The same charges against his girlfriend, Katie Gardiner, were dropped.

“In relation to the offences, there is not much I can add to make them any less distasteful,” said Mr Williams.

“James Cooper has struggled in articulating and expressing exactly what happened.

“There is quite a lot that can shed some light on what has happened in James Cooper’s life. He had moved in with Katie Gardiner last year and it was his first serious relationship and the first time he moved away from home. He struggled and he accepts he lashed out at the dogs.

“He has dabbled in drink and drugs and has since abstained from those substances.”