6yo Jack Russell Ferdy who was attacked by a pitbull in Brentwood, Essex.

A terrified pet owner could only look on in horror after his Jack Russell was ‘thrown around like a rag doll’ when a gang of thugs deliberately set a pit-bull type dog on it.

Dariuz Asmus, 49, was flung to the ground by the yobs before they set their snarling dog on his beloved pet Ferdy.

The thugs threatened and kicked Dariusz as he scrambled to his feet to try and pull the dogs apart but it ‘all happened so fast’.

And when six-year-old Ferdy was left for dead, the group of six yobs, believed to be between 16 and 21 fled the scene with their vicious canine.

Dariusz’s daughter, Paulina Asmus, said: “These people pushed my poor dad down as slope to get him out the way, snatched Ferdy out his hands and let their dog rip into him.

“The dog went straight for his neck- you could tell it knew what it was doing.

“My dad could only watch from the floor as Ferdy was shaken around like a rag doll.

“He got up to try and help but the boys were shouting threats at him and kicking him to keep him on the floor.

“He would do anything in the world to help that dog but he was helpless.

“It only stopped when a woman started screaming and running over from the distance and by this time Ferdy was lying motionless. They must have thought they’d killed him.”

Ferdy was rushed to a vet after the November 1 where he was kept over night and treated for severe bleeding, ripped off fur and bite marks on his neck.

The dad-of-two had been walking in a park only across the street from his home at 8pm in Brentwood, Essex when he noticed the group approach.

Today he was too traumatised to talk about his ordeal.

However his daughter Paulina, 21 who was at university in Leicester at the time added: “It all happened so quick.

“They wanted to get my dad out of the picture so they could set their dog on Ferdy and watch them fight.”

When lorry driver Dariusz got to his feet, he pulled out his phone and began to call 999 as Ferdy lay whimpering in pain and the gang sprinted into the distance.

Paulina believes that the dog was trained to fight and that the attack was planned by a dog fighting group because the boys laughed and filmed the whole think on mobile phones.

Paulina added: “Ferdy is like another member of the family and he is just so important to us.

“I am just heartbroken by all this and wish I could have been back from university at the time to comfort my dog and family.” 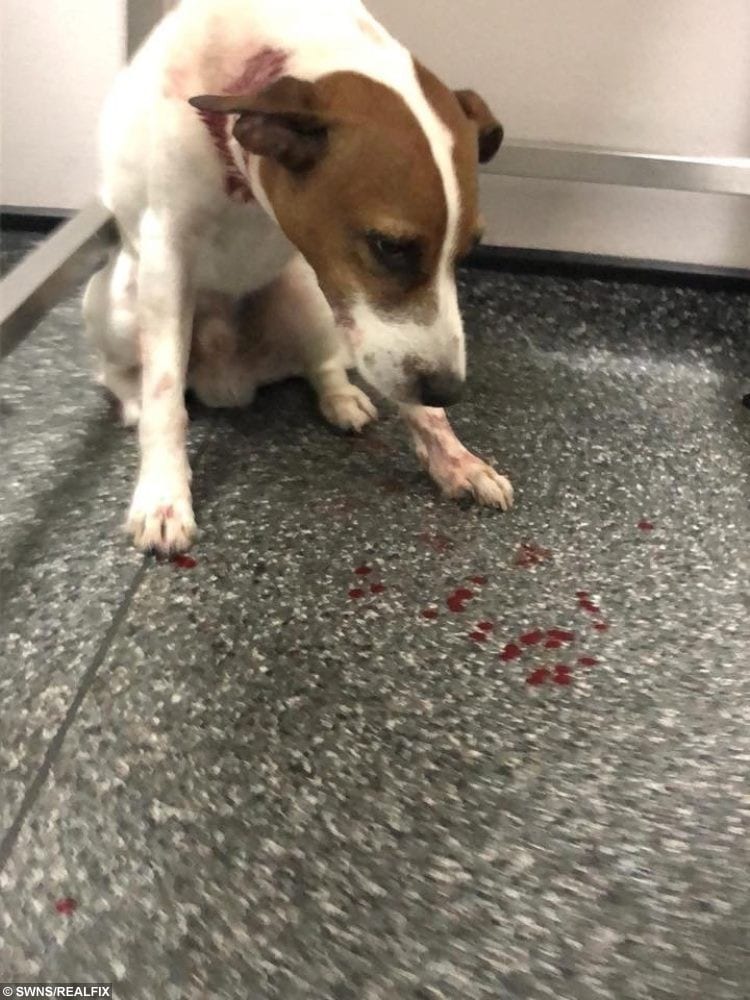 Paulina says her dad, who thankfully was uninjured has been left traumatised and shaken by the incident.

Ferdy’s wounds are recovering well but the family are scared to walk their dog after the targeted attack.

Paulina later shared an emotional plea online urging people to report these ‘violent and disgusting people’ if anyone saw the incident. 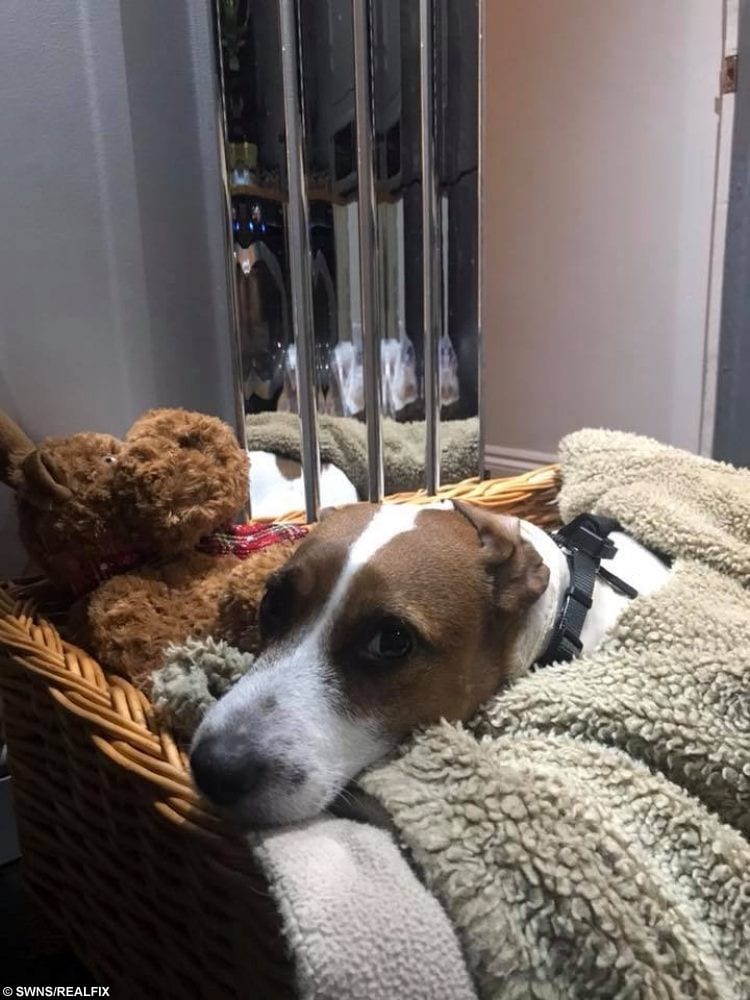 A spokesperson for Essex Police said: “We were called around 8.30pm on Thursday, November 1, with reports of an assault on a man in Brentwood.

“A man and a woman were walking their dog on Wash Road in Hutton when another dog started to attack their dog. ‘

“The dog’s owner attempted to separate the dogs, but was stopped by around six men who were reported to have started to kick the victim.

“Thankfully, the victim was not seriously injured, however the dog sustained substantial injuries.

“Witnesses or anyone with information are asked to contact Braintree Community Policing Team on 101 quoting reference 42/159814/18.

“Information can also be given completely anonymously to independent charity Crimestoppers on 0800 555 111 or online at crimestoppers-uk.org/.”