This is the moment a quick thinking vet nurse gave an exhausted Bumblebee back its buzz after it struggled in the summer heatwave.

This is the bizarre moment a veterinary nurse saved her tiniest patient from the heatwave – a dehydrated BUMBLE BEE.

Donna Chester-O’Neill, 39, spotted the struggling insect as it was crawling on the ground outside the surgery as temperatures soared to 86F (30C).

She dashed outside with a syringe full of sugary water and dosed the parched bee back to health.

Incredibly, after a few minutes the bee regained its strength and buzzed off.

Just hours after posting pictures of the rescue on Facebook, they were viewed and shared more than 8,000 times across the world.

Donna, from Strickney, Lincs., said: “I found the bee outside the surgery and it was the first time I tried it.

“I got the idea on Facebook, you’re supposed to administer the solution with a teaspoon but there was none around so a syringe was the next best thing.

“It was so cute to see it drinking the solution which is made from two parts sugar, one part water. 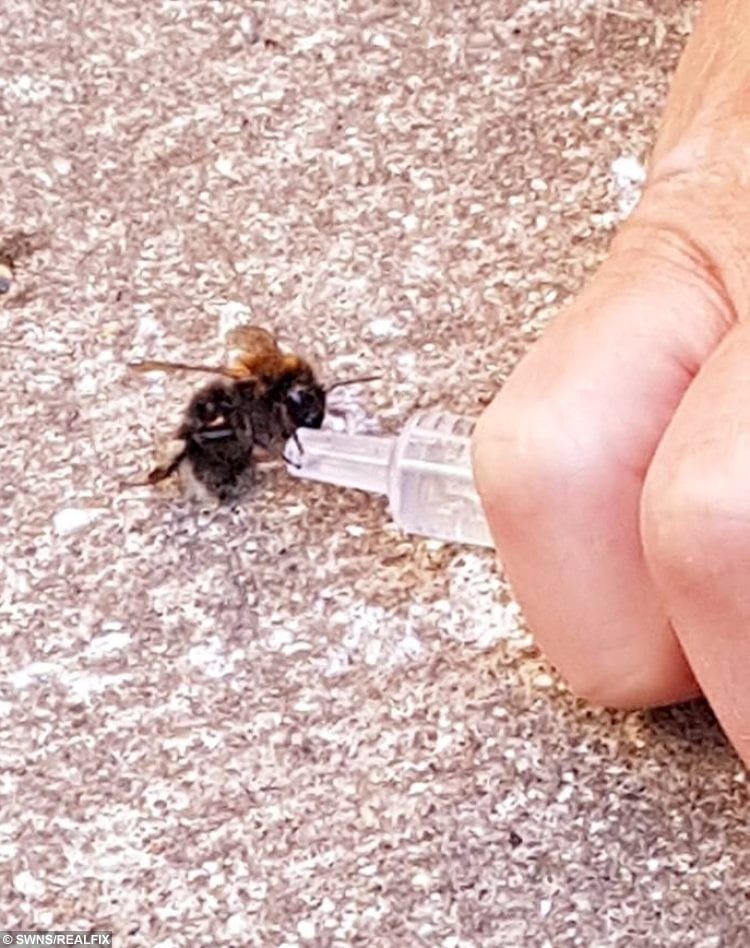 “This is just something that we can do to help because bee populations are having a hard time at the moment.

“The day was scorching hot and I just couldn’t stand to see it suffer in the heat. I’m glad I could help.

“It was certainly the smallest patient I’ve ever treated.”