These shocking images show a dedicated team of environmentalists saving stricken seals from starving to death after being caught in discarded fishing lines off the coast of Africa.

Members of Ocean Conservation Namibia have saved more than 700 seals from dying a slow, agonising death over the last eight years.

Many seals die after the nylon line cuts into the growing animal’s flesh, or they are slowly throttled, and starve to death as the lines tighten around the neck. 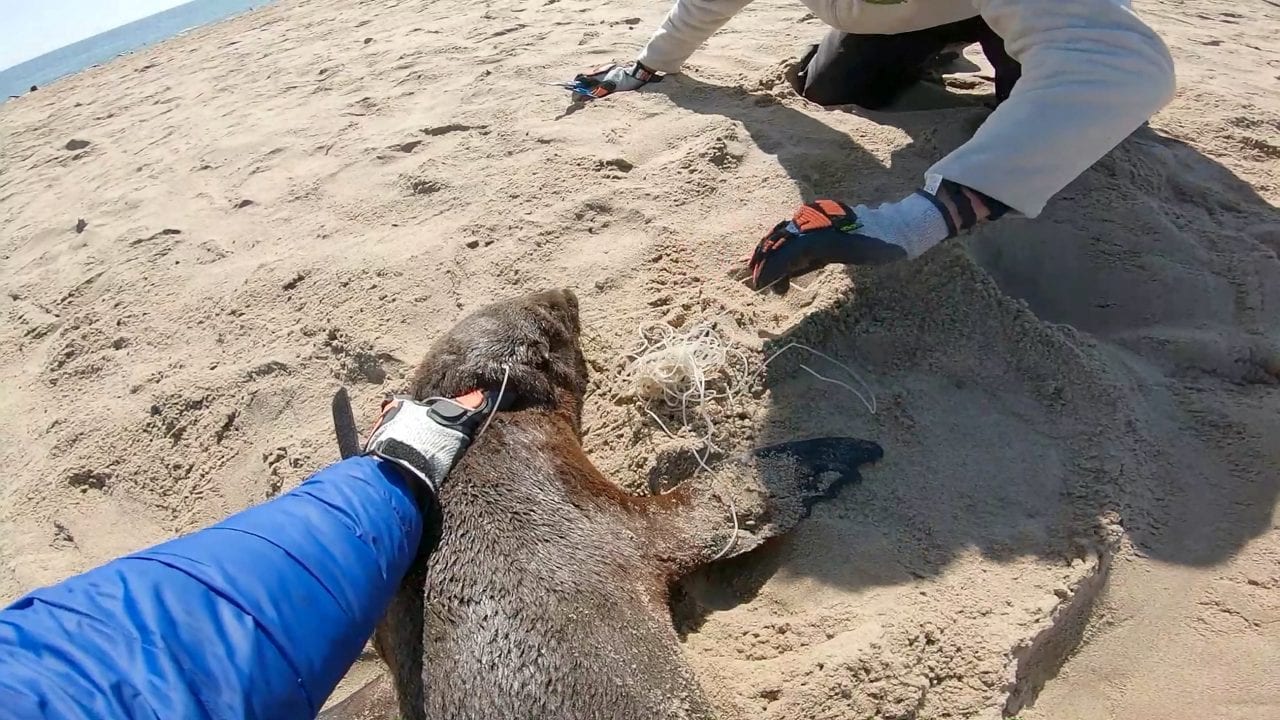 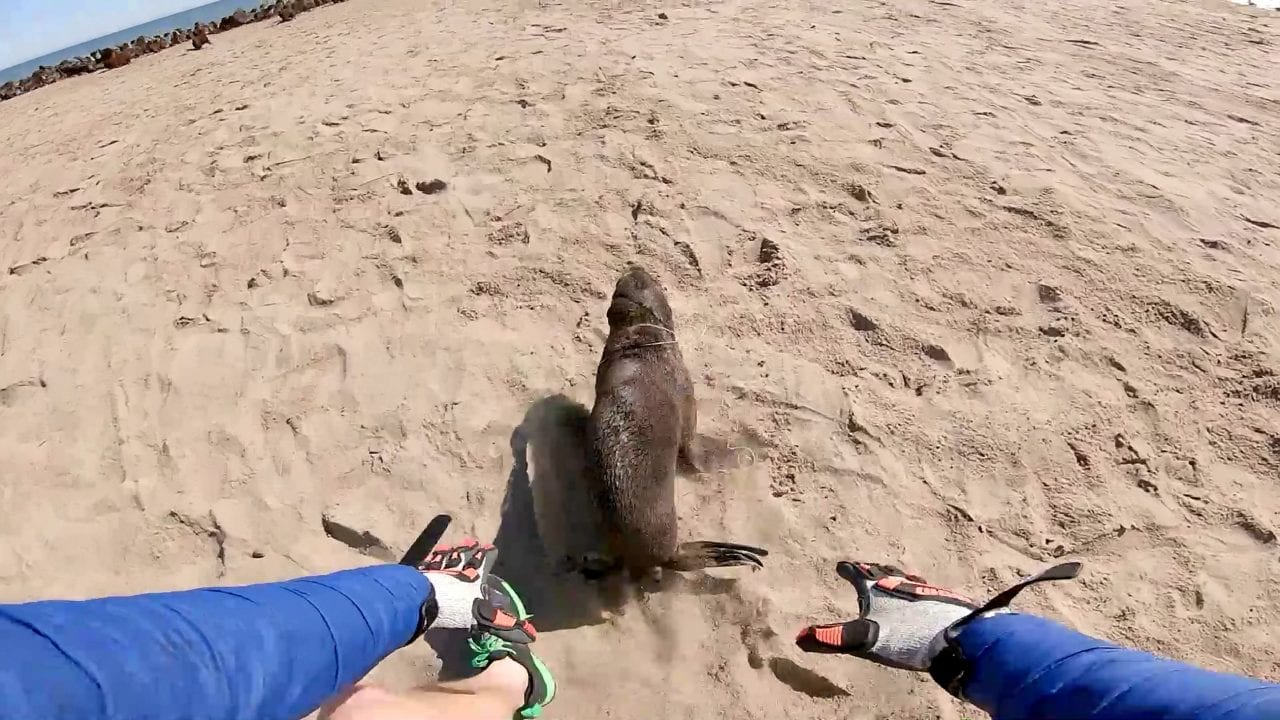 Naude, 37, said: “We spend up to six hours a day monitoring the seals with binoculars, scanning each group for signs of wounds or entanglements.

“Sometimes they’re obvious, but often it’s very subtle. Sometimes it is a soft material that can be cut with scissors or knife.

“But it can be a heavy duty wire or hook that might even need a bolt cutter.

“It can be quite dangerous as the other seals are very protective. They are wild animals and, if they feel threatened, can get aggressive. We have been bitten in situations like this. 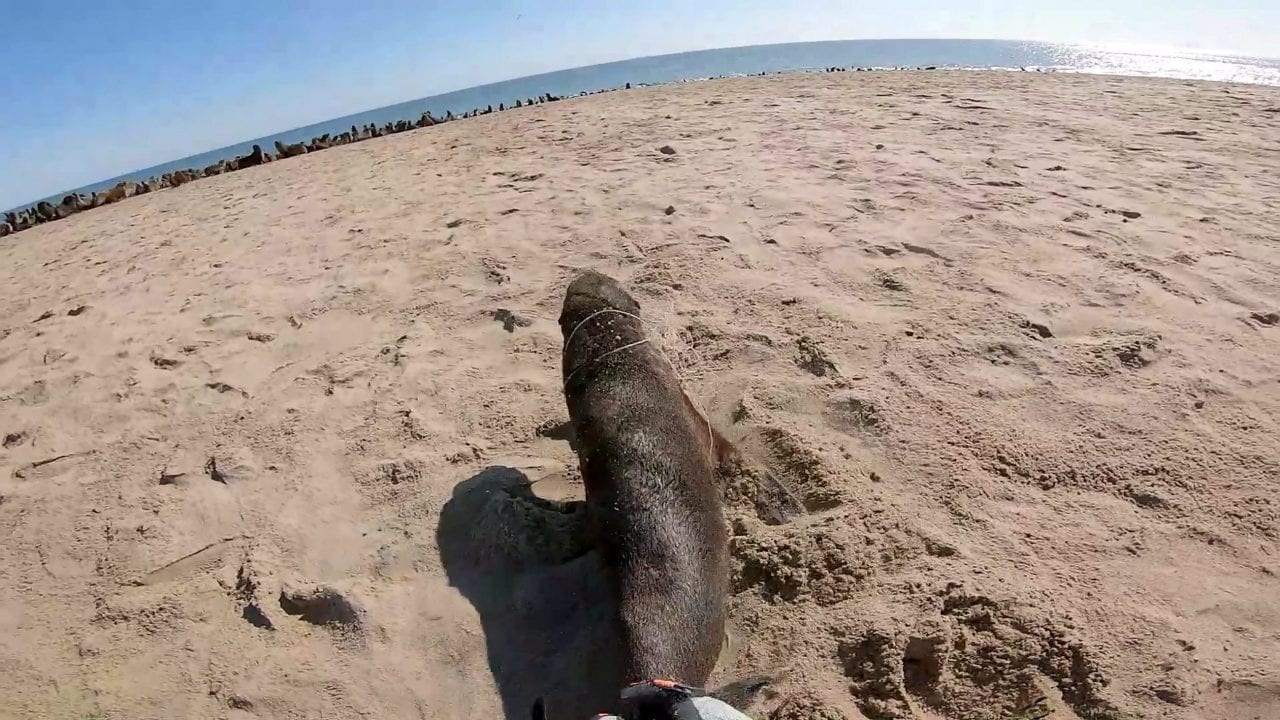 “Seals are generally non aggressive, they are very strong animals and will act in self defence when restrained.

“Once released they will charge straight into the ocean. The salt water is very antibacterial and acts as a great disinfectant for open wounds.

“I am truly lucky that I am doing exactly what I feel I should be doing right now. I want people to realise that we have a huge global problem with ocean pollution and ghost fishing gear,.

“I hope the videos make people more aware about picking up trash after themselves, and using single-use plastics.”