This is the shocking moment a thug is filmed beating a defenceless puppy which yelps throughout the horrific assault.

Sick Thomas Miller, 25, is caught red-handed violently kicking his husky-type dog, Gizmo, in the face in a bid to silence him.

Moments before the brutal attack, Miller appears to walk into his back garden towards the submissive dog before shouting “why are you looking at me?”.

For what seems to be no reason whatsoever, the cruel pet owner then begins mercilessly kicking the cowering pooch.

It’s believed a horrified neighbour filmed the attack from her window after hearing the man shout at his dog, which she passed to police.

Miller, from Mexborough in Doncaster, south Yorks.,, was jailed for 18 weeks at Doncaster Magistrates’ Court on Monday.

Miller is set to serve his animal cruelty conviction alongside a previous offence of dangerous driving after being convicted in April.

His two dogs Gizmo and Reco were taken from him by the RSPCA and are set to be rehomed.

The defendant was also ordered to pay £500 court costs, a £115 victim surcharge and given a lifetime ban from keeping animals.

Speaking after the hearing, RSPCA inspector Keira Benham said: “It’s clear from the footage that Gizmo is petrified of Miller.

“He knows what is coming as soon as Miller begins to approach him, he’s entirely submissive and crying out before he even kicks him, as if he’s pleading him not to do it, but Miller does it anyway. 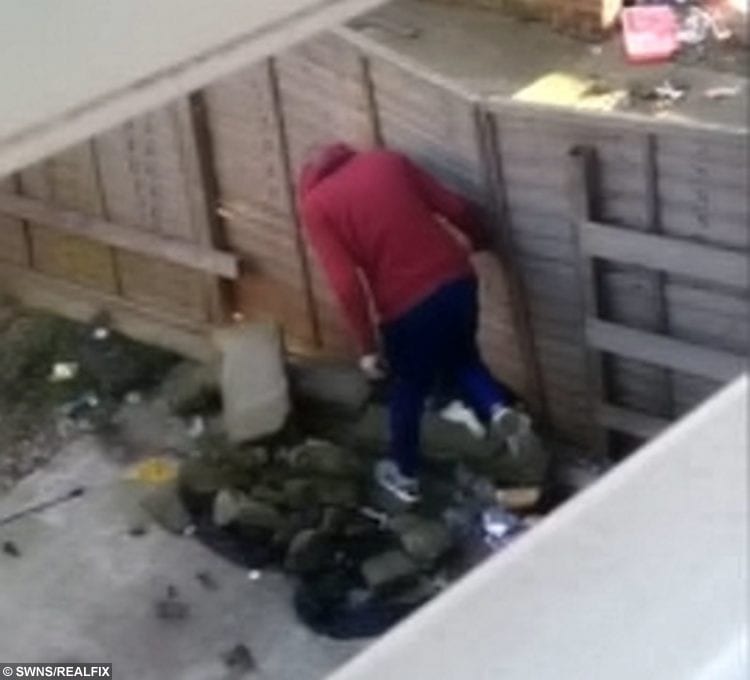 “It’s an utterly disgusting way to treat an animal, let alone a puppy.

“I want to thank the member of the public who contacted us about this, who was so brave, we’re so grateful to her.

“And I hope that Gizmo and Reco, Miller’s other dog who he was also deprived of, will now be able to enjoy the amazing new forever homes that are lined up for them, where they’ll be spoilt rotten.”