Weasel The Size Of A Thumb Bottle-Fed Back To Health

A little weasel which is no bigger than an adult thumb is being nursed back to health after she was found separated from her mother.

The little critter was found abandoned in a park by a member of the public just three to four weeks after being born.

The little orphan, named Susie, weighs just 16 grams and is now being bottle-fed after being taken in by an animal welfare charity.

The Scottish SPCA said they were alerted after the tiny weasel was discovered in Newcastleton, Roxburghshire, on 12 May.

She is now being rehabilitated at the charity’s National Wildlife Rescue Centre in Fishcross, Clackmannanshire, where she has been named Susie.

Centre manager Colin Seddon said: “Susie is only 16 grams at the moment and is being given milk every two hours.

“She has been showing an interest in chewing recently so we’re hoping to try her with solid food soon as weasels start to wean before their eyes are open. 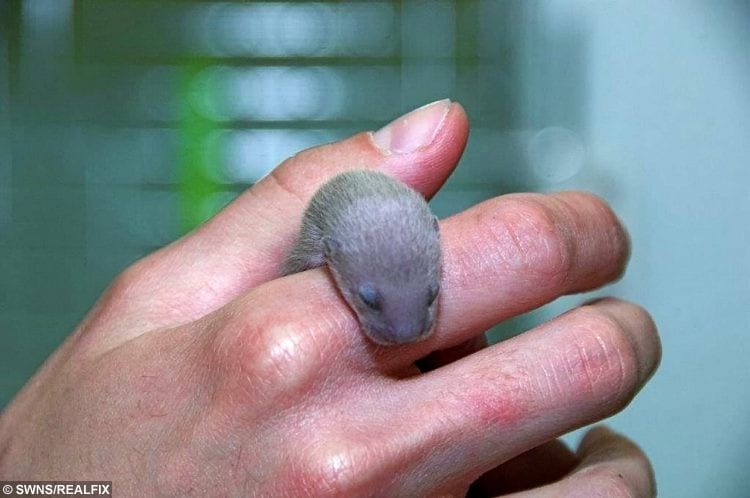 “We have successfully reared other members of the mustelid family before, including badgers, otters, pine martens, stoats and weasels.

“Don’t let how cute Susie is fool you — weasels are Britain’s smallest carnivore.

“Once fully grown they are fierce hunters and due to their size they are able to pursue mice and voles in their burrows.

“We expect that Susie will weigh approximately 60 grams as an adult, whereas males can weigh up to 170 grams.”