A wildlife park is celebrating the arrival of porcupine TWINS – its first in 47 YEARS of being open.

The as-yet-unnamed and unsexed twins were born in March this year to first-time mother Stempu and father Prickle, who were introduced in October 2016.

And staff at Cotswold Wildlife Park in Burford, Oxon say the porcupettes are doing ‘really well’ and are ‘perfect miniature versions’ of their parents. 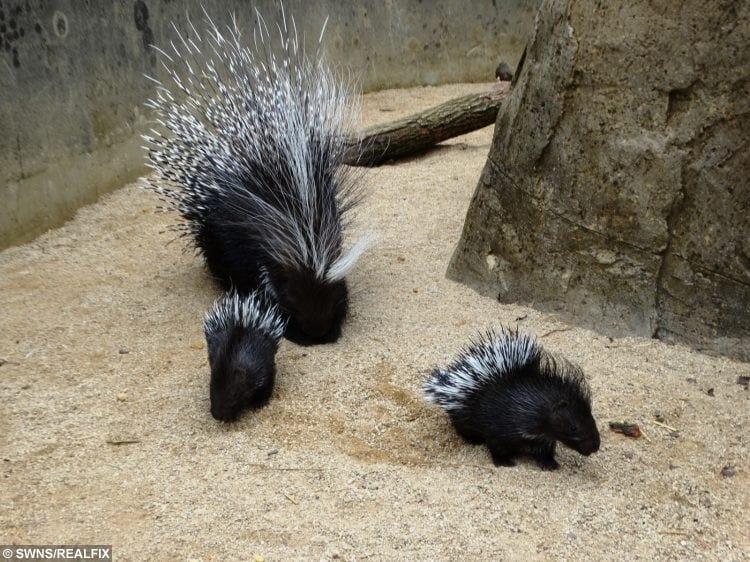 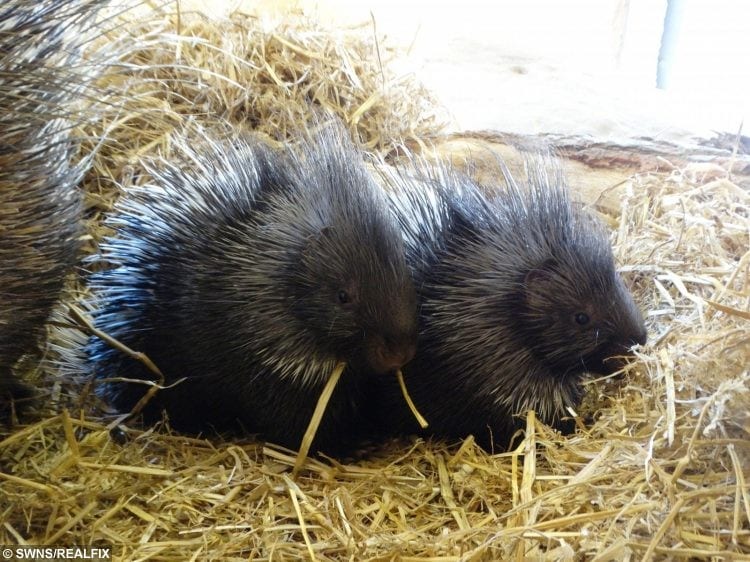 “The twins have already developed their mother’s habit of stamping their feet, indicating their frustration at keepers disturbing them.

“Four-year-old Stempu is notorious for that and has been protecting her first litter with great ferocity – she and Prickle are proving to be formidable parents.”

Mr Kibbey added that the babies were born around Guinea Pig-sized with a full set of quills, which immediately after birth began to harden in the air and become prickly.