A woman has been fined over £800 after she breached environmental rules – for having too much DOG POO in her garden.

Ria Parks, 34, ignored a community protection notice (CPN) for not clearing up the mess in her own yard.

Pictures taken by an environmental officer show dozens of piles of faeces at her terraced property in Normacot, Stoke-on-Trent, last year.

Parks was prosecuted in her absence for two counts of failing to comply with a CPN at North Staffordshire Justice Centre on Friday (10/3).

She was ordered to pay £860 in fines and court costs for the dog mess and a separate offence of leaving her bin out for collection on the wrong day. 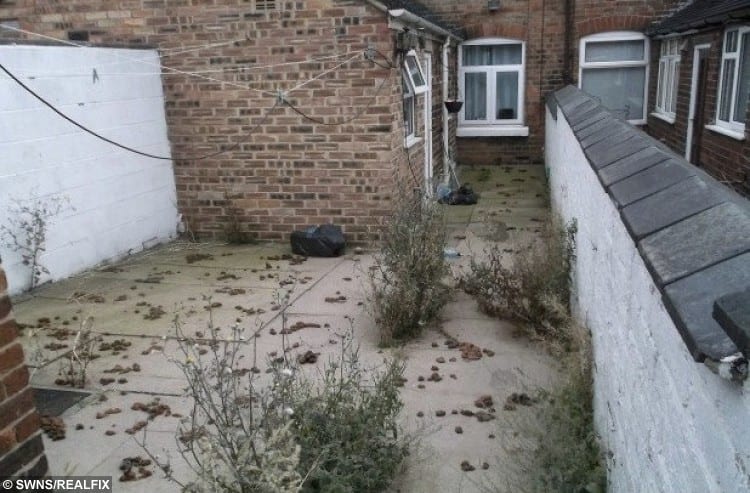 Prosecutor Kirsty Messenger said: “The local authority has a duty of care to protect people from anti-social behaviour.

“An environmental officer was on patrol in Argyll Road when they found a bin on the public highway on the incorrect day and dog faeces in the back yard.

“A letter was sent to the defendant and further inspections took place later in the year.”

Environmental crime officer Chris Oldfield said: “In this case there was an accumulation of dog mess in the garden.

“We dealt with that because it was an environmental crime, and as you can imagine, if you were her neighbour you wouldn’t like it.

“We have a zero-tolerance policy on such issues. It certainly creates a nuisance to neighbours.”

Stoke City Council rules state residents must put their bins out before 7am on their designated collection day- and not before 7pm the night before.