Sarah Kocher, 20, rescued pot-bellied Petunia after she was abandoned by her original owner.

Now the house-trained hog lives at Sarah’s house with her family and their other pets – two pugs, a Labrador, a cat, tortoise and chicken.

The 45lb piggy demands food at 5am, rolls over for belly rubs and sleeps in a specially-arranged pile of pillows on the bedroom floor.

She eats everything she can get her snout on but her favourite snack is Cheerios, with her gobbling down a box a month.

Funny footage shows Petunia being coaxed into a paddling pool because the oat cereal has been scattered in the water.

Owner Sarah, a farm worker from Mesa, Arizona, said: “Petunia lives in the house and she is a bit of a diva.

“She is so full of personality – she is sassy and smart. When she doesn’t get her own way she will have a temper tantrum and throw herself on the ground.

“It’s like she’s a toddler, but she is generally well behaved.”

Petunia, a pot-bellied pig, was abandoned by her original owners.

Sarah’s friend adopted her for a while and then, in October, Sarah’s dad – who works on a farm – brought her home.

The precious piglet has since settled into a comfortable lifestyle.

Every morning at 5am Petunia wakes up the family because she knows that’s when the three dogs in the house are fed.

She waits by the gate in the garage – where the grub is kept – until she gets her fruit, veg and hay for breakfast. 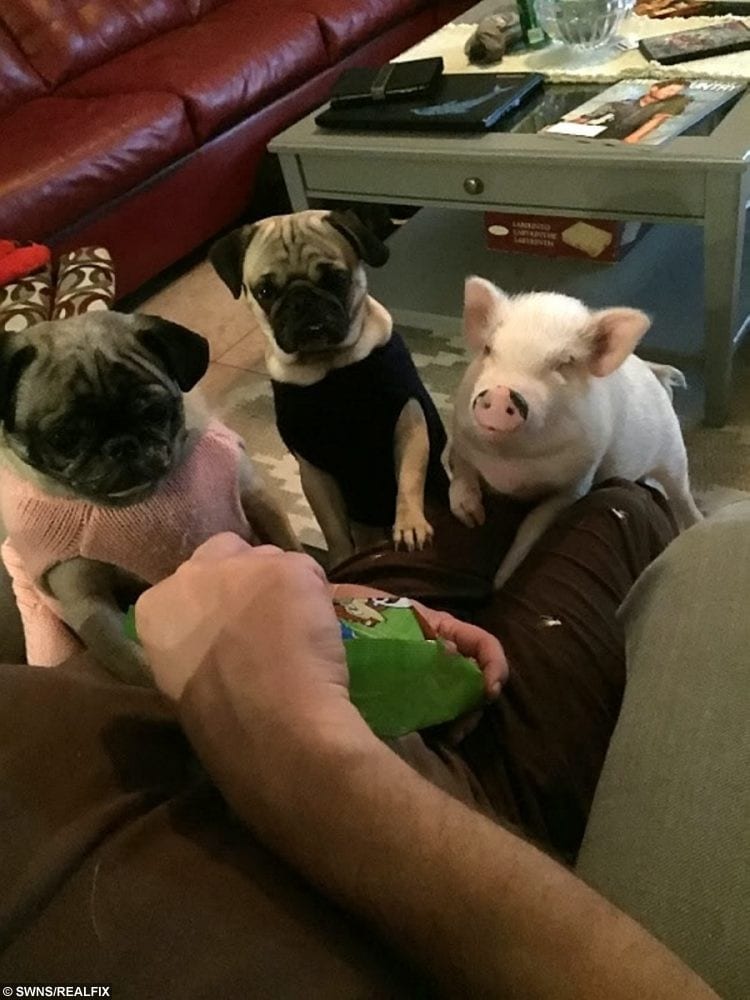 She also begs for food whenever she hears a wrapper rustling or packet being opened, with her favourite snacks including pretzels, bananas and cheerios.

Sarah, who cares for Petunia with sister Katherine, 13, and her parents, farm manager Michael, 49, and teacher Shannon, 47, said: “Petunia will eat anything.

“Cheerios are her favourite. We use those to lure her to do things.

“When we give her a bath we will put them in the kiddy pool so she’ll get in.

“We only give them to her as a special treat or bribe when we need to give her a bath.

“I think we probably go through a box in about a month give or take.

“She also loves to have her belly rubbed. She will be lying on the floor and I will touch her belly and she will roll over so I can scratch her tummy. 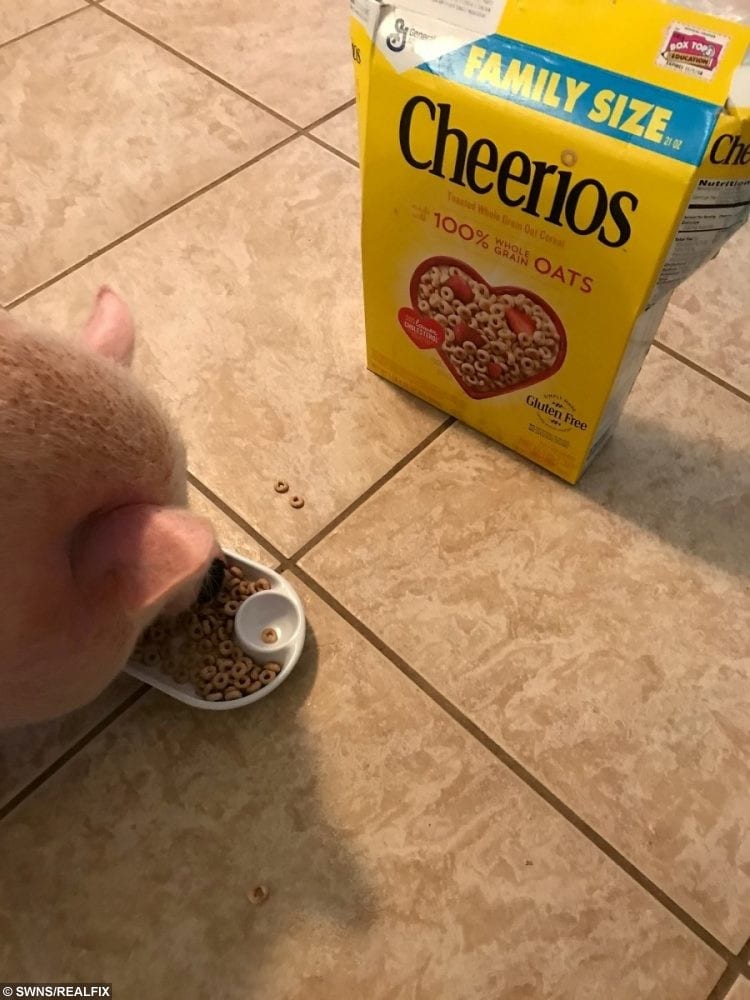 “Her tail will wag and she will make a suckling noise and you can tell she’s happy.”

In another clip, Petunia is seen fast asleep beneath a pile of pillows – which she nudges with her nose each night to create the perfect crash pad.

Sarah added: “She loves to roll around on the floor and be lazy and she sleeps in a pillow fort in the master bedroom.

“When she was smaller she used to sleep in the bed with my parents but now she is 45lbs she can’t jump up that high.

“There are decorative pillows that they take off when they go to bed and put on the floor.

“Petunia will go in there with her head and snout and just wiggle in there until she is cozy.

“She loves to be snug so she will usually have one against her back and she likes her head covered but she will have her snout sticking out.

First Child To Have Double Hand Transplant Now Able To Write, Feed And Dress Himself

Young boy who battled cancer has raised more than £6,000 for charity – by bouncing on a pogo stick