by Jess Young
in Animals, Videos
0

Patricia Favaro, 48, runs the Santuario Vale da Rainha with her husband Victor in the idyllic countryside of Minas Gerais.

Abused and injured animals are saved from nearby farms and everyone who works at the non-profit is 100 per cent vegan. 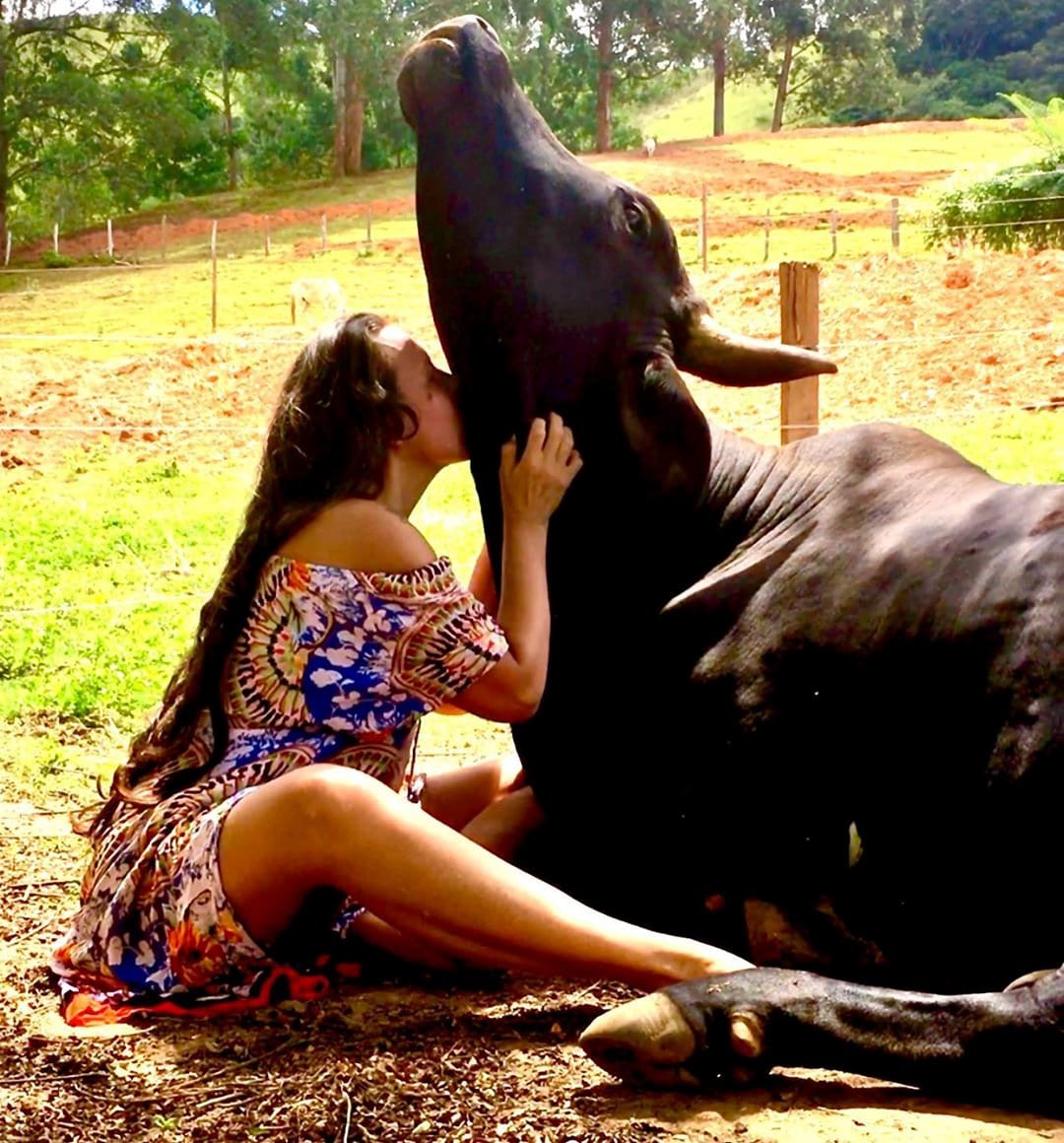 Only Patricia and Victor are allowed to interact with the animals, and only Patricia has developed such a close rapport with them.

“When Patricia plays the singing bowl they really react to it and it calms them immensely,” added Cleudes, who hails from the Netherlands and used to work in a bank before moving to Brazil.

“If the animals have an injury or are feeling sick the singing bowl soothes them so much. It’s beautiful to watch. When she plays the bowl the cows and buffalo also sing.

“She has such a good connection with the animals, when she calls them they come running to her.”

Patricia, Victor and their volunteers currently care for over 100 animals, each named after a Hindu god.

“It’s not like a zoo, where everyone goes in to pet the animals,” explained Cleudes.

“They are wild animals that have been horribly abused within the meat industry.” 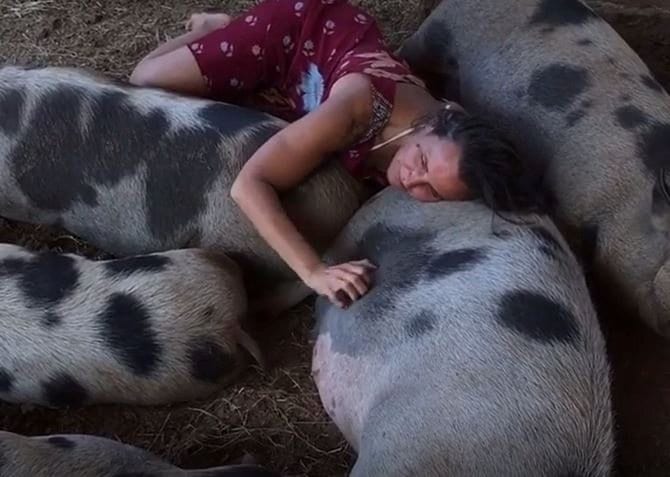 While coronavirus ravages the world, and Brazilian President Jair Bolsonaro flouts guidelines from the World Health Organization (WHO) Cleudes believes there could never be a more pertinent time to become vegan.

“The mass meat industry is not sustainable, this pandemic has really shown that,” he said.

“Viruses being transmitted from animals to humans is not a new problem and the human race has failed to learn from our mistakes in the past.

“We started this problem by eating meat in vast quantities and disrespecting animals and nature.

“People don’t think about what is behind their food, they don’t see how it’s made and processed and how much the animals are tortured and abused.

“We were all told as kids that milk was good for our bones and we had to drink it, but now we know that’s not a scientific fact.

“We are all paying the price now.”

Care for the animals at Santuario Vale da Rainha is usually funded by yoga workshops that Patricia teaches on the site. But due to COVID-19 all classes have ceased. 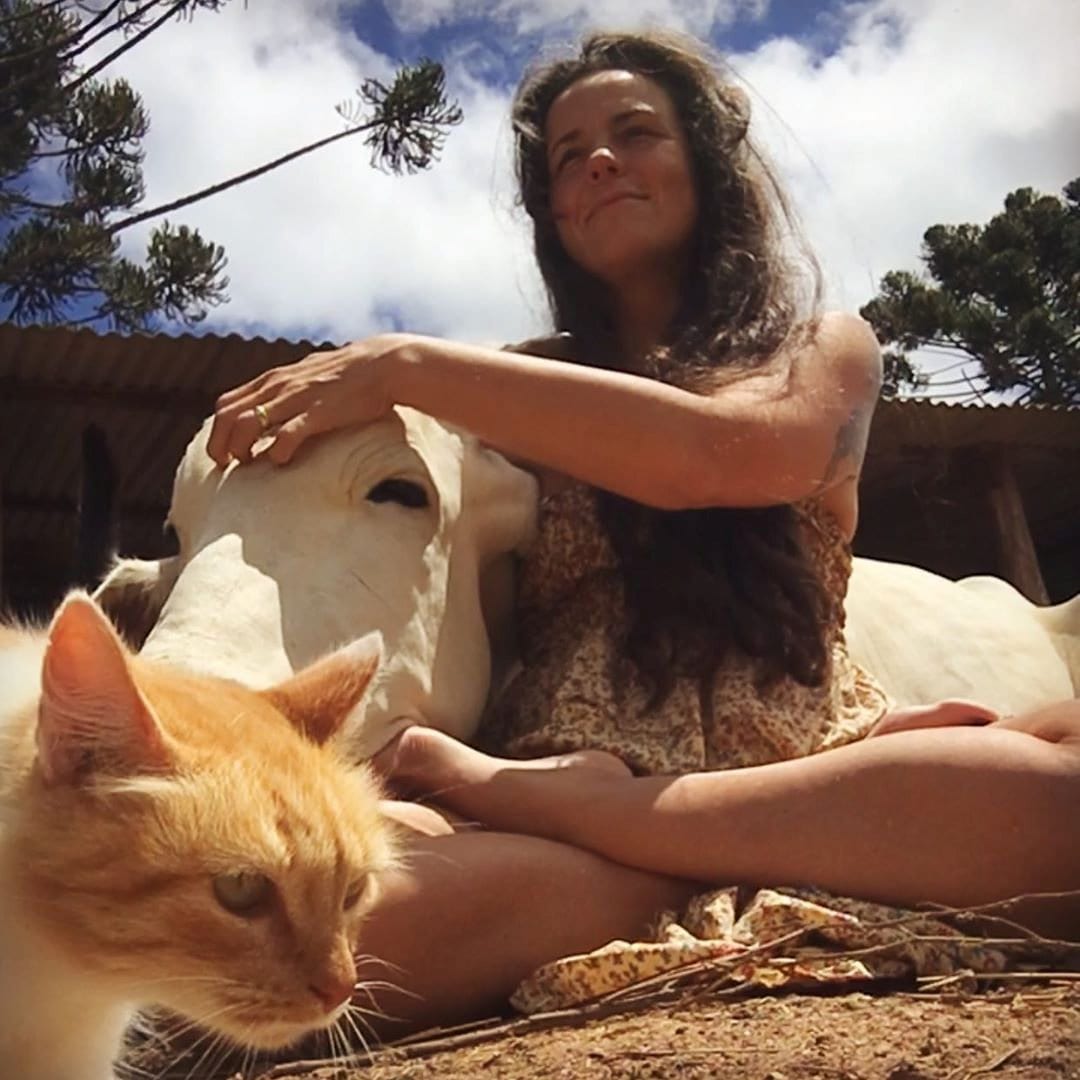 “Unfortunately she cannot move the yoga classes online because the internet is not strong enough out here,” said Cleudes.

“So we are relying on donations at the moment.

“In Brazil we have the worst president that we could have, the only thing we can do is stay at home and pray.

Donations to the sanctuary can be made via PayPal to: ticiavarelagmail.com