The pups are said to be thriving after their birth in November, and the they are rapidly growing in size.

The new arrivals were born in Binder Park Zoo in Michigan, USA, to a British mum, and were caught on camera tussling with each other to get food from their mum. 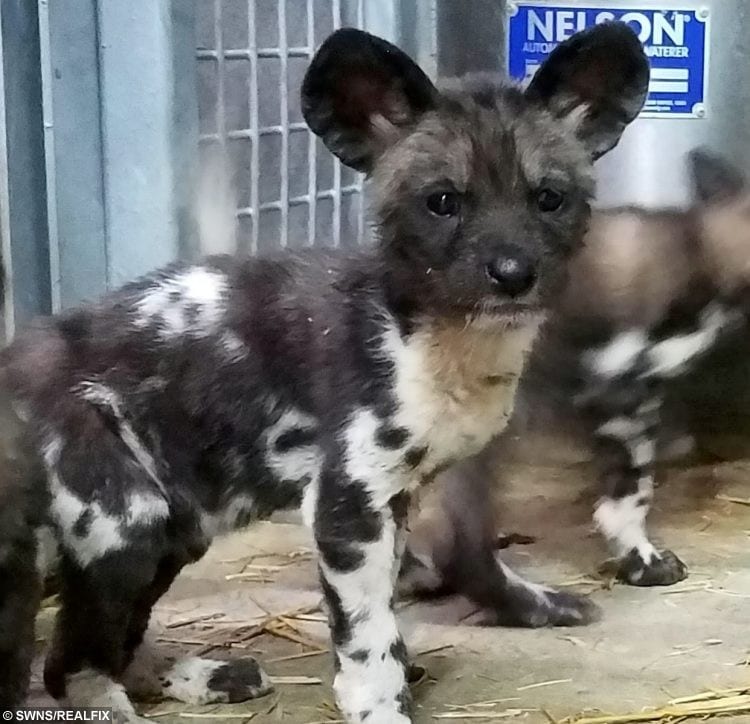 There are fewer than 5000 of the brown and white-speckled canines left in the wild, so the new arrivals have been greeted with delight by zoo staff.

Zoo staff have been monitoring their activity via closed circuit cameras to allow the pair and their litter the space, comfort and security they need while ensuring all is well.

The animals, also known as African Painted Dogs or Wild dogs, are named for their unusually marked coats of brown, black, yellow and white, which is unique to each individual.

Brett Linsley, manager of wildlife, conservation and education, said: “Zoo staff has been maintaining a hands-off approach, giving the family unit privacy and the opportunity to grow and bond without unnecessary intervention.

“Ghost has demonstrated excellent mothering skills and since painted dogs have a complicated social pack structure, it’s preferable to allow that critical bonding and development to happen as naturally as possible.” 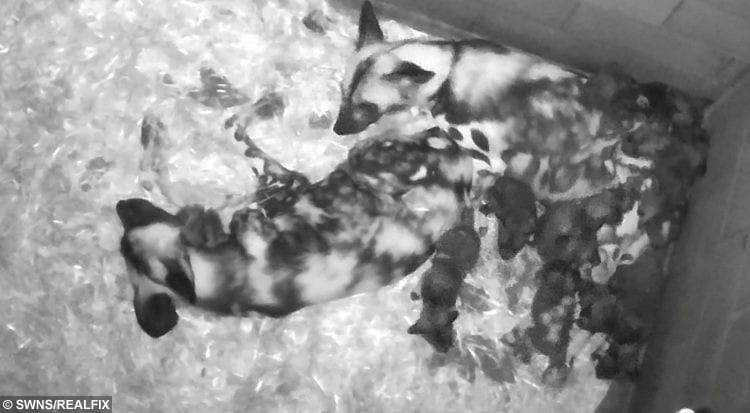 Painted Wolves are one of the most endangered carnivores in Africa, with the estimated global population of 5,000 declining due to human conflict, habitat fragmentation and widespread diseases like distemper and rabies.

They are listed as “endangered” by both the International Union for Conservation of Nature (IUCN) and the U.S Fish and Wildlife Service (USFWS).

The episode follows a pack of painted wolves after they split into two groups when the alpha female’s daughter breaks away to lead her own pack.

Camera crews spent two years observing the packs as they battled for territory on the banks of the Zambezi river in Zimbabwe.

At the zoo in Michigan, dad of the 11 pups, Verizon, is 11 years old and one of a trio of brothers that arrived from the Bronx Zoo in 2012. 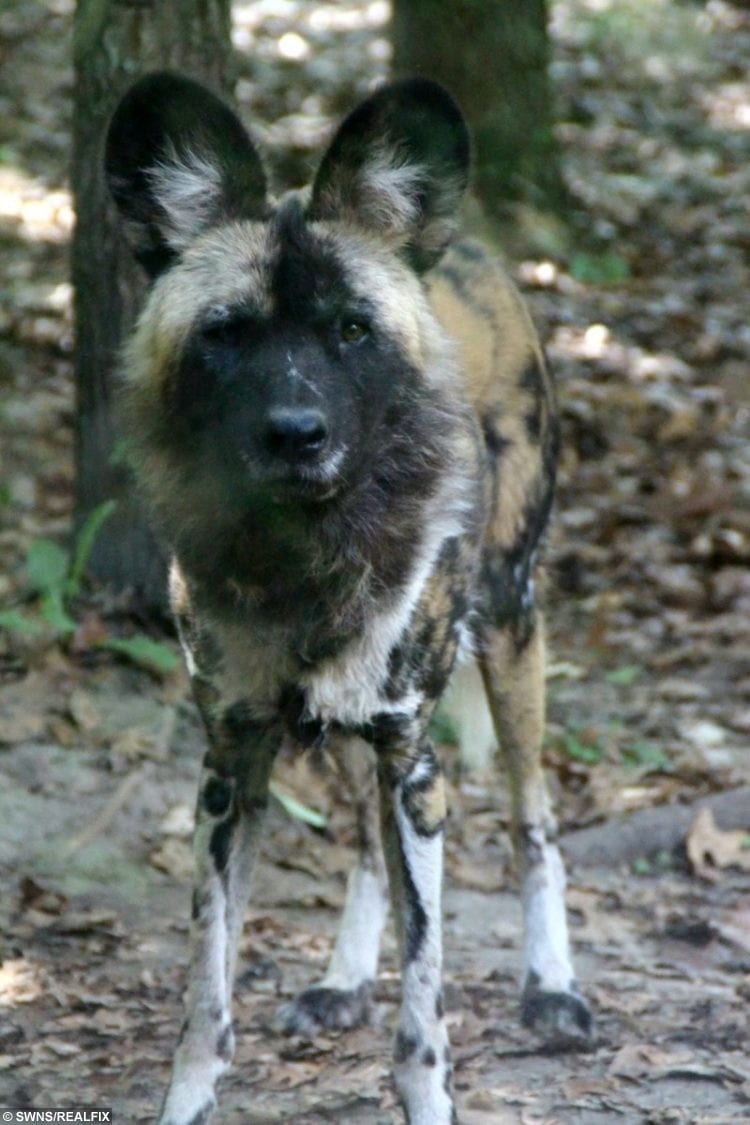 Mum Ghost was born in the UK in 2014 and later transferred to the Houston Zoo. She joined the Binder Park Zoo pack in 2017 as a breeding recommendation from a Species Survival Plan through the Association of Zoos and Aquariums.

Diane Thompson, president and CEO of Binder Park Zoo, said: “Painted dogs are one of the most endangered animals in all of Africa rendering our conservation efforts extremely important.

“While there remains much work to be done, the birth of these eleven pups is a success made possible by an important collaboration between Binder Park Zoo staff and the AZA Species Survival Plan, and the generosity of the Zanetti family.”