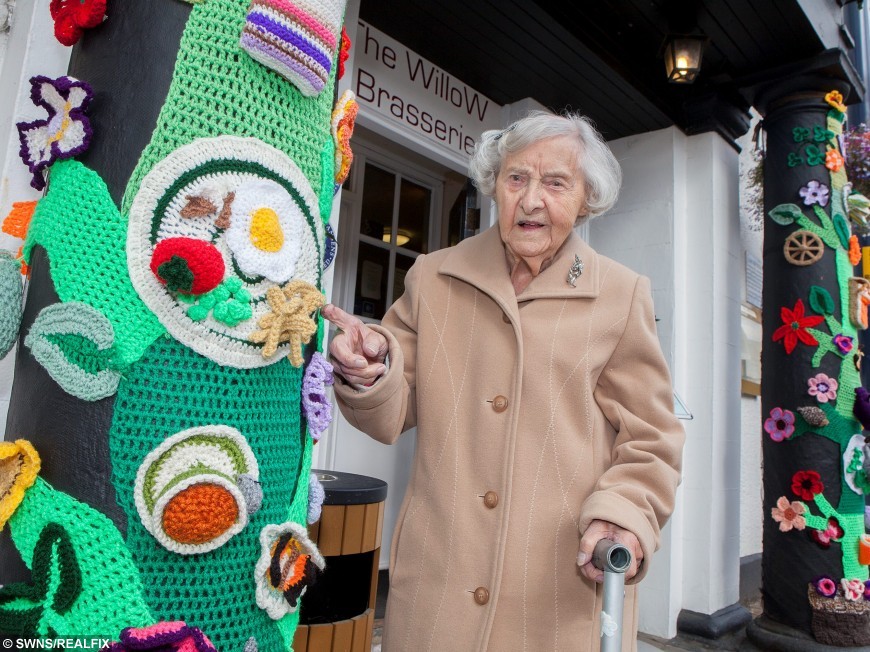 A 104-year-old woman is thought to be the world’s oldest street artist after joining a team of “guerilla knitters”.

Creative centenarian Grace Brett is a member of a secret band of yarn bombers, who have bedecked landmarks in their town in artful knitting. 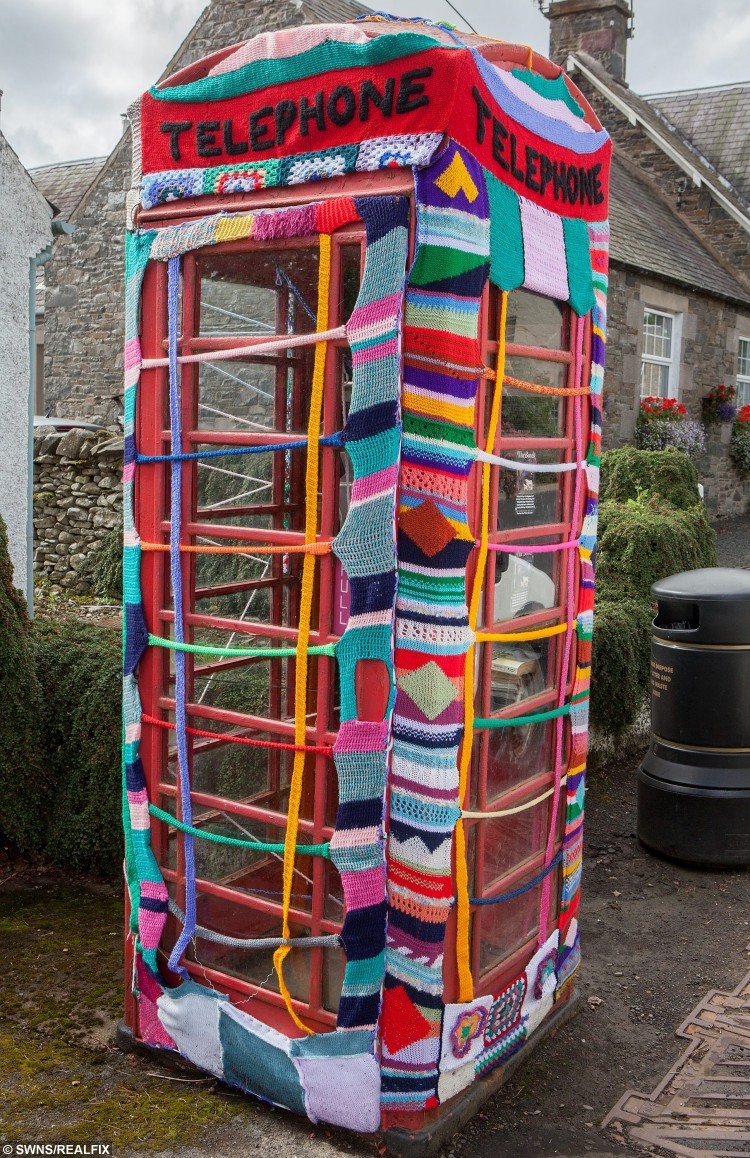 Members of the yarn bombing team are mainly over 60, but Grace – the oldest – has lived over a century.

Now living in a care home, she knits to keep herself busy.

According to her family, she has always loved knitting, making clothes for daughter Daphne Pratt, her six grandchildren and 14 great-grandchildren.

And as part of the area’s Yarrow Ettrick and Selkirk (YES) festival, she created knitted balls which were hung outside shop windows. 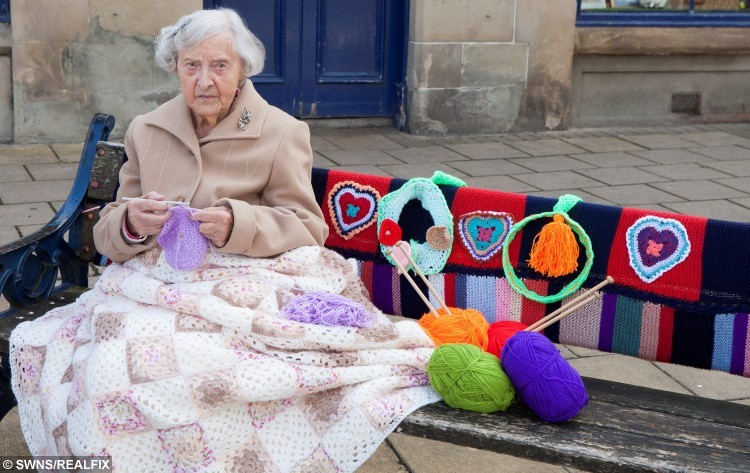 Grace said: “I thought it was a really good idea to decorate the town and enjoyed having my crochet included – I didn’t think it was good enough.

“I liked seeing my work showing with everyone else and thought the town looked lovely.”

Kay Ross, spokeswoman for the Souter Stormers, said she was delighted to have the country’s oldest knitter turn street artist for the project.

She said: “How wonderful it has been to have a lady who must be Britain’s oldest ‘guerilla knitter’ on board.

“With poor memory, Grace has been able to put her crochet skills to an imaginative and creative use.

“The yarnstormers, a group of mixed age range, have been inspired by Grace to use their creative and artistic skills to transform the Selkirk landscape.

“Grace has confirmed that age is no barrier to participating in a contemporary project.” 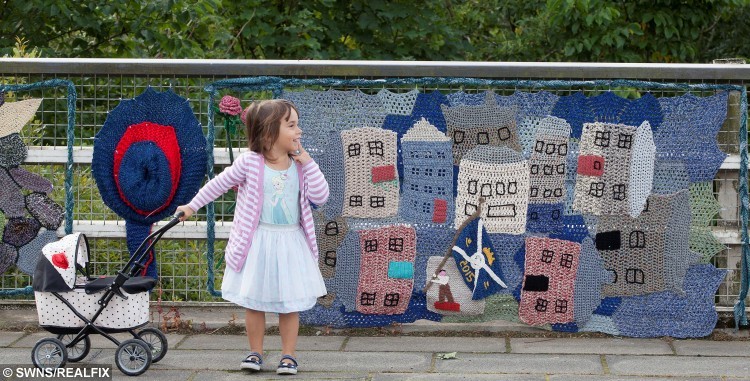 Grace was born in Lewisham, London on November 6 1910 and first worked at St Paul’s in the telephone exchange as a telephone operator.

She had a trial for the speaking clock, but was told her voice wasn’t posh enough.

But she did often work on the royal board and put calls to and from Buckingham Palace, including during Edward VIII’s abdication in 1936.

She was widowed in 1955 and moved to Scotland in 1978, living in the village of Darnick up until this year.

And she now lives in St John’s Care Home in Melrose. 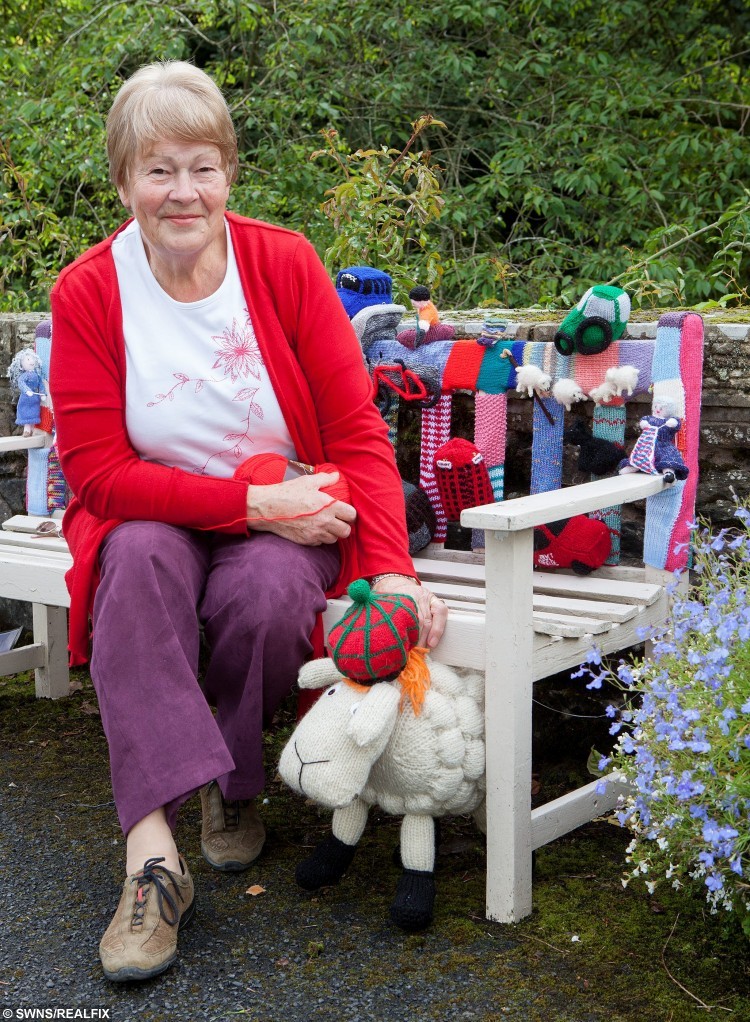 Kay Ross from Ettrickbridge with some knitted street art

He daughter, Daphne, 74, said taking part in the yarn bombing gave Grace a sense of being “useful”.

She said: “She thinks it is funny to be called a street artist.

“She was very pleased to be asked to do some crochet for the YES festival as it made her feel useful and gave her an interesting thing to be part of.

“She was taught to crochet as a teenager by her auntie Maud and used to always be making something even when travelling on the steam train to London for her work.

“She has always knitted and crocheted all through her life. She has always done all the knitting for the babies and made shawls.”

“The items range from intricate cotton bedspreads to tablecloth edgings and of course baby clothes. I still have a crochet dress she made for me back in the 70s.

“She also crocheted blankets for the hospital in the late 1980s.

“My daughter is into horses and she made hats for the winter. I still have things she made for her children.” 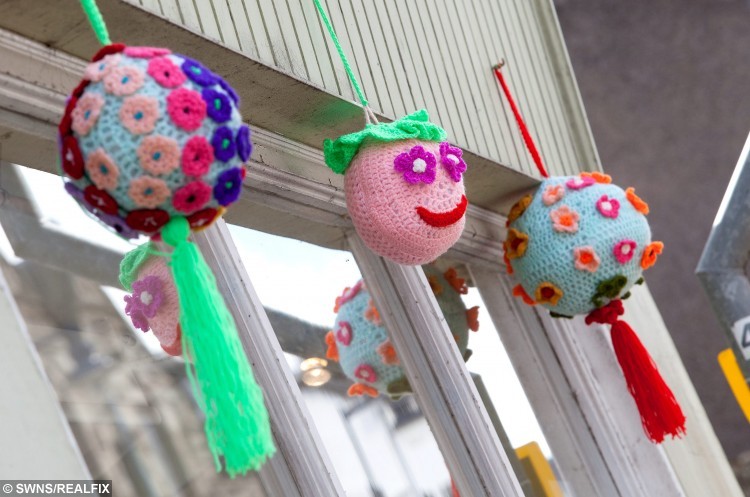 Their yarn bombing also saw a woolly newspaper board put outside the local newsagent and a knitted banner hung up depicting a train on the new railway line through the Borders.

Various other landmarks and buildings in the town were also hit with colourful crocheting, including a statue of Sir Walter Scott. 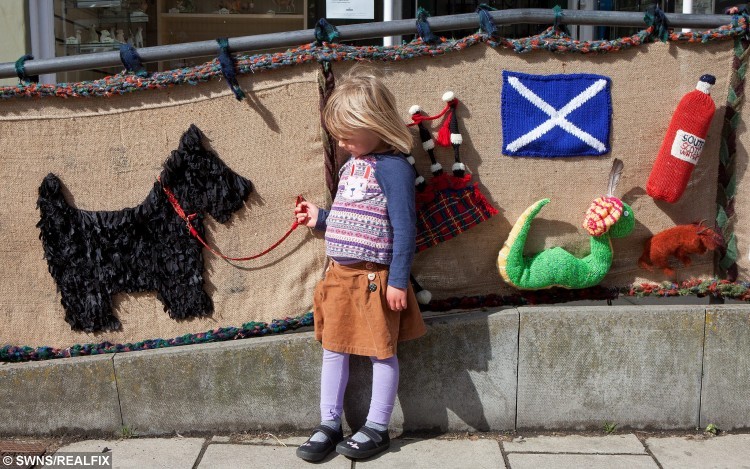 « Previous post Mum is shamed into going on a diet after humiliating day out at Legoland
Next article » You'll definitely want this to happen next time you're stuck in a traffic jam!