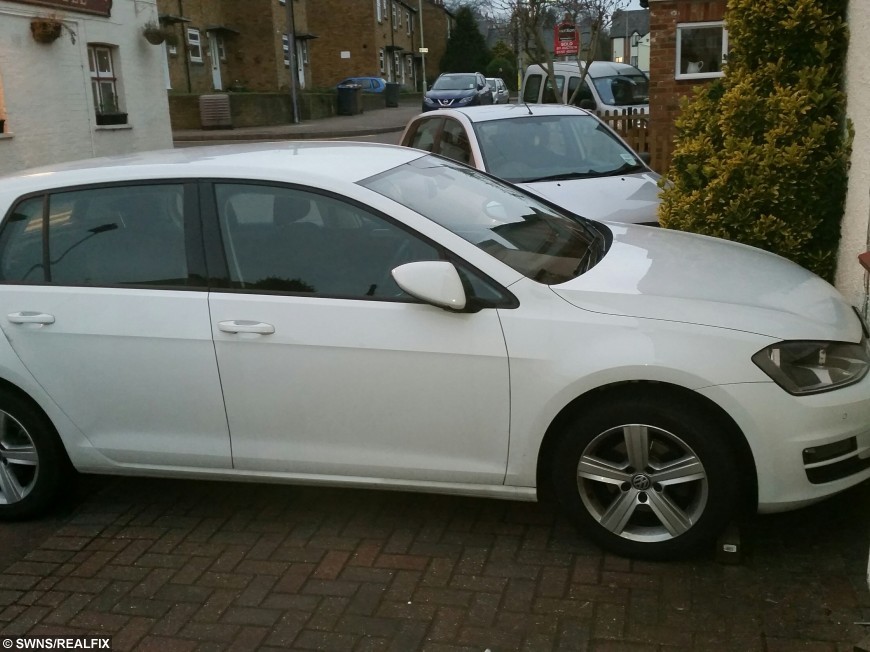 A man was shocked to return home from work to find traffic wardens had slapped a parking ticket on his car – despite it being parked on his drive.

Niall McCarthy, 49, has been using his tiny driveway since 2002 and hasn’t had any problems with parking fines before.

He has even propped a piece of wood in front of his house which allows the family to drive within a centimetre of their wall without hitting the building.

He said: “It is just laughable really. The car was as tight to the house as we can get it.

“The fact that they had to physically walk onto my drive to put the ticket on just shows how ridiculous it is.

“If it is one of the traffic wardens I know, I’ll be a little miffed because it is a small town and I know a few of them.

“We are going to try and contest it because I have always been told as long as I am not over the yellow line, there isn’t a problem.” 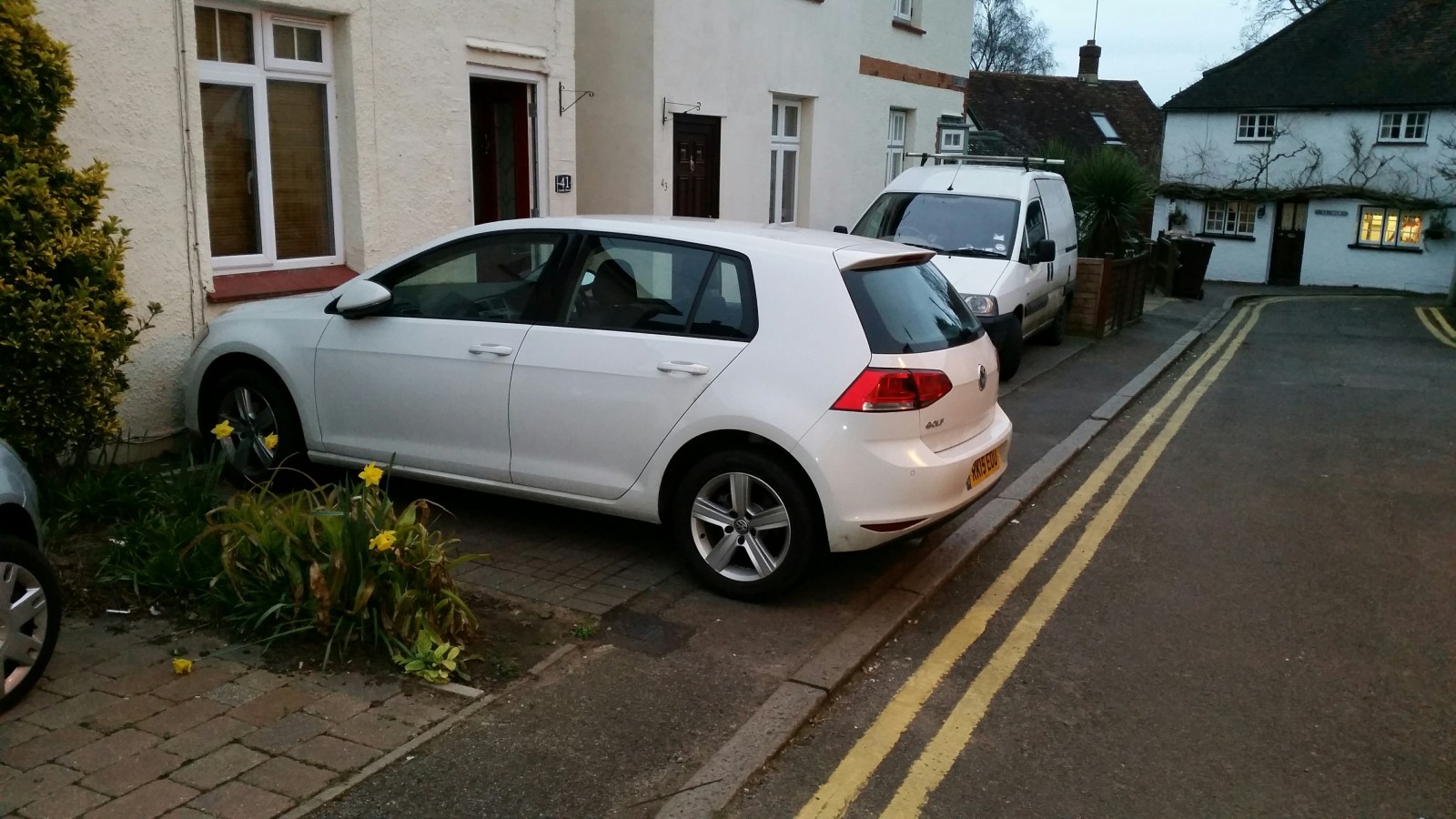 Niall McCarthy’s car parked on his drive – where he received a parking ticket.

The white Volkswagen Golf belongs to Niall’s wife, Amanda, and ironically she usually uses her car for work but instead had to go to a meeting in London so caught the train.

But the family, who have three cars between them, always use the drive and have never had problems until now.

The fine was slapped on shortly before 11am on Tuesday (15/3) morning and it was spotted when the married couple returned home from work.

Niall also has a work van which he chooses not to park there due to the lack of room so instead opts to walk to work where he leaves his van.

The charge is £35 if paid within 14 days which then reaches £70 afterwards. 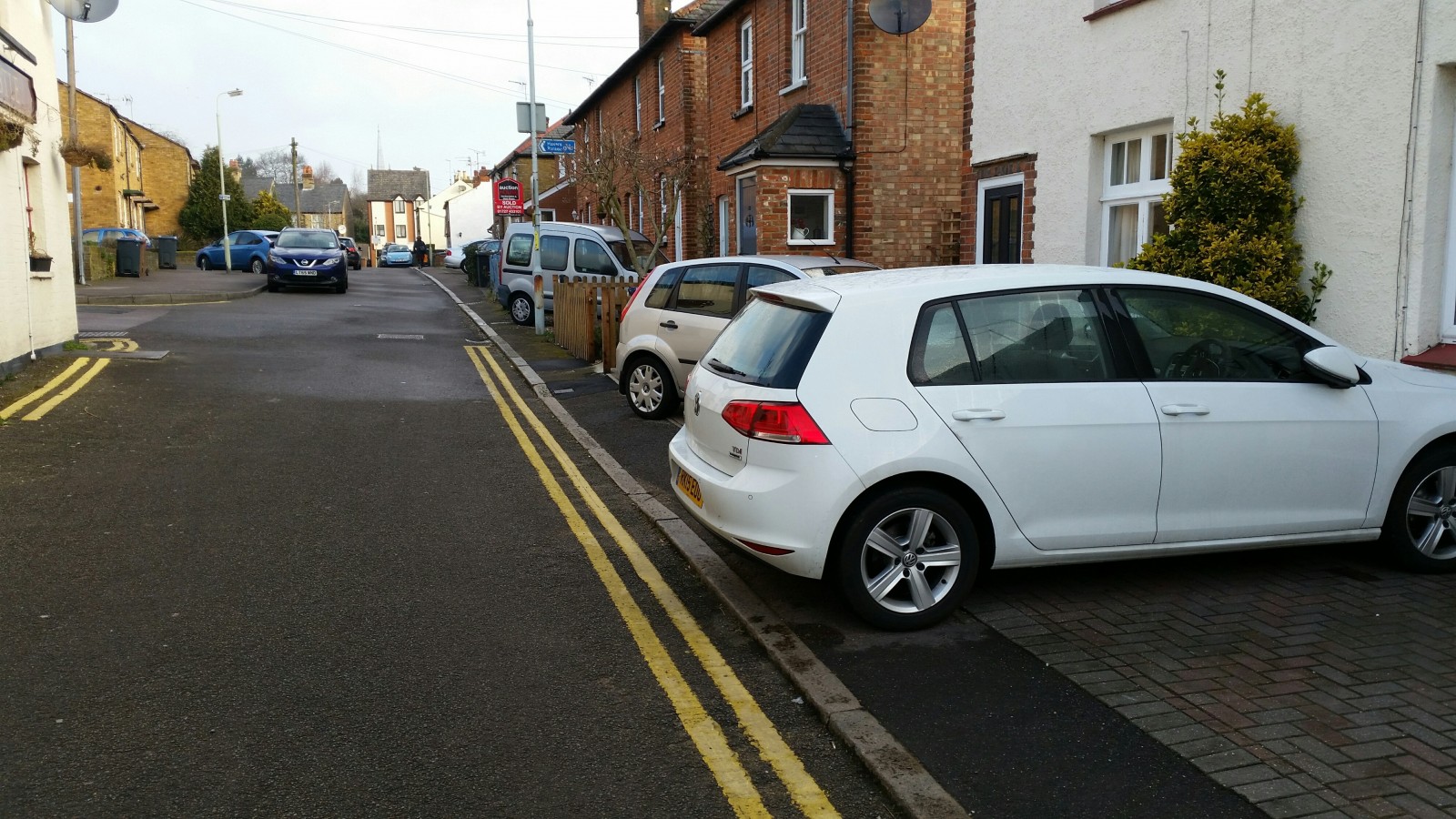 Only one of their three cars was parked on the drive

Niall added: “People have said how we are blocking the pavement but that is not what the ticket is for – it has said we have parked in a restricted street.

“We park there all week and at the weekends so I’m not sure if it is just a new warden who has a problem with it.

“I can understand why there are double yellows down there as it is tight, but we aren’t obstructing anyone.”

Amanda, 48, has owned her car for over a year and had a similar length model beforehand and had no issues.

Niall, added: “Amanda was angry when she saw it. She tried to ring them up and she said it was lucky they were closed as she was rather annoyed.”

The couple, from Bishop’s Stortford, Herts., are waiting to see a picture which the warden took of their car as it will be put online shortly.

The pair, who both work for a company which produces elevators, will then try and contest the ticket in a bid to get it overturned.

East Herts District Council, which issued the ticket, was not available for comment.