by RealFix
in Animals, Bizarre, Must Read, Videos
0

An American mum has received nasty backlash for posting a video of her husband – feeding a moose.

Molly Bice Jackson and her husband Victor Jackson were thrilled when they saw a moose stroll right up to the steps of their home in Park City, Utah, USA last month.

Molly, 40, then recorded this video of Victor, a 46-year-old attorney, feeding the moose an apple, while they giggled with excitement.

The joyful video was then posted to her Facebook page, where it spread rapidly. 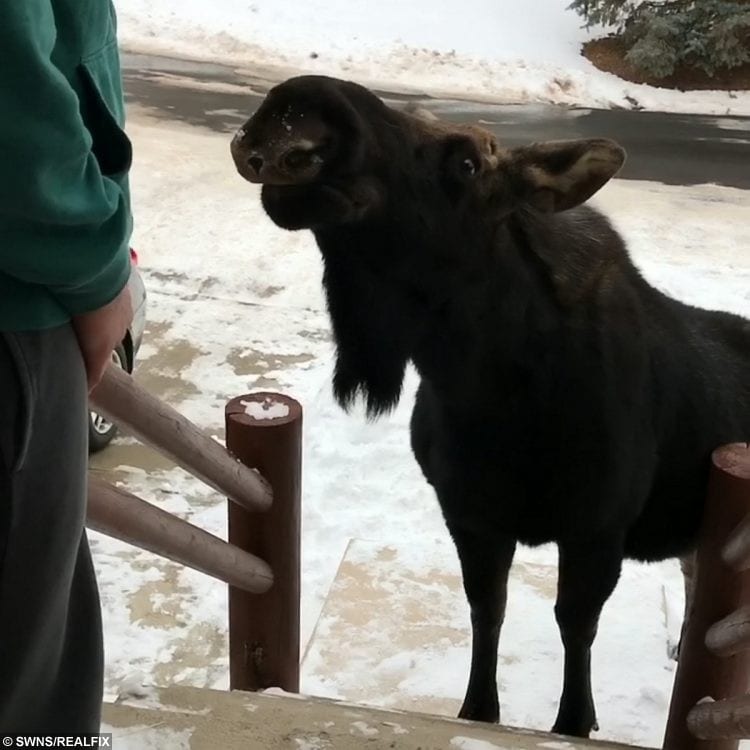 Molly, a public speaker, actress and writer has since received some unpleasant feedback.

“I’ve had people say that we were killing the moose by feeding it an apple, but we didn’t see it like that…really he was so tame already, otherwise he wouldn’t have walked right up to our home like that,” said Molly.

“I personally know a friend who was attacked by a moose so you do have to be very careful when approaching them,” she added. 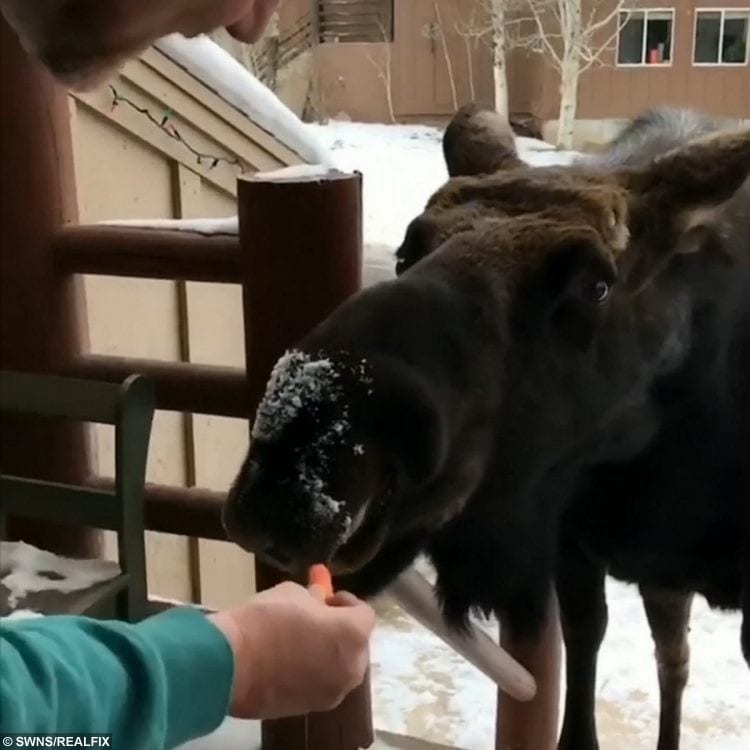 To mitigate the furore Molly posted a public message to explain what happened.

“Do I have to keep acknowledging that we know this was not a smart thing to do?

”We are very aware. But can we also talk about how incredibly thrilling and magical it was? Sometimes stupidity and magic go hand-in-hand,” wrote the mom on Facebook.

“We also cannot emphasize enough how much moose are a regular part of life living in Park City. They live in our yards and neighborhoods. We pass them on the street every week.

“People have salt licks on their porches and leave apples out for them. They watch us through our windows and sometimes traffic is delayed because of them. In my 14 years here I’ve only seen one moose be put down because he was extremely sick with some sort of crazy virus. 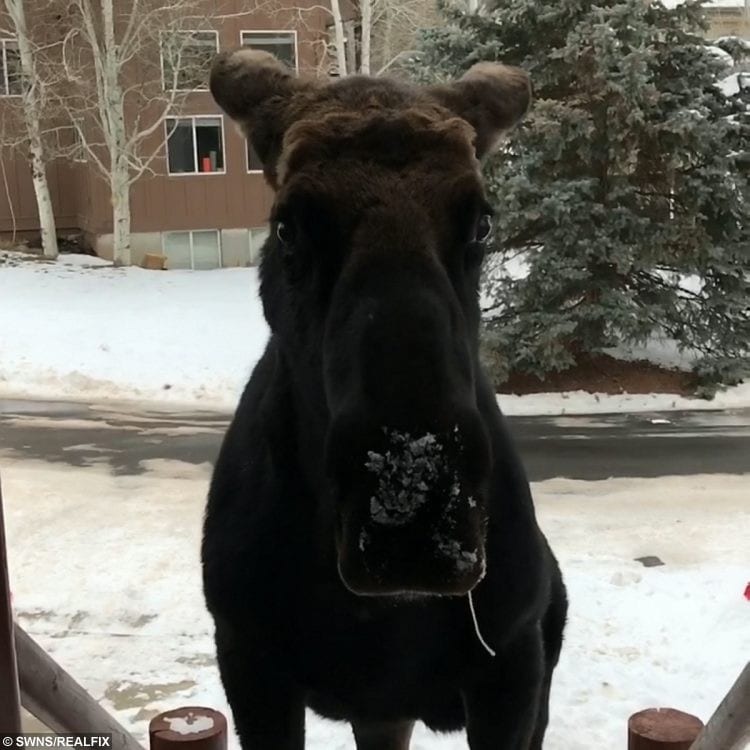 “In other words, I need everyone to calm with the lip balm.

“We were caught up in the moment,” added Molly during a phone interview from her Park City home.

“I’ve tried not to get upset by the comments, I’ve just responded to them calmly.”

See how these ‘Wine Fairies’ are spreading cheer…