HomeBizarreMost PopularAnimal lover wins competition for looking like her horse! 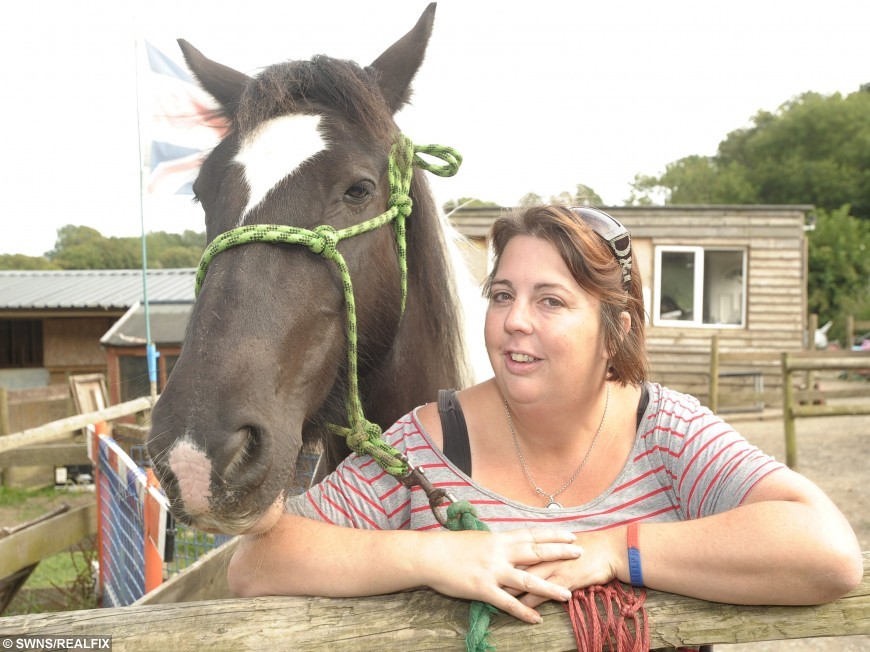 A woman has won a pet look-a-like competition – for looking like her HORSE.

Angie Fuller, 41, entered a contest for owners who resembled their animals.

She didn’t expect to win but has scooped first prize for resembling her horse Moomin.

Angie, of Plymouth, Devon, said: ”I’m not really into having my picture taken.

“But we sent one in on behalf of the Ponderosa Pony Rescue Centre where Moomin is based.

“I can’t say I think I look like Moomin, but others have said we’re very similar in terms of our character. Apparently, we’re both stubborn.” 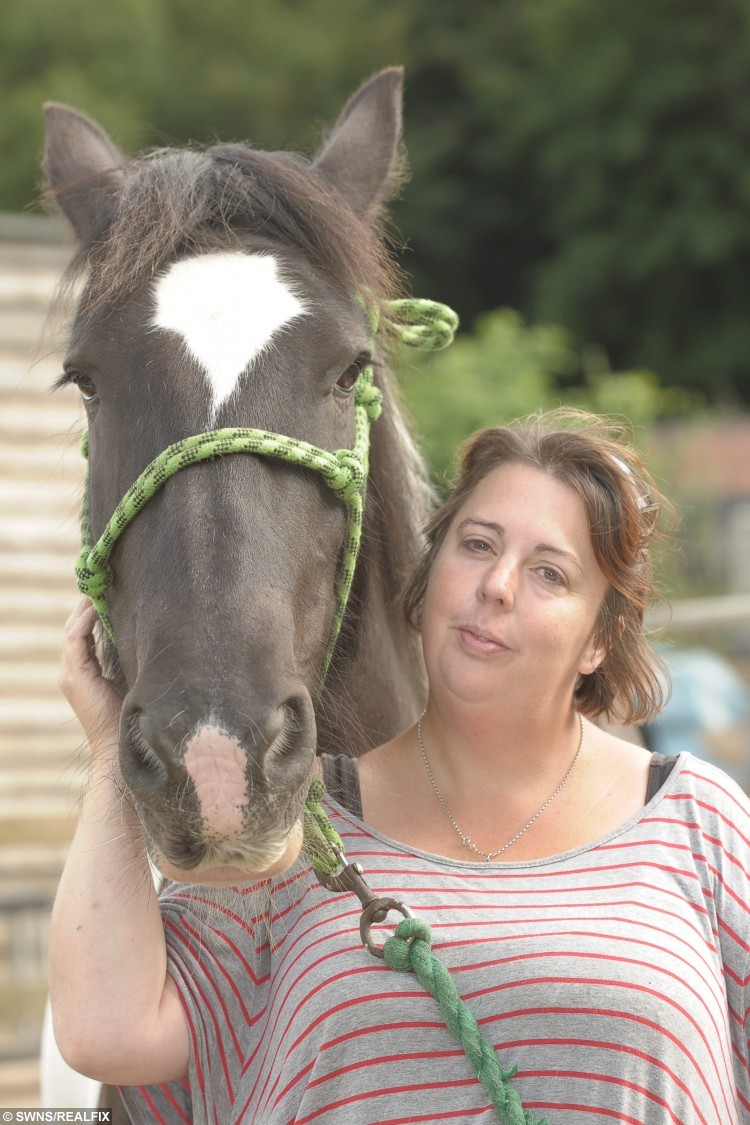 Angie with her pet horse Moomin

“Moomin has never been ridden so she’s always been very much left to her own devices.

“I volunteer at the centre so have spent a lot of time working with Moomin and we’ve grown quite attached.

“Winning this competition was certainly a surprise, but I’m so happy to have won the voucher for the centre.

“The money will now be split between the pony centre where I work and Rottweiler Friends, which is where our family dog Winnie is from.”

Contest organiser at Plymouth’s Broadway shopping centre manager Deborah Potter said: “We were very taken with Angie and Moomin’s picture as they both looked so happy.

“Our Facebook followers obviously agreed and voted this duo the winner. We’re delighted that the Ark Pet Centre vouchers will be going to such good causes.”

« Previous post Daredevil 81-year-old takes to the skies to fight Britain's biggest killer
Next article » Could you love me? 26-year-old has never had a date because girls judge his size