by RealFix
in Bizarre, Must Read, Relationships
0

An artist believes her work is so good it is making people fall in LOVE and get married.

Lisa Harker, 46, recently opened her first gallery and said people are travelling far and wide to buy her work in an effort to boost their love lives.

She claims her work has magical romantic powers after a string of customers who bought her paintings went on to get married in quick succession.

Initially, Lisa would give her artwork to friends as gifts and said they would often report back about changes in their home life shortly afterwards.

But she said she is in no doubt of its cupid effect as four customers who bought items from Lisa’s gallery in Truro, Cornwall, went on to get married shortly after.

Lisa, of Truro, Cornwall, said: “I used to sell my art online, but I opened this gallery on Pydar Mews a couple of months ago.

“What I didn’t realise was that every time I gave away one of my paintings, there were consequences.

“The art seems to have a sort of energy about it and it’s certainly not what I intended.

“My paintings just have a habit of making people fall in love.

“I’m on my fourth wedding now.

“People will stay in touch and let me know that someone new has come into their life or that they are getting married, it’s lovely to hear.

“One of the nicest stories I have is of a woman who was with an abusive partner. She found the strength to leave him and she wanted a painting that would help her to find love for herself again.

“She did learn to love herself but recently she called me to say that she had met a nice man and now has a new partner.” 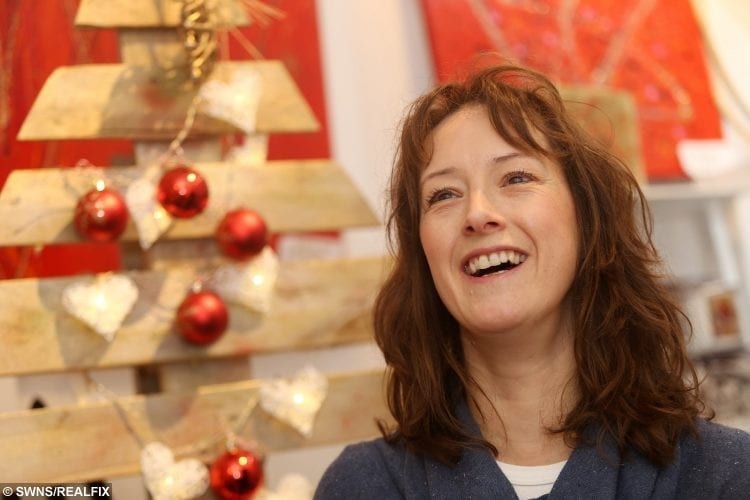 But Lisa said that while happy endings brought her joy, it can also be a “big responsibility”.

She added: “It’s a lovely feeling to see the happiness that my art brings, but it’s also a big responsibility.

“Life has different lessons for all of us, sometimes your path is different to what you expect it to be and that is what people have to remember.

“I can’t promise that anything will or won’t happen.

“You can’t just buy a piece and expect it to bring you something without putting anything in yourself – you couldn’t just expect to sit in the house all evening and have Prince Charming knock on your door, you need to put something into it too.

“One person has come in, bought a painting off the wall and then got married, but the other three marriages have been after commissioned works.

“I think it works best to bring someone in and sit down with them, work out what they are about, who they are and work with them to find out what we can do to bring them love.

“In that instance the least it does is make people figure out what they want from life. It makes them become more open to opportunities and I think that is a big part of it.

“Sometimes people need that push and the painting acts as a push, you can see it every day and that reinforces how you look at things.

“You have to do something that lets the universe know you’re looking for love. That’s what I always tell people.

“As well as buying the painting you have to put something in yourself.”