The doll that police believed was locked in the car. Police smashed their way into a car parked outside a Dudley hospital fearing a sick baby was locked inside - only to find the "infant" was a doll. See NTI story NTIDOLL. The baby doll, named Ryan, had been left by its owner, 10-year-old Janaih Rattray, lying in a blanket on the front passenger seat of her sister Delesia's Vauxhall Corsa on the car park at Russells Hall Hospital while they visited their mother. Janaih's family say they believe that observing the doll's hands, which they claim were visible in the car, it should have been possible for the officers to realise it was not real. But police insist it was "extremely life-like", with only the top of its head exposed, and the officers who smashed their way in genuinely believed it was a baby, alone and critically ill, in a locked car outside the hospital, which has a maternity unit.

Police smashed a car window after spotting a baby lying on the passenger seat – only to find it was a DOLL.

Janaih Rattray, 10, left her toy named Ryan on the seat of her sister Delesia’s Vauxhall Corsa which was parked up outside a hospital.

Two officers decided to take action after asking the advice of nurses who agreed the “extremely lifelike” doll was a real infant. 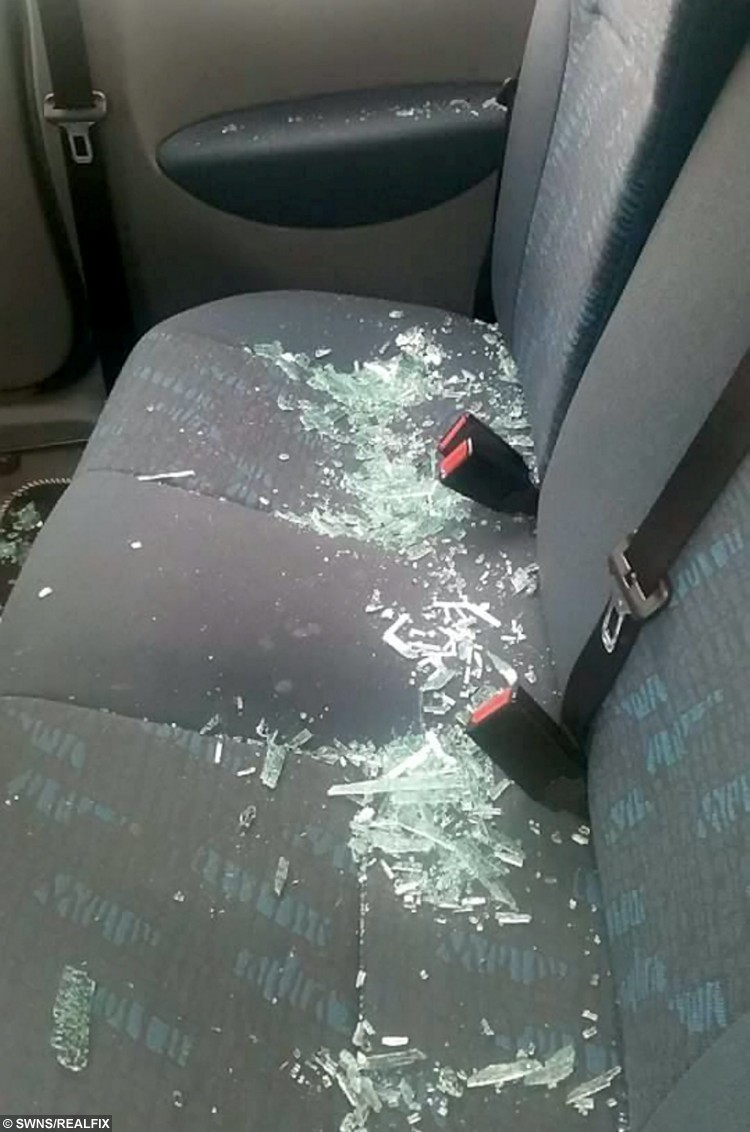 Police were called to the car park of Russells Hall Hospital in Dudley, West Mids., when a concerned passer-by thought a baby had been left alone in the vehicle.

But they were left red-faced after they smashed their way in and caused #90 worth of damage – only to discover it was a little girl’s doll wrapped in a blanket.

The Rattray family were then stunned when they returned to their vehicle at 1pm on September 14 and found the back window broken with a note to call police.

Delesia, 20, who lives in Dudley, said officers should have realised the doll wasn’t real.

The student, who is studying criminology at Wolverhampton University, added: “When I went outside to the car I found the back window behind the driver’s seat had been smashed in and there was glass all over the seats.

“I thought it was weird and then I found a note from the police to ring them.

“When I rang they said they had thought the doll was a baby in the front seat.

“Someone had phoned them to say there was a baby in the car.”

“Some nurses had come out and agreed that it was a baby.

“The doll does look a bit real, like a baby a few months old, but if you look at the hands, which weren’t inside the blanket, and feet you can tell it isn’t.

“I can understand why they broke into the car if they really thought there was a baby inside.”

Delesia was visiting her mother Carole Johnson, 43, who had been taken into the A&E department of the hospital, with her sister Janaih when the window was smashed.

Mrs Johnson, who was released from the hospital later that day, said: “The doll was a limited edition and someone in the family gave it to Janaih.

“I think you could tell by looking at it that it wasn’t real.

“The hands were visible and they were obviously not moving.”

West Midlands Police have since agreed to pay the £90 repair bill to fix the broken window in Delesia’s Vauxhall Astra.

Yesterday, the force released pictures showing the baby doll wrapped up in a red Mickey Mouse blanket with just the top of its head visible on the passenger sea

Police chiefs have since apologised to the family but have backed the officers who believed the doll was a real baby in a “genuine emergency”. 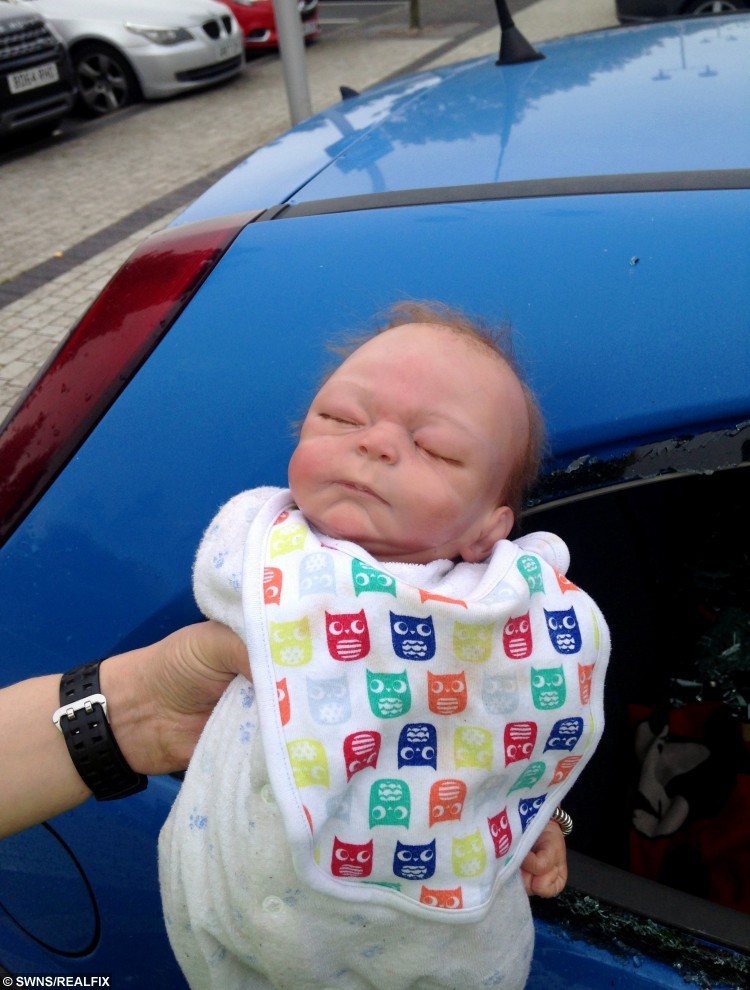 Chief Inspector Phil Dolby, from West Midlands Police, said: “Two of my officers did the right thing when faced with what they genuinely believed was a baby, alone and critically ill in a locked car on the hospital’s car park.

“The extremely lifelike doll was wrapped in a kiddies blanket with only the top of its head exposed.

“The colouration of the head appeared discoloured giving the highly experienced officers additional cause for alarm.

“Efforts were made to trace the owner of the car. But believing this was a genuine emergency, they broke a window to investigate further.

“There’s no suggestion that the doll was placed in a deliberate effort to waste police time so we will of course pay for the damage caused.

“I apologise to the owner of the car, who knows the reasons why my officers took the action they did.

“She will hopefully agree that had it have been a baby in distress and had they not acted, they would be subject of this media scrutiny for all the wrong reasons.”

This GIANT pizza isn’t quite what it seems…