SUN EXCLUSIVE - Lynn Everett, 57 of Barnsley has 41 canines of different breeds and colours living in her semi-detached home in Barnsley. Her collection include 25 French Bulldogs, six Chinese Crested dogs and 10 Miniature English Bull Terriers. 41 is the maximum number the council will allow her to keep but if she could, sheÄôd have many more.

A dog-mad woman lives with a staggering 41 dogs in her semi-detached home – including one aptly named Chanel worth a whopping £17,000.

Lynn, who has bred dogs since she was 18, say she finds it difficult to give the pups away once they are born.

Each of the dogs have been individually named by Lynn, who is able to tell each and every one apart.

“We can be sat here, and if someone barked, I would know exactly who it was. I would shout their name and they would shut up. They’ve all got different voices.”

She has spent an astonishing £17,500 on one blue trindle French, called Chanel, who was brought over from Canada, and is unashamed to admit she likes to spoil her hounds.

Bubble, who Lynn says “likes to be pampered” has her nails painted and she said Chinese crested dog, Chip, “fancied a change” when she dyed the pooch’s hair pink.

Lynn, from Hoyland, Barnsley, South Yorkshire, said there is more to looking after so many dogs than just beauty treatments.

She said: “It’s a 24 hour operation if you have puppies.”

Lynn and Tony have to coordinate their trips out of the house so someone is around to watch the canines.

She spends around £280 a month on tripe to feed her dogs and gets through large batches of fabric softener to keep their blankets soft.

A number of her pets also suffer from a range of health conditions, from celft palates to cancer.

Lynn said: “When I have dogs with problems, I don’t pass them on to anybody else. That’s why we’ve got so many. ”

“It’s expensive. You’ve got to breed and sell some for the upkeep.”

She said one of her dogs recently had a stroke and added: “I’m not happy. I can’t imagine her not being there. She doesn’t love anybody else, she’s my dog.”

After her dogs die, Lynn has them cremated and commissions a special box and commemorative statue to remember them by.

However Lynn’s large collection of dogs has meant she has become a target for people who believe she doesn’t look after the animals properly.

She claimed one person suggested taking the dogs from her before burning down the house with her and Tony inside. 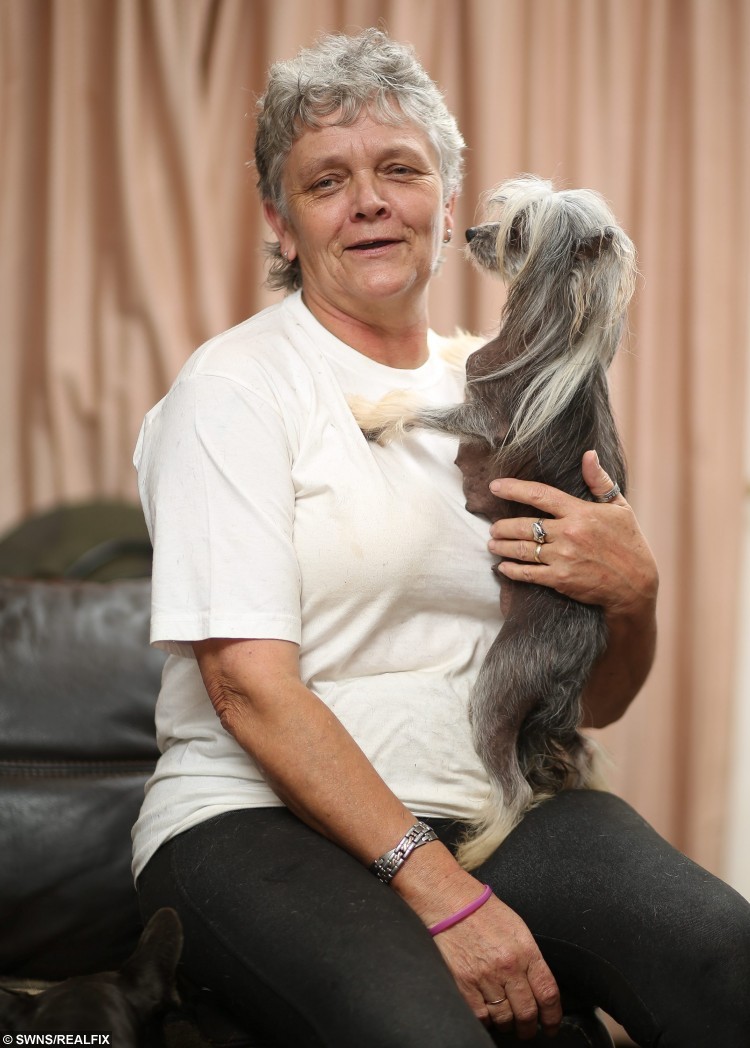 There house was also targeted by a yob who threw a brick through their window last Christmas.

However Lynn says she can’t imagine life without her dogs.

She said: “I would be very bored, wouldn’t I? It’s not going to happen.

“When I get old I’ll just have to pay someone to look after them.”

A documentary about Lynn and her dogs will be shown on Channel 5 this month.