Britain's most frugal pensioner Ilona Richards from Scunthorpe, North Lincs. See Ross Parry story RPYFRUGAL; Meet Britain's most frugal pensioner Ilona Richards - who has made a washing-up liquid bottle last a whole YEAR. Ilona, 66, has gone the extra mile in penny-pinching, preferring to wear extra clothes and keep her heating off as well as making every meal for less than £1. She even asks guest to her home in Scunthorpe, North Lincs., to bring their own tea bags so she doesn't have to fork out for a cuppa. Her vacuum cleaner was found in a skip and instead of boiling a kettle to make tea she heats a mug of hot water in the microwave.

Meet Britain’s most frugal pensioner Ilona Richards – who has made a washing-up liquid bottle last a whole YEAR.

Ilona, 66, has gone the extra mile in penny-pinching, preferring to wear extra clothes and keep her heating off as well as making every meal for less than £1.

She even asks guest to her home in Scunthorpe, North Lincs., to bring their own tea bags so she doesn’t have to fork out for a cuppa.

Her vacuum cleaner was found in a skip and instead of boiling a kettle to make tea she heats a mug of hot water in the microwave.

But her frugal ways don’t stop her treating herself from time-to-time. A pack of four doughnuts to go alongside her tea will however only cost her 15p. 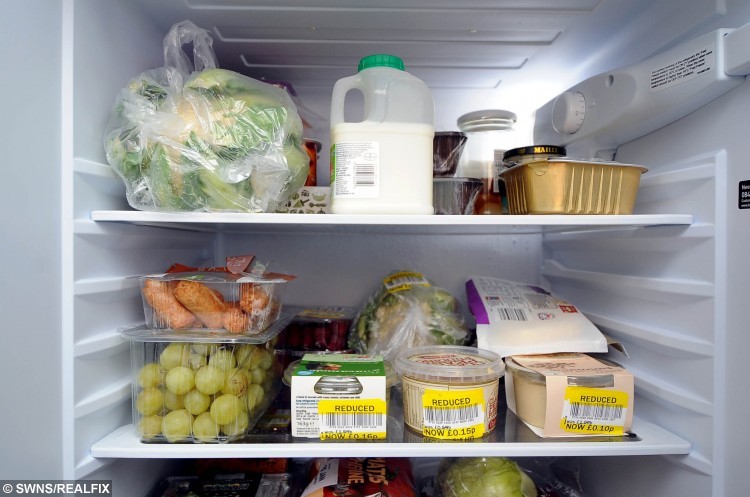 She said: “That’s the difference between being frugal and being penny-pinching. I don’t deny myself anything, but I never go mad.

“I want to put the money across it doesn’t all have to be doom and gloom not having much money.

“It’s all about prioritising what’s important. I believe having less gives you freedom.

“I wouldn’t want to be rich as you’d be worried about keeping your money safe – if you don’t have much money you have less to think about.”

Over the past ten years, Ilona, has rarely paid full price for anything opting for the bargain route instead of splashing out.

The former lorry drive, who name lives on an annual budget of around £2,400 a year, has never been extravagant with her money but after being forced into taking 12 weeks off work following an operation gave up worth and took on a more frugal lifestyle

She said: “Not long after I went back they announced they were shutting the depot. I was seven months short of my 60th birthday and the time seemed right for a bit of a change.” 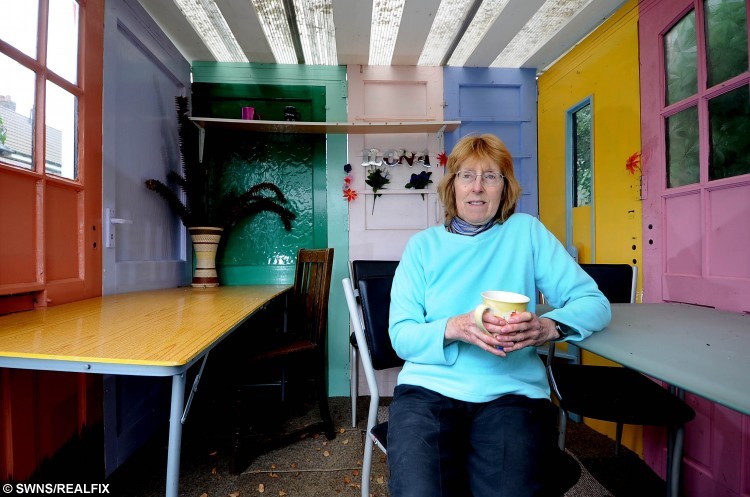 Ilona originally monitored her outgoings and daily spend in a small notebook. Back then she would take a trip up the road to a smallholding to buy six eggs for £1.20 or get her hair trimmed at a local college for £4.50, however nowadays she cuts her own hair.

She still writes on every food package what she has paid for it and tends to go food shopping after 7.30pm when stores start knocking down prices.

She said: “At Tesco they tend to stick the first yellow label on at lunchtime, the second at teatime and the third a few hours later. It means I can’t go out with a shopping list, I just have to buy what’s there.”

Her bargain-driven food shopping spree has resulted in her buying a number of items that has required her to more creative with her meal choices, after picking up a tub of pease pudding simply because it had been reduced from £1.35 to 15p.

She said: “I have to eat things in date order. Those beetroots will probably last a couple more days, but I’ll have to get onto those raspberries and tomatoes pretty soon or they will turn into mush.”

Ilona hasn’t decided to go teetotal in her bid to keep costs down, allowing herself a monthly treat of four pear ciders from Aldi and a bottle of wine.

However she is able to eek out time on household products such as shampoo, which can last her eight months, and washing-up liquid can last the best part of a year. 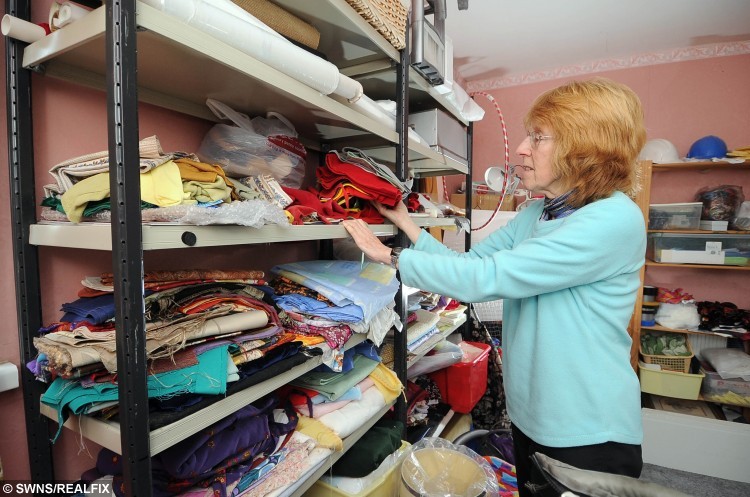 She said: “I used to pile dirty dishes up on the side here and wait until there was enough for a full bowl full of hot soapy water. But I realised that if I rinsed them and gave them a little scrub I needn’t bother with washing up liquid at all.”

Ilona who spends around £10 a week on food, paid just £32 in her last quarterly gas bill and says she has only been in debt once in her life.

She said: “Quite a few years ago I bought a catering trailer. The plan was to go up to the local industrial park and sell burgers and bacon sandwiches. To be honest it wasn’t the ideal job for a vegetarian and it turned out there just wasn’t the custom. It was a mistake, but as soon as I realised it wasn’t going to work I sold it. I probably lost a couple of thousand pounds on that, but it was only me that lost out.”

She buys most of her clothes from charity shops, except for underwear, when she will by pants aimed for teenage boys because they last longer and don’t have VAT added on top. 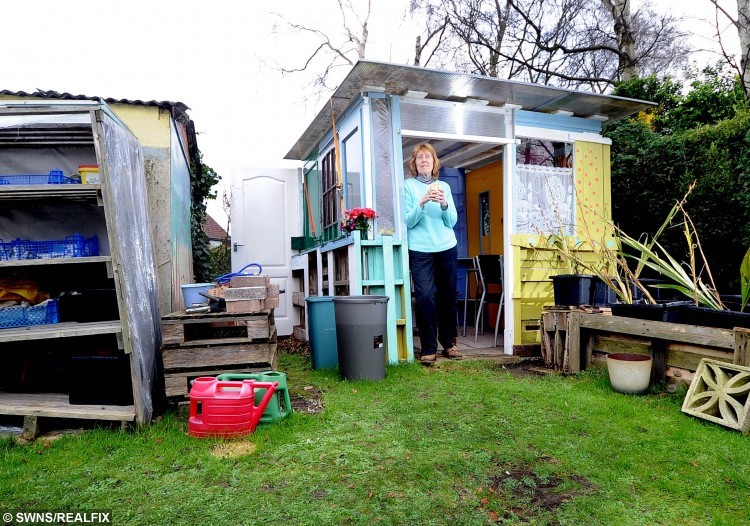 She will only venture into mainstream stores for a real, yet unusual, bargain, recently purchasing a pair of brightly coloured men’s Bermuda shorts, which cost her the princely sum of £1 from Primark.

“These are my latest purchase. They’re XXL, but they’ve got a drawstring, so I reckon they should be OK.”

She hopes to try out the shorts when the weather gets warmer, when she can sit out in the garden next to her bargain basement shed she built from a couple of old pallets and wooden doors for just £20.

Despite not owning a TV herself Ilona said he has entered the structure into Channel 4’s Shed of the Year competition.

She said: “I’ve entered it in Channel 4’s Shed of the Year competition, but I haven’t heard anything back. There’s enough room for me and a few friends.” 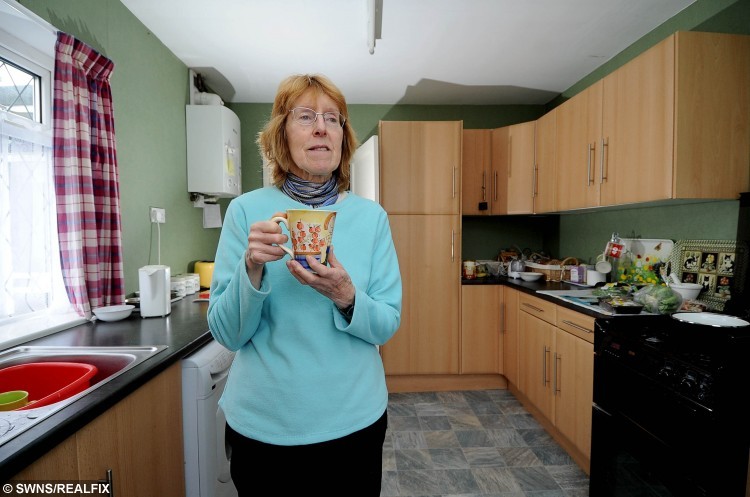