Artist Prudence Staite who has made a nativity scene made out of cheese. It is exactly one month until Christmas and no festive period is complete without great cheese and a nativity scene Ã so why not combine the two? A Cheddar cheese company has done just that - hired a sculptor who used around 40KG of mature cheddar to carefully fashion a highly detailed scene, complete with all the essentials of a Christmas nativity. At first glance it may look like a typical nativity setting, but there is one key difference with this seasonal scene Ã it has been painstakingly crafted by hand entirely from cheese. There is, of course, a cheese Joseph and cheese Mary huddled around a cheese crib with a cheese shepherd and even cheese wise men carrying gifts of Branston pickle, as well as cheese sheep, a cheese cow and, of course, a cheese donkey in tow. But at the centre of the meticulously sculpted model, which also has its own detailed stable housing the characters, is the young infant whose story is so famed Ã Baby Jesus. Commissioned by Pilgrims Choice cheddar cheese, the nativity scene was hand-carved by renowned food artist Prudence Staite in her special workshop based in Tewkesbury, Gloucestershire. See swns story SWCHEESE.

It’s the baby cheesus – the Nativity made from 40kg of cheddar.

Joseph and Mary, the crib, the shepherds, a sheep, a cow, a donkey, and the Baby Jesus are all carved from cheese – with three wise men bearing gifts of Branston pickle.

The figures stand inside a cheese stable measuring 40 cm x 15 cm and the whole scene is illuminated and gives off a bright yellow glow.

The cracking effort was made by food artist Prudence Staite, who softened 40kg of cheese in a special food processor, to shape the meticulously-sculpted model.

She used a cocktail stick and a magnifying glass to create the face of Jesus, who even has his own shaved cheese straw. 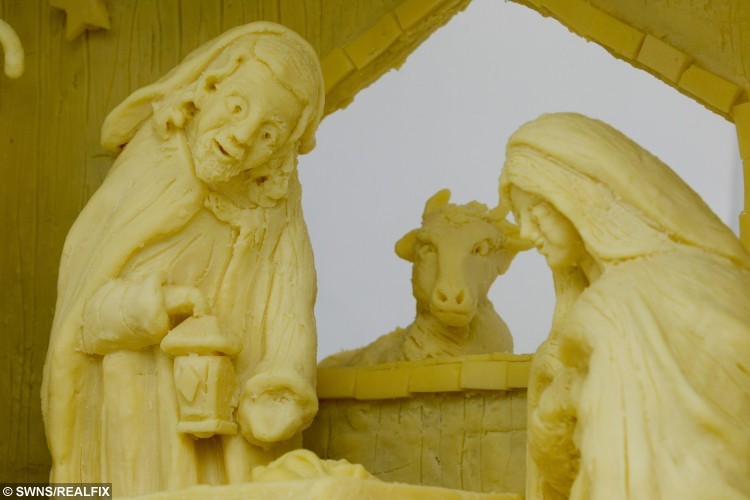 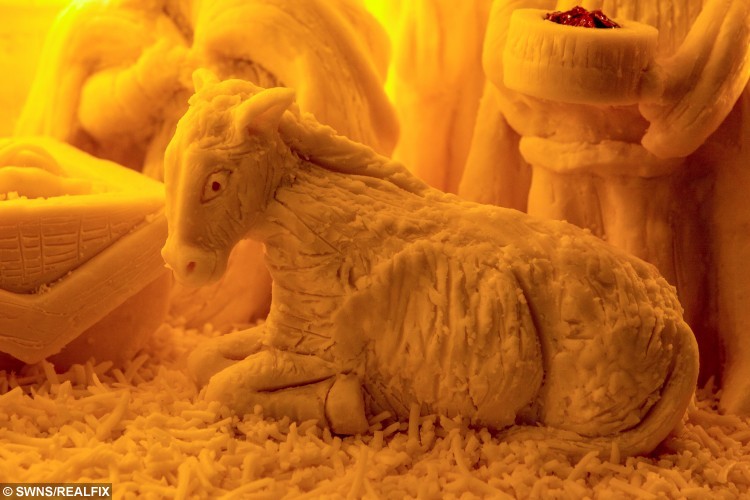 After carving the figures and their faces she stored them in a fridge to firm them up for the display.

Prudence, 36, of Tewkesbury, Glos whose previously works include burlesque star Dita von Cheese, said: “Creating the whole sculpture was a real challenge as it’s so intricate.

“Sculpting the faces of Mary and Joseph was very difficult and fiddly, but I’m very pleased with how it’s turned out.”

The model was commissioned by cheese makers Pilgrims Choice who have yet to decide where to display it. 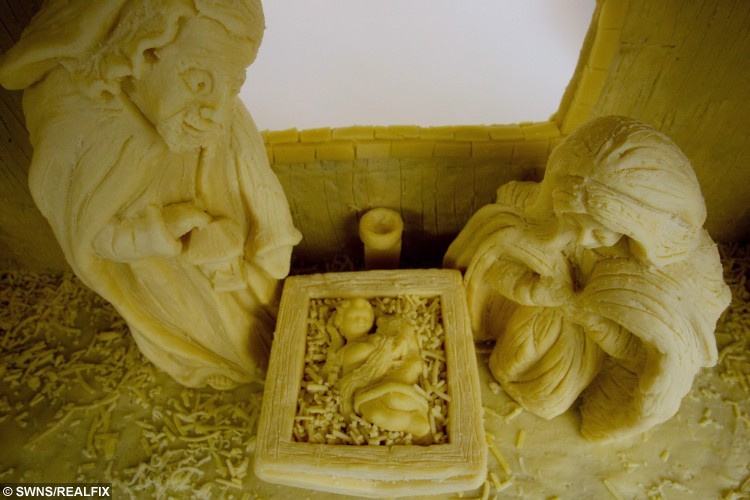 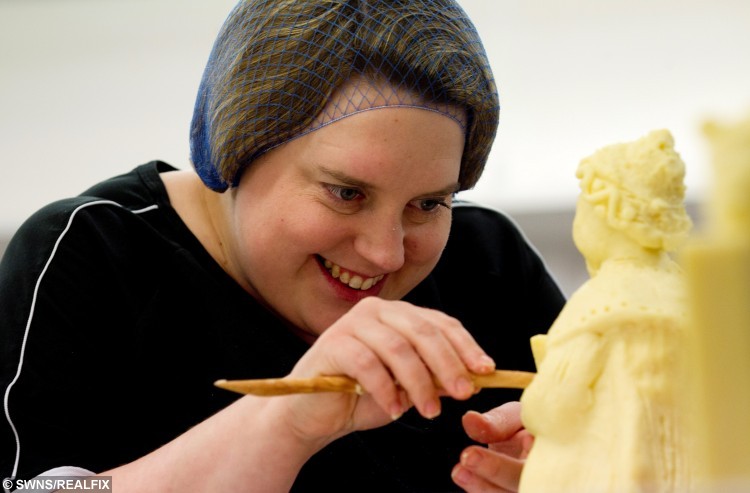 A spokesman for Pilgrims Choice said: “We wanted to have some fun and create the ultimate Christmas nativity scene from our mature cheddar cheese.

“We believe that Christmas isn’t complete without a good nativity and great cheese.”

Have a grate time – here are some songs to sing around the cheese nativity: 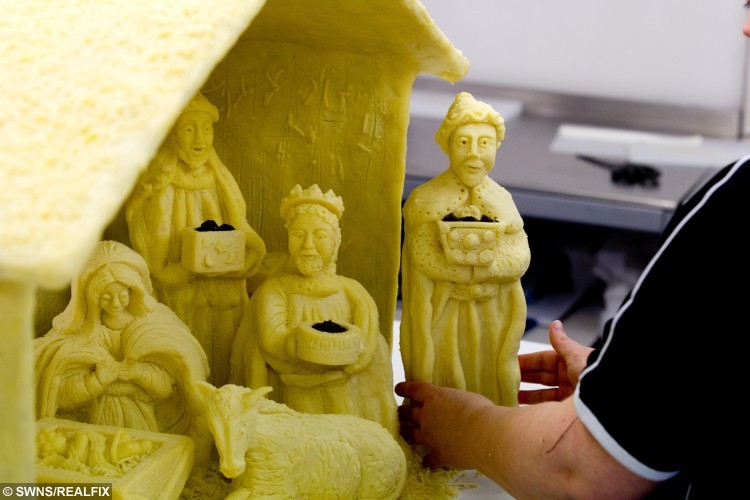 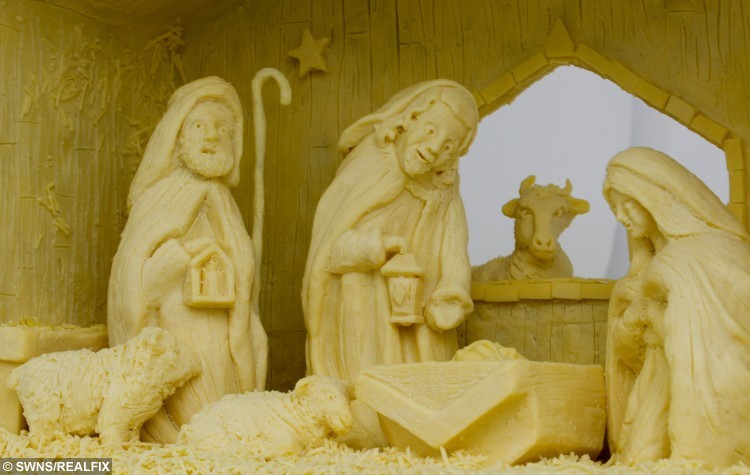