The blue Christmas cone in Birstall, Leicestershire. A Ã21,000 Christmas cone is stirring up a seasonal storm in Birstall, Leicestershire. See NTI story NTIWIZARD. Dubbed the Wizard's Hat, due to its resemblance to Mickey Mouse's headgear in Fantasia, the giant festive centrepiece sits at the heart of the village and was put up on Monday. The polarising fandangle has been hired by Birstall Parish Council for three years, at a cost of Ã6,196 per year, plus Ã2,600 storage costs. It replaced the village's previous decorations, which were criticised last year. However, it appears the Christmas cone has also fallen foul of some residents. An online petition launched yesterday asking for its instant removal had collected 98 signatures by 5pm. The campaign was started by former Birstall district councillor Simon Sansome.

This underwhelming festive decoration has been dubbed Britain’s worst Christmas Tree – after locals claimed it looks more like a WIZARD’S HAT.

Stunned residents in the village of Birstall, Leics., said they could not believe their eyes after the parish council erected the cone structure – which cost a staggering £21,000.

They accused town hall bosses of wasting taxpayers’ cash on the eyesore tree – which bears an uncanny resemblance to Micky Mouse’s headwear from the Fantasia film.

Other angry locals say it looks more like a Dunce’s Hat and have branded the hollow decoration as “shoddy”, “tacky” and just a “downright load of rubbish.”

Residents have now started a petition to have the 25ft (7m) giant tree – which sits in the heart of the village – removed and over 100 signatures have been collected in 24 hours. 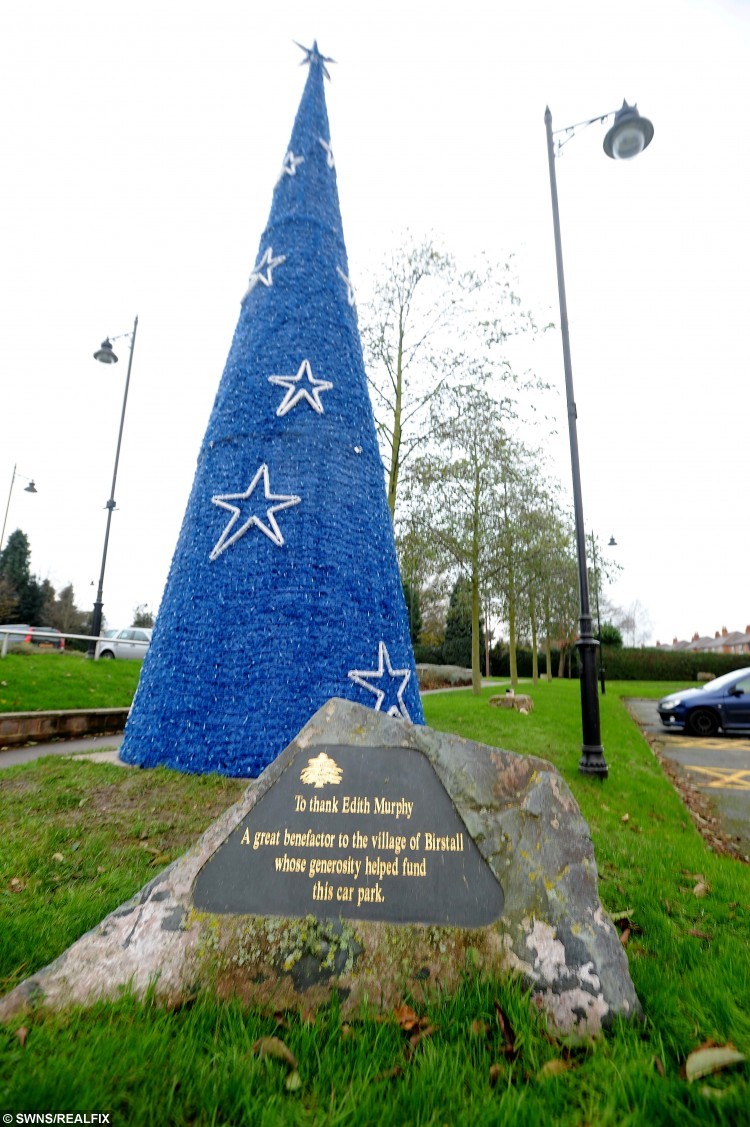 Former Birstall district councillor Simon Sansome, 33, who started the campaign, said: “There were complaints last year about how bad the Christmas tree was, so we expected the parish council to up its game.

“But instead they’ve come up with this.

“We want it removed immediately and replaced with a traditional Christmas tree”.

Local resident Trevor Blackwell, 55, added: “Its an absolute embarrassment and a huge waste of taxpayer’s cash.

“It just looks like a tacky wizard’s hat. Its a poor mans version of Micky Mouse’s Fantasia hat. It is not in keeping with the image of our village.

“Who spends £21,000 on a hollow cone? Everyone is baffled and I don’t know one person who likes the look of this absolute monstrosity.”

Full-time mum-of-three Joanne Murray, 39, added: “It is just a downright load of rubbish. It is a real shoddy effort by the council.

“Kids won’t even recognise this as a Christmas tree. It looks like a big Merlin of Dunce’s hat. You could get a real nice festive tree for that sort of money.

“It just beggars belief. These people are supposed to be representing the people but not one resident was consulted about it at all.

“They are constantly making cut backs yet they find the time to spend money on a big plastic looking cone. It hardly gets you in the festive spirit.” 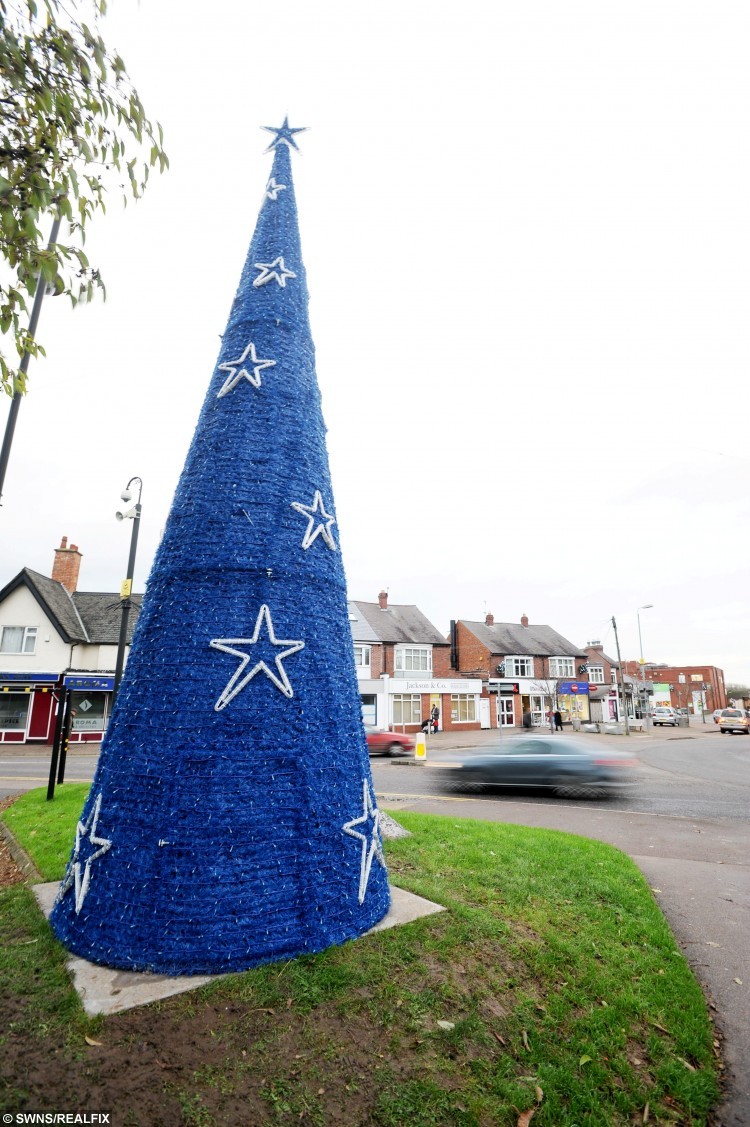 The cone has been hired by Birstall Parish Council for last three years at a cost of £6,196 per year, plus £2,600 storage costs.

The authority defended the move and council clerk Sue Coulson said much of the cost would be covered by unused funds from other ventures.

She added: “We set aside £8,000 for election costs which we never used, so that’s a third of the cost covered straightaway.

“And if you break it down it works out at 71p per year for each person on the electoral role.

“We’ve been laughed and joked at on social media. And we were heavily criticised last year for the poor quality of the real tree we had – it’s upsetting a lot of staff here.

“It seems we’re damned whatever we do.”

Ms Coulson said she had not seen the petition started by Mr Sansome, who lives in Glenfield, Leics.

She added: “But I can guess who started it. He doesn’t even live in Birstall.”