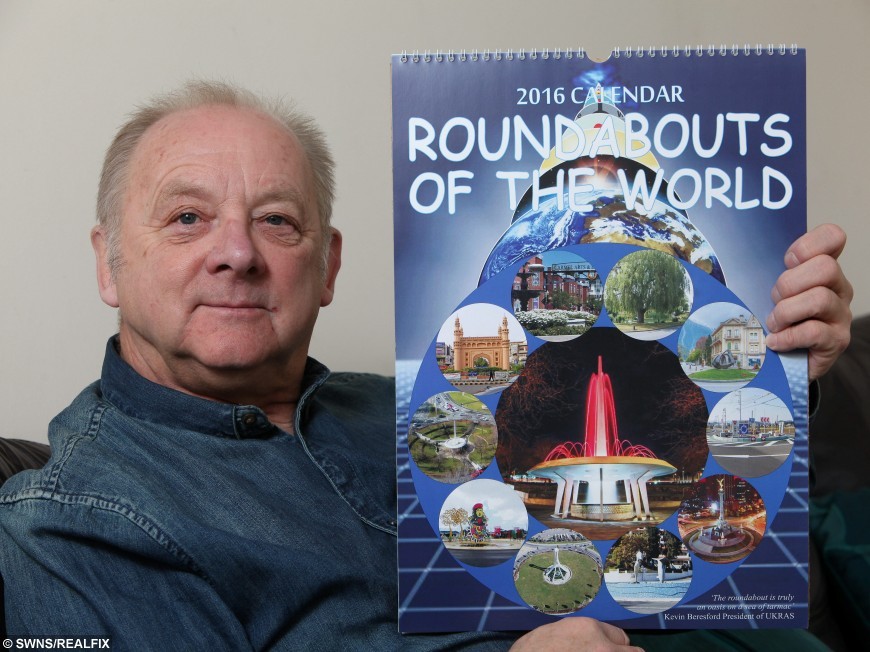 Motoring-mad Kevin Beresford has produced his favourite roundabouts from around the world for a new 2016 calendar.

The printer picked his favourite 12 from hundreds of roundabouts sent to him from fellow enthusiasts across the world. 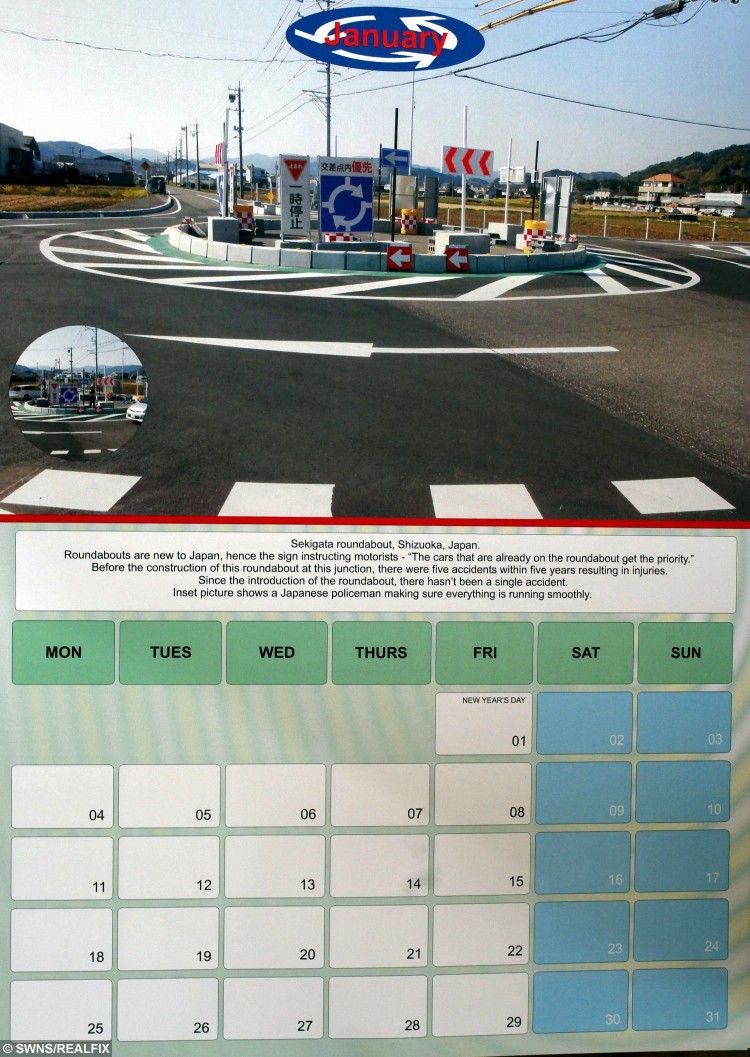 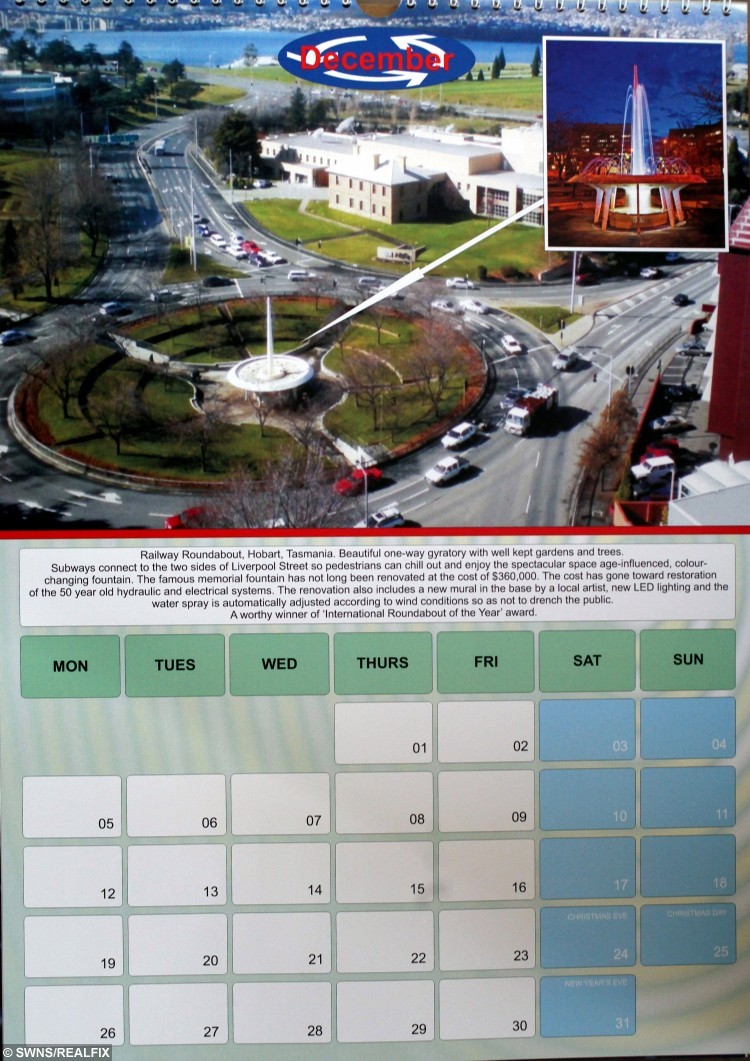 Kevin, 63, who is founder of the Roundabout Appreciation Society, has been scouring the globe for his favourite traffic islands.

Divorced Kevin, from Redditch, Worcs., said: “I am passionate about roundabouts and I want to see more countries embrace them.

“Research shows they cut more accidents than traffic lights and they are help fuel efficiency because there is a constant flow of cars rather than it being stop-start.

“I have been inundated with pictures of roundabouts from around the world but my favourite is in Otford in Kent.”

“It’s a roundabout with a duck pond and a cabin called ‘Duckingham Palace’ on it. It’s so quintessentially English. It’s got listed status and it is simply gorgeous to look at.”

His international calendar features a picture of the infamous Pearl roundabout in Bahrain’s capital in Manama which was demolished in March 2011 by government forces.

Before it was torn down the roundabout, which featured a huge pearl supported by six huge ‘sails’ projecting into the sky, was the focal point for protestors. 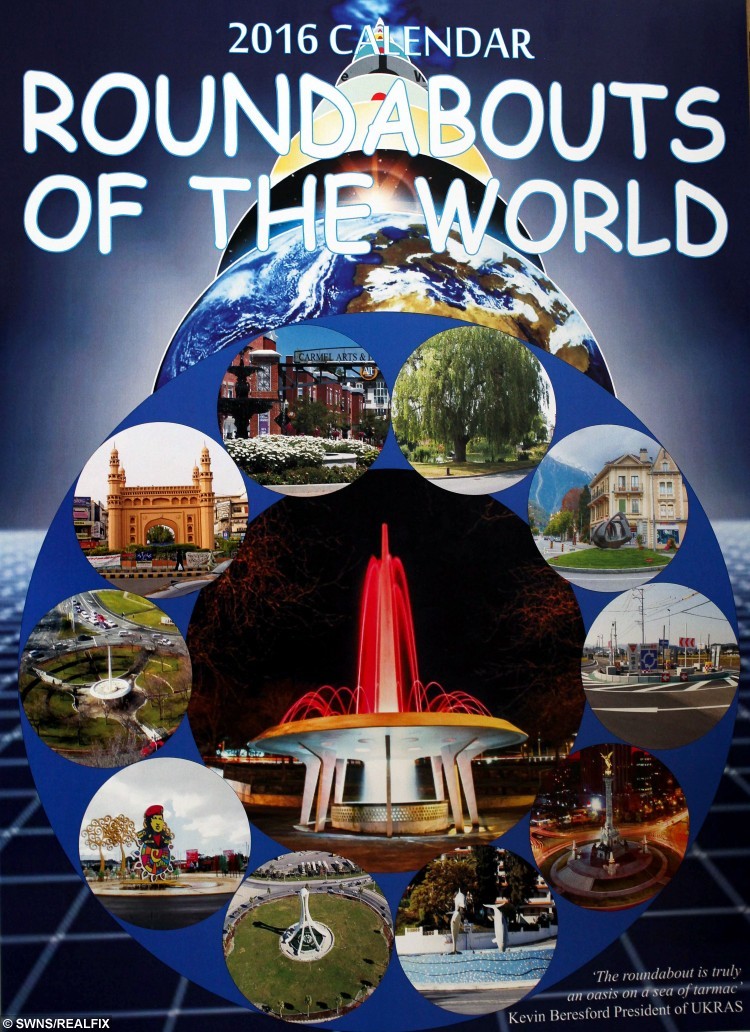 January’s entry features a rare roundabout in the Japanese city of Sekigata.

Meanwhile February shows a roundabout featuring a replica of a mosque in Charminar, Karachi, Pakistan.

Another favourite of Kevin’s is a roundabout in the French town of Morbier which features a giant monument of cheese and a grandfather clock.

Meanwhile other roundabouts, including a ‘double kerbers’ in Mexico City.

Kevin added: “There is such a rich history surrounding roundabouts and some very clever designs.

“I particularly like double kerbers which are basically a path around the outside of the island allowing pedestrians to walk on.” 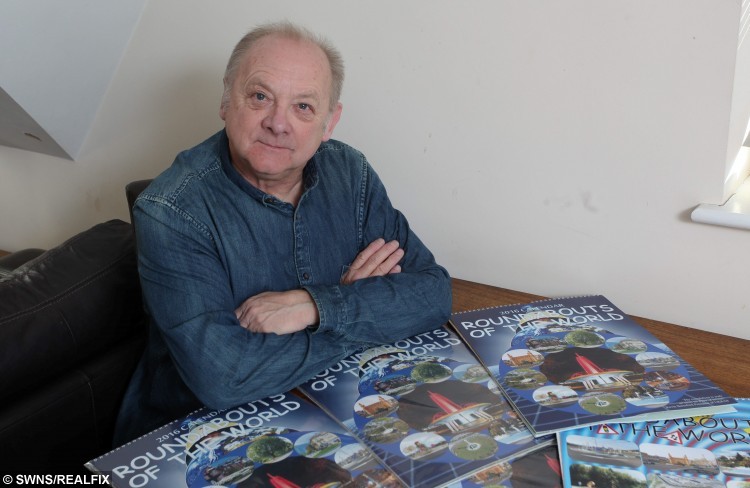