A cash-strapped council is blowing taxpayers’ money organising a course on how to wear a SCARF.

Northamptonshire County Council are advertising for people to attend the three-hour class which is titled “Discover How To Wear Scarves Effectively”.

The course, which is due to run on November 3 at Abington Bowling Club, Northants., will be taken by leader Leslie Clarke, and costs £24.60 per person.

In the advert on council‘s website, the authority says the event has been designed to teach participants “how to wear scarves more effectively for their personal style”.

Learners will also “discover different ways to tie and wear scarves” as well as “understand how scarves can make a difference to your outfit and proportions”.

It also adds that pupils can learn to “practice a variety of ways to tie scarves using knots, twists, loops and folds”.

The bizarre class comes after the council announced they were not on course to hit the previously proposed target of £65million in cuts and savings.

The council agreed in April to a catalogue of cuts including closing down eight children‘s centres, reducing the funding to Northants Fire and Rescue Service and closing a care home in the county.

Although the council said it is on track to make £30million of those savings, the authority added it is unlikely the remaining £35million will be achieved.

Two years ago the council were criticised for advertising a two-hour adult learning session which was titled “Meeting The Welfare Needs of Hamsters”.

The evening course led by rodent expert Sophie Hacking was designed to teach pupils how to feed their pet “a balanced diet” and assess their “social needs”.

But the £5.90 session had to be scrapped due to a lack of numbers. 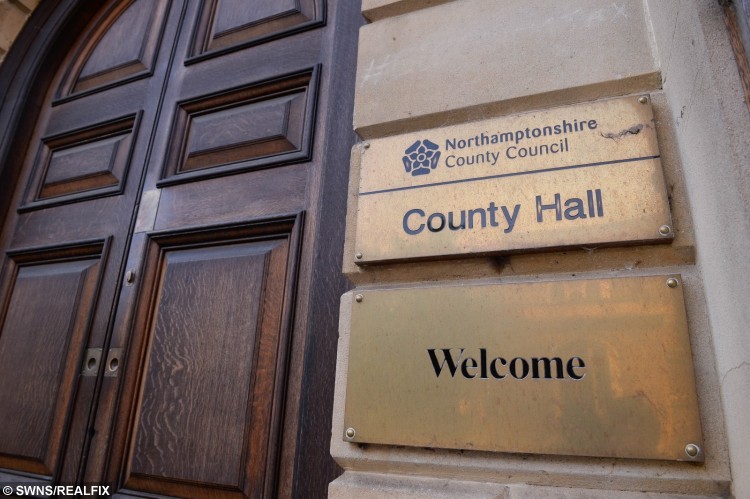 Yesterday (Thurs), local residents criticised the authority for wasting resources as they try and slash budgets by £128million over the next five years.

Danielle Westwood, 43, from Spinney Hill, Northants., said: “I don’t understand why the council are wasting time and resources on something as pointless as this.

“It’s just abusrd. Why can’t people look online to see how to put a scarf on.”

Steven Tolley, 35, from Upton, Northants., added: “No one in their right mind would pay £25 to learn how to put a scarf on.

“Adult learning courses can be very helpful, but this course is just a joke.”

Harry Davis, Campaign Manager at the TaxPayers’ Alliance said: “The council has raised council tax by almost 53 per cent in in the last two decades and another 4 per cent this year so local taxpayers have every right to be angry that their money is being spent on these nonsensical courses.

“Councils up and down the country are pleading poverty and claiming that there is no further waste to cut but this case just goes to show that this is not always true.

“If we are ever going to get the country living within its means then councils need to get serious about what they should and should not be funding.”