Couple find Britain’s most venomous spider lurking in their kitchen

A couple and their two children got a nasty shock when they found Britain’s most venomous spider nestling beside their fridge.

Cathy and Steve Bugg, found the false widow spider at 6.15pm on Thursday, when Cathy was looking for a tray in the kitchen.

Cathy, 45, said she didn’t immediately realise that the eight-legged visitor wasn’t a regular house spider, only spotting its unique markings after husband Steve, 57, put it outside.

She said: “We were both shocked to learn it was not a regular spider, normally my husband would use glass to move spiders but because of where it was he couldn’t get a cup to it.”

The couple live in Chelmsford, Essex with the two daughters, aged 17 and 19, and admitted family felt unnerved by the run in with the one-inch spider.

Cathy said: “I got my husband to get it so he got a tissue and slowly placed it over it and he put it out at the front,”

“It was then that he noticed how different it looked and we took some photos. We Googled it and realised that yeah maybe it was a false widow.

“We went back out the front to see if we could see it but we couldn’t. It was very slow and really didn’t like being put outside.” 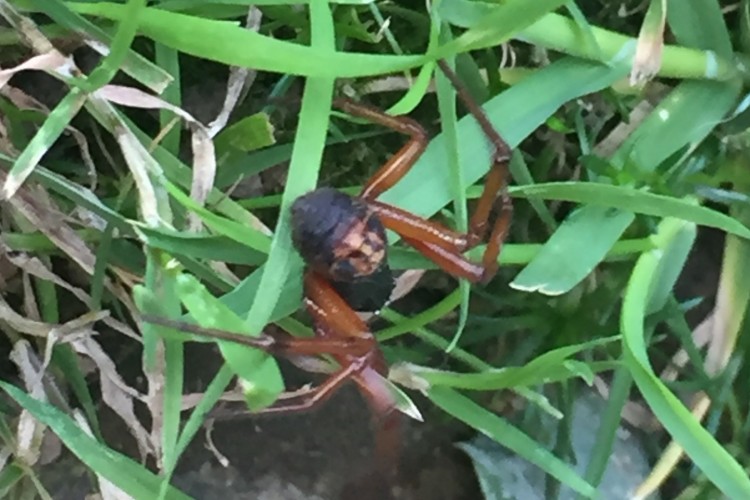 Cathy said she has been on edge since the experience and is planning on scouring the kitchen to make sure no more false widows are lurking.

“We have been very jumpy since and I’m going to pull my fridge out today and make sure there’s no more.

“Steve doesn’t mind spiders but I hate them. They make me cringe.”

She added: “I really hope they are not nesting in my house.”

False widows are believed to have arrived in the UK for the first time in the 19th century in crates of fruit from the Canary Islands.

Their population thought to be on the rise.

The bite of the false widow – named because of their resemblance to the highly venomous black widow spider – have been said to resemble a wasp sting.

Family has raised nearly £50,000 trying to find a cure for their daughter who hasn’t been able to eat – for SIX YEARS

“I’m not scared of dying” : Young cancer victim “princess of the Beatson” leaves heartbreaking note to her parents

"I'm not scared of dying" : Young cancer victim "princess of the Beatson" leaves heartbreaking note to her parents