This hilarious photo shows a toddler taken to a fire station by his mum after he got his head stuck – in a TOILET seat.

Little Callum Souch had popped off to use the loo while mum Kirsty Smith made a coffee earlier this week (August 3).

The two-year-old has only just started using the toilet independently – and appears to still be learning how it all works.

Callum emerged from the bathroom with the child seat firmly trapped around his neck after taking “longer than usual”. 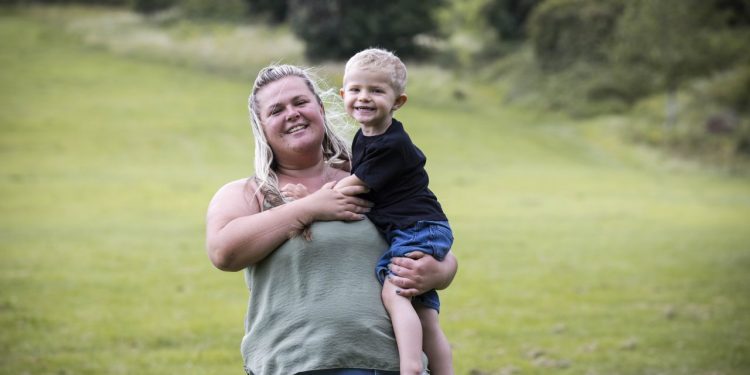 Kirsty, 30, then called the fire service who said they would send an engine but, realising that would be overkill, decided to march him to the station on foot instead.

Friendly firefighters removed the seat with a large pair of pliers before letting Callum sit in the trucks and play with the lights.

Kirsty, of, Bedminster, Bristol, said she now plans to frame the pictures of her son’s mishap and give them to him for 18th birthday. 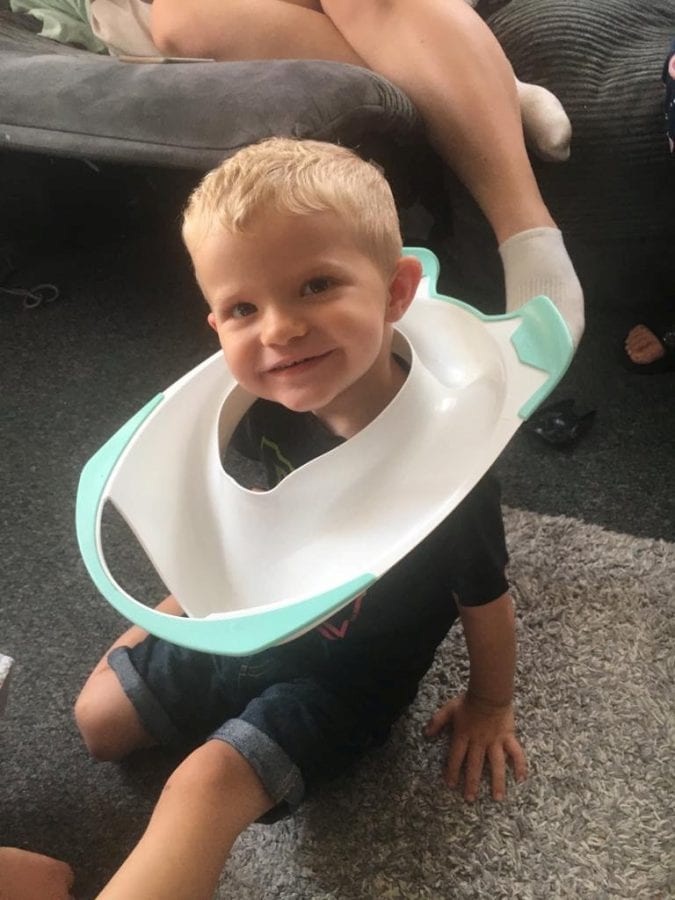 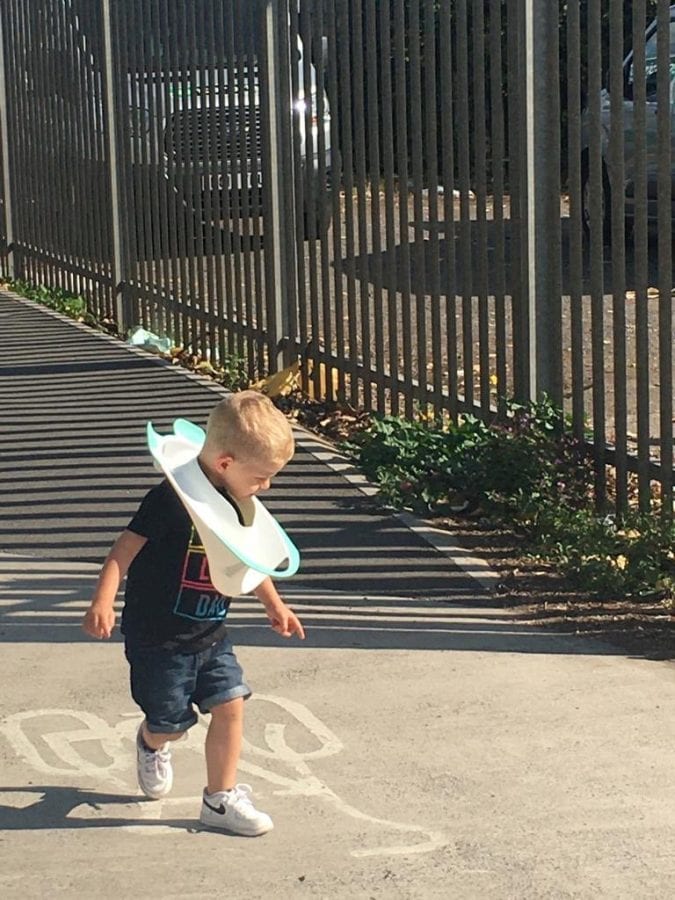 The mum-of-three said: “I was making a cup of coffee when Callum said he needed the toilet. I said: ‘Go for it, little man’.

“He was taking a lot longer than usual – and then came out with the toilet seat around his neck, looking like he had won the lottery.

“We tried to get it off but it was really hurting him, so we called the fire service.

“They were originally going to send out a massive truck but I said that wasn’t necessary, so we walked. 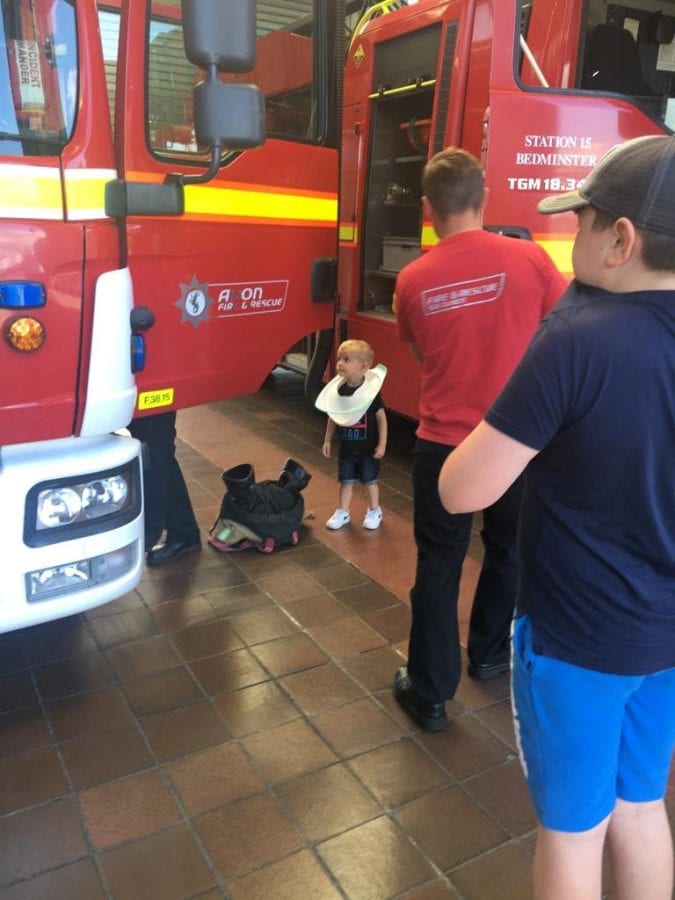 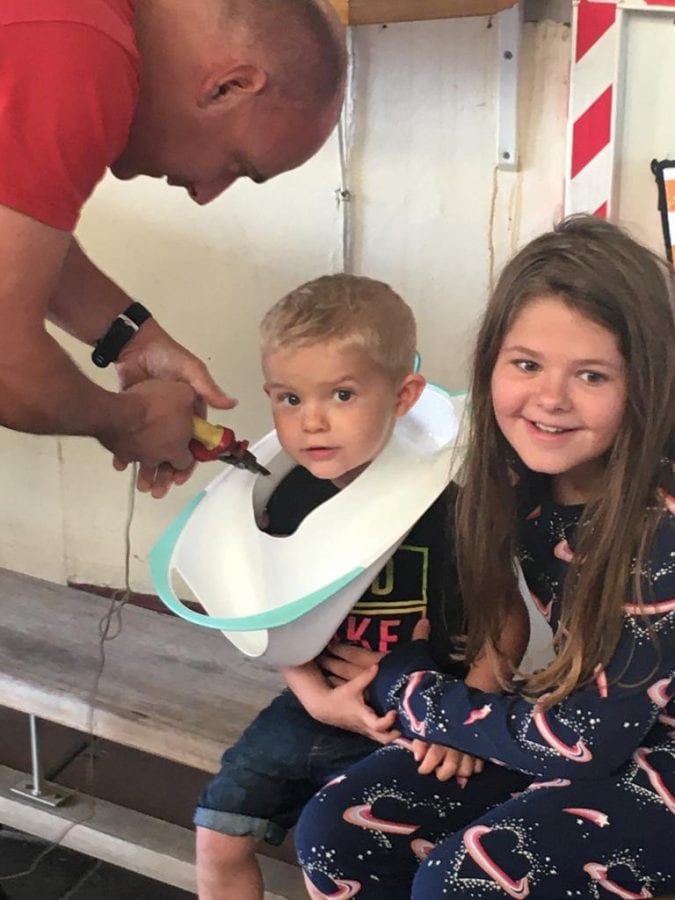 “It’s about five minutes to Bedminster Fire Station. We saw our neighbours on the way – they laughed!

“The firefighters were lovely. They made a couple of jokes, but they made him feel so welcome.

“There’s no forgetting this. His first boyfriend or girlfriend will see these pictures. They’re going to be on the wall for his 18th.

“We are now getting him one that’s fitted to the toilet seat – but knowing Callum something will happen again.”