Ted Phillips, pictured with the Emu he rescued from outside a primary school in Haxey.

This photo was taken moments after a dad-of-two wrestled a rampaging EMU to the ground outside a primary school.

Former miner Ted Phillips, 50, jumped on the ginormous bird before pulling it to the ground and placing a hat over its face to calm it down.

He said he had ‘no choice’ but to tackle the rogue, 6ft bird amid concerns it may harm children at the nearby school.

After a short standoff, he restrained the Emu with the help of a passing police officer and two other men who held and tied its legs together.

The takedown came a week after the bird had reportedly escaped and was spotted on the loose at several locations in the Isle of Axholme, North Lincs.

Ted, who runs Shepherd’s Place Petting Farm in Haxey and has a number of rheas – the South American equivalent of an emu – sprang into action after its latest sighting on Monday.

He rushed to Haxey Church of England Primary School, South Yorks., in his car after receiving phone calls from worried parents fearing for the safety of children.

Ted, originally from near Bawtry, Doncaster, ignored advice not to approach the bird because they can be unpredictable and aggressive.

He said: “The emu has been said to be running around the Isle of Axholme for the last week, and people have been ringing me up with reports of it, but it was not our bird so I didn’t feel there was anything I could do.

“But this morning, I got a phone call saying it was at the primary school in Haxey – the mums were ringing up saying ‘we’ve got an emu running round’. I went down and jumped on it.

“We’ve got rheas on our farm, and they are slightly smaller than emus. There were two running round Sprotbrough last year, and we re-homed them, so I am used to handling that sort of bird.

“Emus are bigger, but there were safety issues for the children, so I didn’t feel I could just leave it any longer, and I felt I had to do something.

“It was at the side of the road, opposite the school, and that’s why the parents were worried. 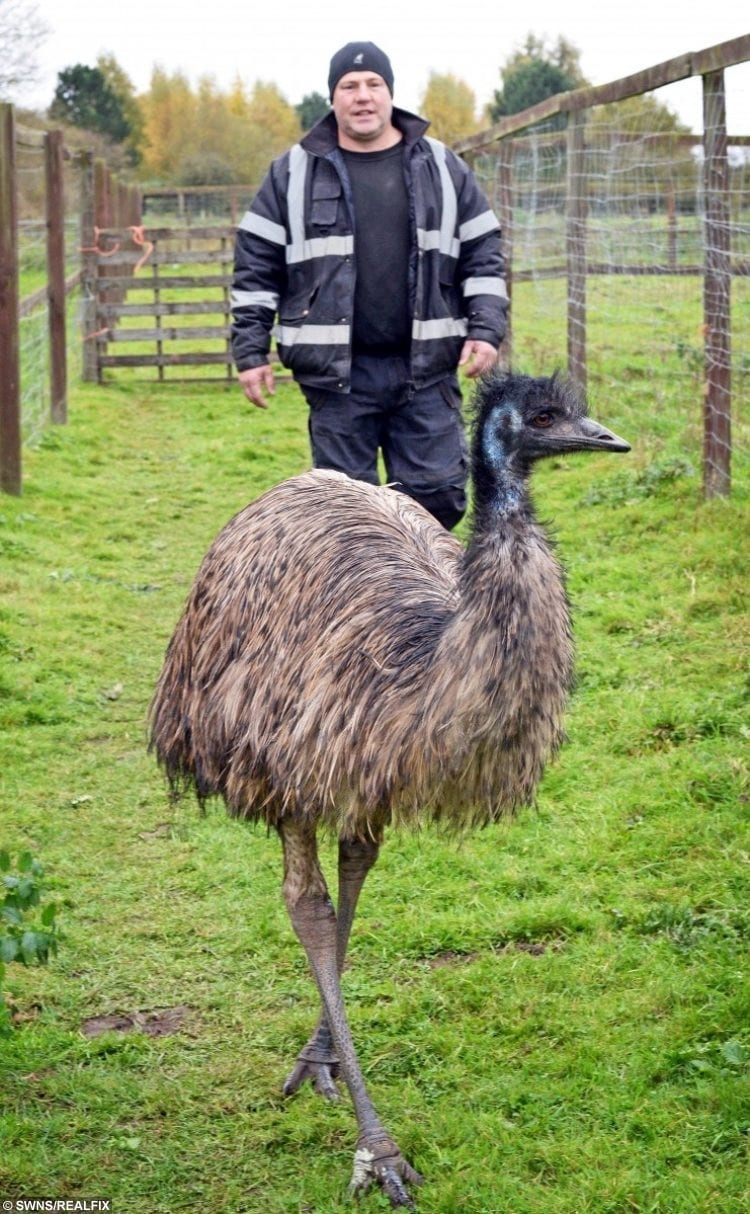 “I got out of the car, got as close as I could to the emu, and then got hold of its head and body, and pushed it to the ground.

“We don’t know who the emu belongs to.

“Emus are about six foot tall. I grabbed it and pulled it to the ground and it took two men to hold its legs down and I put my hat on its head to calm it down.

“There were four of us holding it down and we tied its legs.”

The emu is now being looked after at Shepherd’s Place.

A spokesperson from Humberside Police said: “We were called shortly before 8.30am today, Monday 6 November, with reports of an emu on Haxey Lane in Haxey.

“We attended and with the help of the public the emu was captured and taken to a nearby farm.