Did this lucky lady get the inside scoop on George Clooney’s wedding?

by RealFix
in Bizarre, Most Popular, Relationships
0

Hollywood actor George Clooney leaves TigerLily in Edinburgh, Scotland, with competition winner Heather McGowan, who had lunch with him, November 12, 2015. See Centre Press story CPCLOONEY; The Hollywood star George Clooney jetted into Scotland to visit a not-for-profit sandwich shop, Social Bite, before speaking at the prestigious Scottish Business Awards. The A-lister will spent the day in Edinburgh and met staff of Social Bite who were once homeless but now work in the chain of cafes which donates its profits to charity.

A woman who shared an intimate meal with George Clooney has spoke of her joy after the Hollywood hunk planted a cheeky kiss on her.

Heather McGowan was the lucky woman who won the opportunity to have lunch with the star during his flying visit to Edinburgh.

Clooney, 54, was in the city to visit the Social Bite cafe – a shop that helps the local homeless community.

Heather, a 32-year-old wedding planner from Glasgow, enjoyed lunch the the A-lister at the Tigerlily bar in Edinburgh.

She said it was a day she was “not going to forget”.

Heather said: “It still seems a bit surreal and now that it’s over, I can try to absorb all the little bits of the day.

“Getting a kiss on the cheek from him was absolutely brilliant.

“He was the most charming man. Everyone in there was absolutely captivated by everything that he had to say.”

Heather was worried that she might be overcome with emotion when she met George, but managed to keep herself calm.

She said: “I was really worried that I would be a mess but I held it together. It was a day that I am honestly not going to forget.

“I’m quite lucky he was late. It let me get accustomed to the situation and compose myself a bit.”

George and Heather spoke about a number of things ranging from his business interests to his recent wedding to Amal Alamuddin. 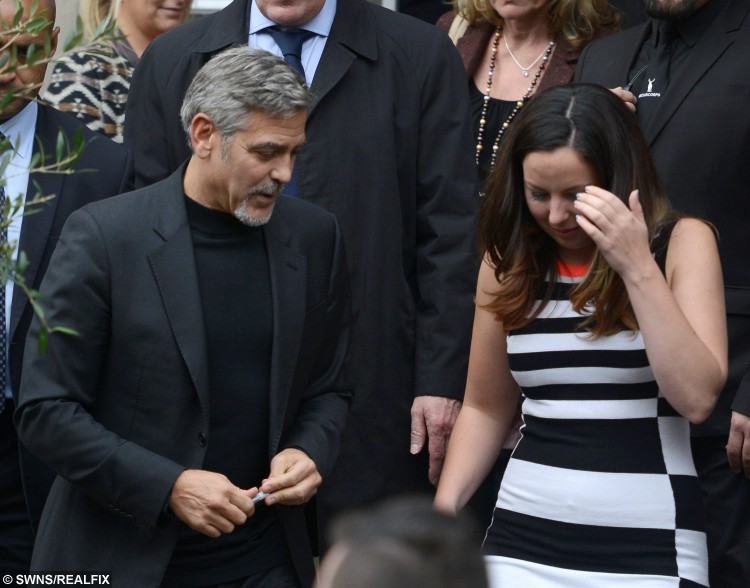 Heather said: “I asked about his wedding and he told me that he got to the point where he was just like, ‘wedding planners, leave me alone’.

“He did say that he was really involved in his wedding though.

“He was talking about business and told me that when he has invested with his heart, he’s had some interesting circumstances, so to try to invest with your head.

“So for me as a businesswoman that’s a fantastic thing to take from our conversation.

“We had an interesting discussion about American politics. I was born in America so I was interested in that.

“He didn’t say who he was supporting but he did say that Donald Trump was an interesting character.

“I had a really informal chat with him about American football.”

“He’s used to the whirlwind of the press so for him to have a minute to talk about the sport would be a nice thing for him as well.”

Heather is unsure how any future dates will be able match her lunch with George.

She said: “It’s absolutely the best date that I’ve had. No one is going to live up to that.

“This wasn’t on my bucket list but let’s just end the list now. There’s nothing that’s going to beat this.” 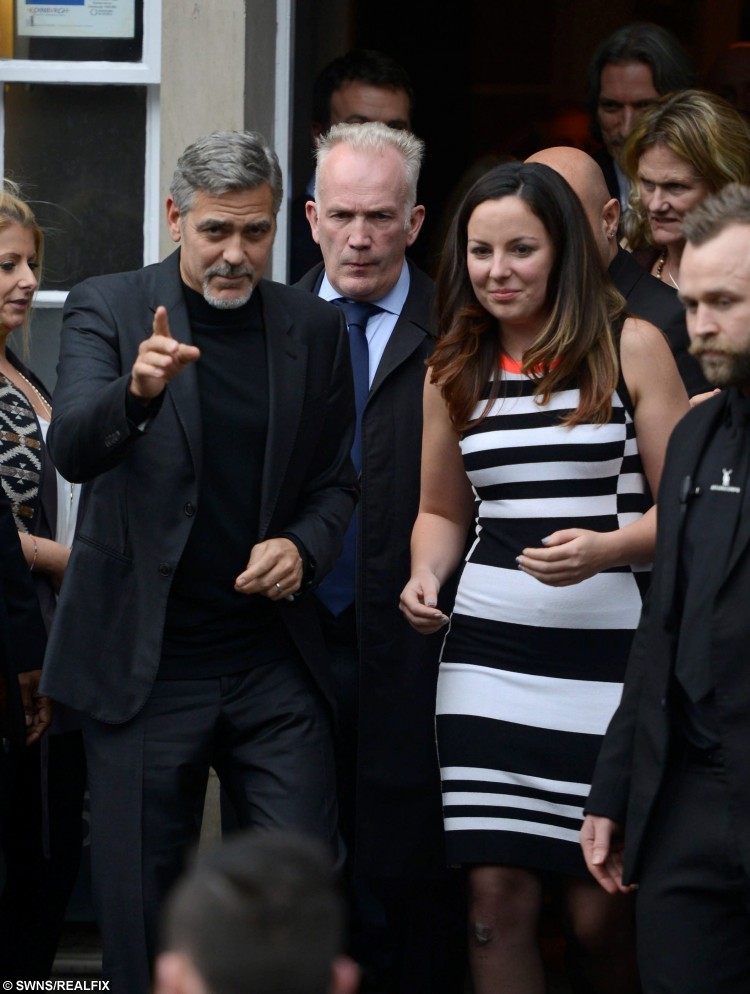