A Doctor Who mad couple have created their very own Tardis in their front room.

Paul Seymour, 55, and his wife Joanne, 52 are the proud owners of the iconic time travelling machine after Paul used all of his pension fund to renovate their home because of damp problem.

He used the opportunity to transform their living room which is now adorned with lifesize cutouts of every Doctor, an inflatable Dalek, a Cyberman helmet, fezzes and sonic screwdrivers.

Paul said: “We had water everywhere and Joanne said ‘let’s redecorate the four main rooms’ – that’s two downstairs and the two bedrooms – so I said ‘I’ll have the living room’.

“I just thought, to hell with it, I’m having something different.” 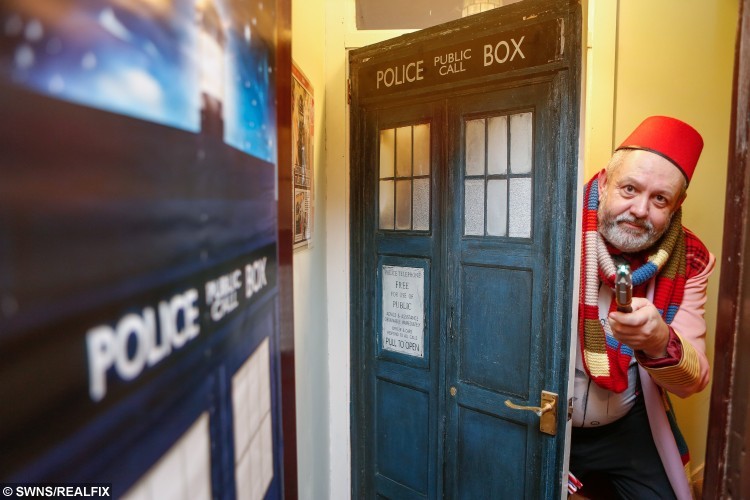 Among the props and merchandise in their house in Erith, Kent, is a desirable collection of desirable signed postcards from different various incarnations of the doctor.

The Seymours’ Doctor Who inspired renewal of their wedding vows last year attracted the attention of Tom Baker, David Tennant and Peter Capaldi.

Paul wrote to all the living actors who have played the doctor and some of his companions and received some great responses.

He said: “Tom Baker was the first to respond. He sent a whole batch of signed photos, which brought quite a bit of money in. David Tennant sent us a signed postcard.

“I just thought we could use some of it in the living room. It was meant to be just a few bits and pieces but when you spend £20,000 doing the house up you may as well go the full monty!

“We didn’t expect Peter Capaldi to respond because he’d just started filming, but he did send us two photos. One we auctioned off and one we kept.” 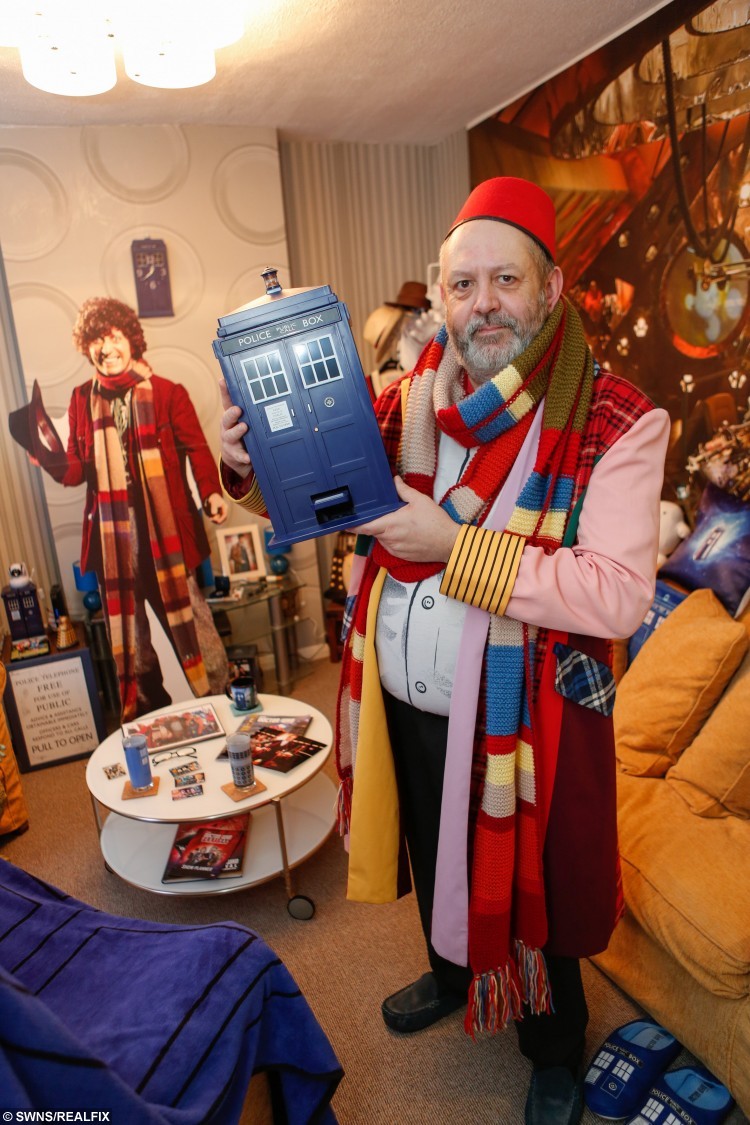