A family on holiday at Center Parcs were left flapping when a giant SWAN wandered into their apartment and started watching CBeebies on TV.

Dulcine Carney, 42, was having a snooze on the sofa when her six-year-old niece Sophie woke her up when the huge bird waddled inside.

Hilarious pictures show the 3ft-high swan wandering around the apartment before settling on the carpet to watch the TV. 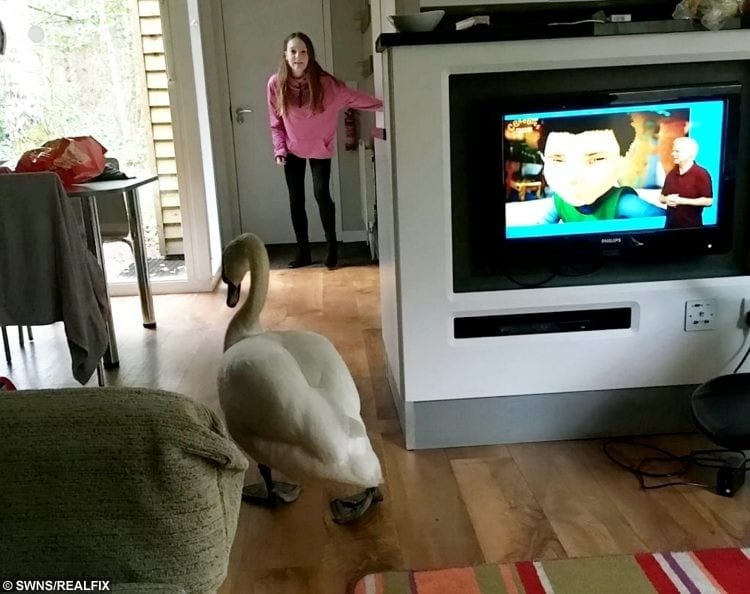 Dulcine was staying at Sherwood Forest Center Parcs on Saturday (2/3) with her twin sister Samantha and her daughters Sophie and Stephanie, 11, when they were joined by the feathered friend.

She said: “We’d gone for a short break over half-term. It was a nice day so we had the sliding door of the apartment open.

“Myself and Sophie went back to the apartment while Samantha and Stephanie were shopping.

“Sophie put CBeebies on the TV and I was lying down on the couch with my eyes closed.

“The next minute, Sophie whispered in my ear: ‘Auntie, I need your help with the swan.’ 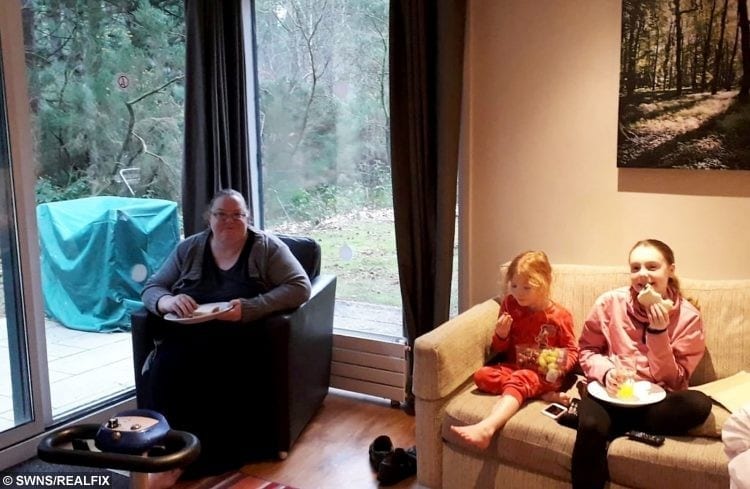 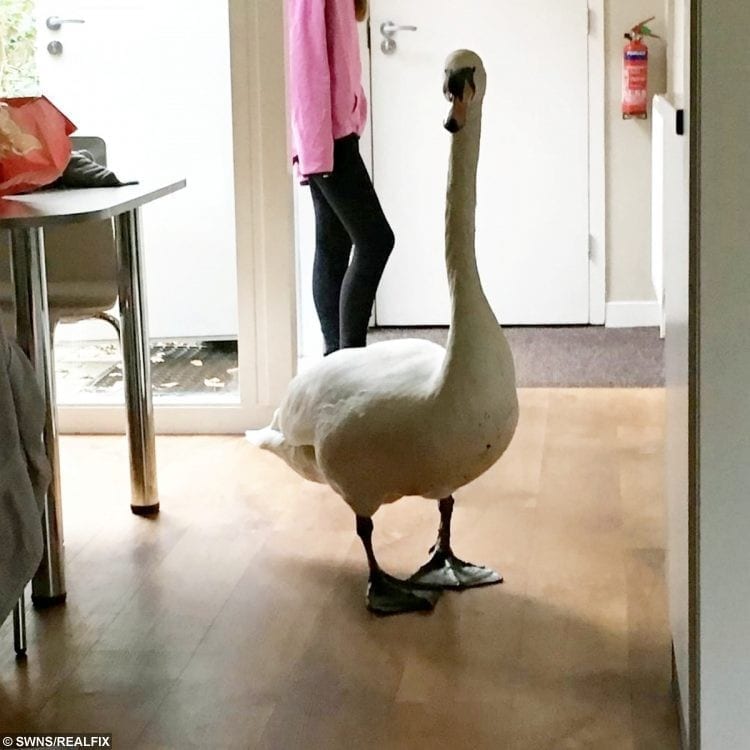 “I thought she was having a joke but when I opened my eyes there was this swan standing next to her watching the telly.

“We weren’t scared, we were very calm. I thought ‘do I approach it?’

“It looked really calm but I did not want to upset it.

“It was really chilled. It was just as if it was a puppy dog.

“It was about a metre away from me.

“My other niece Stephanie came home, opened the door and said ‘why is there a swan in the villa?’ 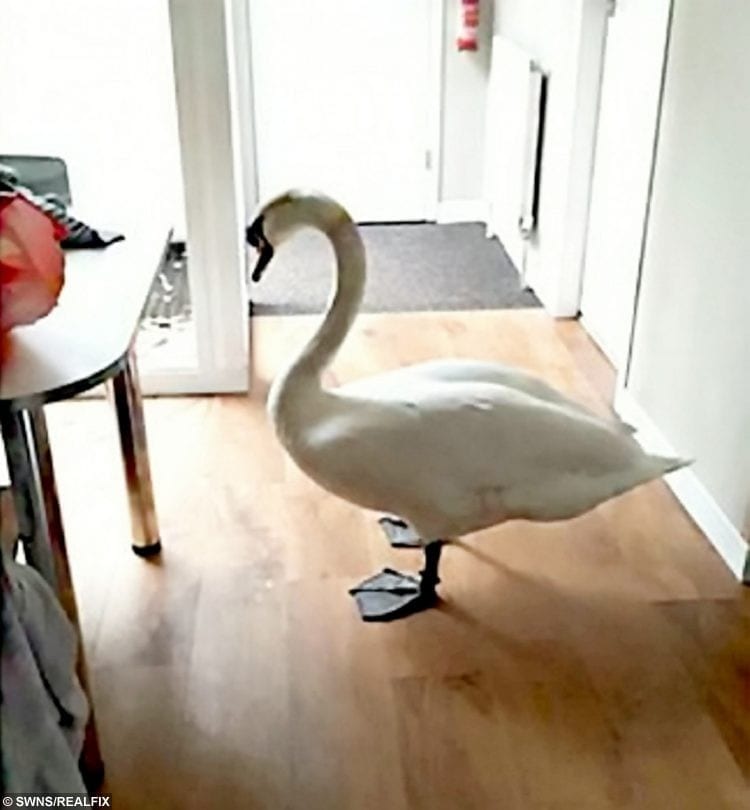 “I thought I would use a quilt between me and the swan.

“It wasn’t hissing or flapping.

“I just very gently patted it on its head and said ‘goodbye’.

“I go to Center Parcs quite regularly. There’s always wildlife around there, but I have never had a swan come inside.”

Dulcine, an occupational therapist from Gorleston, Norfolk, posted pictures of the sawn on Twitter on Saturday afternoon and within hours it went viral.

A spokesman from Center Parcs said: “Our squirrels and swans tend to get quite comfortable around people.”