A convenience store owner has become the victim of a serial shoplifter – a SEAGULL who is pinching his snacks.

Frustrated Zaman Iqbal said the brazen birds show no fear as they walk into his 24-hour shop looking for food.

The birds loiter outside the store at night before waddling in through the open door.

A video he shared on social media shows one of the birds going for a bag of Golden Wonder BBQ Saucers.

The footage then shows Zaman chasing the sneaky seagull through the aisles before it drops its loot and makes a quick getaway through the shop door.

The frustrated shopkeeper yesterday (Wed) said: “I’ve had seagulls come in trying to pinch the snacks for a while now. Some of them don’t make it very far but this one managed to get hold of some crisps. 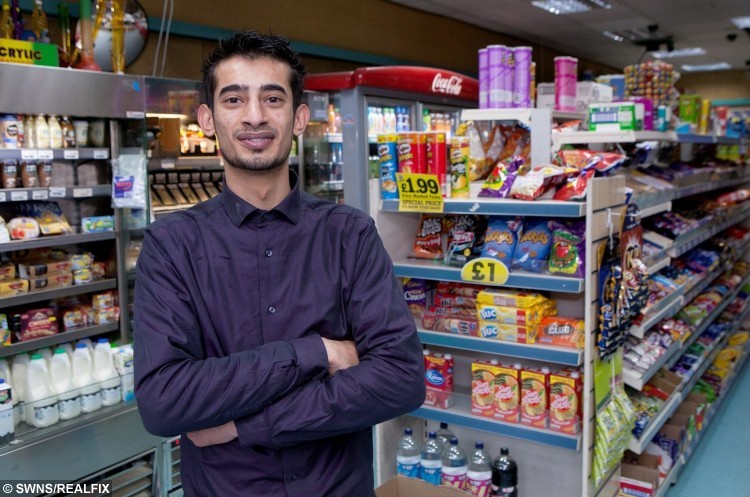 “It could be the one that came here before. It must have thought the heat had died down and that security was low.

“It was sneaky but luckily I managed to chase it off. I just shouted at it and it dropped the crisps. Then I said ‘Thank you’.

“It flew out of the shop and almost hit a girl.

“It’s funny but a bit of a nuisance because they distract the customers as well.

“I only noticed this one because a customer told me there was a seagull walking around the store.

“I could hear it rustling with a bag of crisps. I grabbed my phone and ran after it. Then chased it off and it almost hit a girl as it was flying back out.

“It’s happened a few times now but I know how to deal with the seagulls. You just run at them from behind and they will make their way out.” 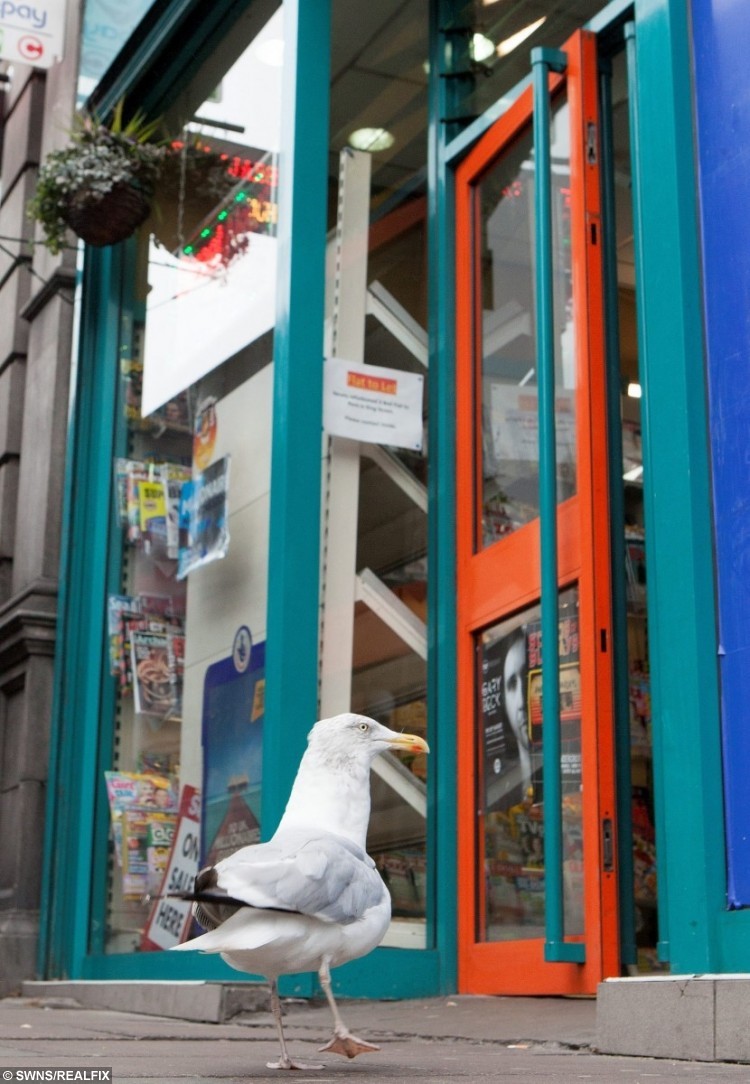 Footage Zaman recorded last year shows a seagull casually looking around the story before spying a display of nuts – and grabbing a pack from a lower rack.

The bird tries in vain to open the pack before coolly walking back out of the shop – with Zaman spotting him too late and shouting: “Oi, you. Get out of my shop.”

Another clip shows a seagull wandering the aisles deep inside the shop looking for tasty things to grab. 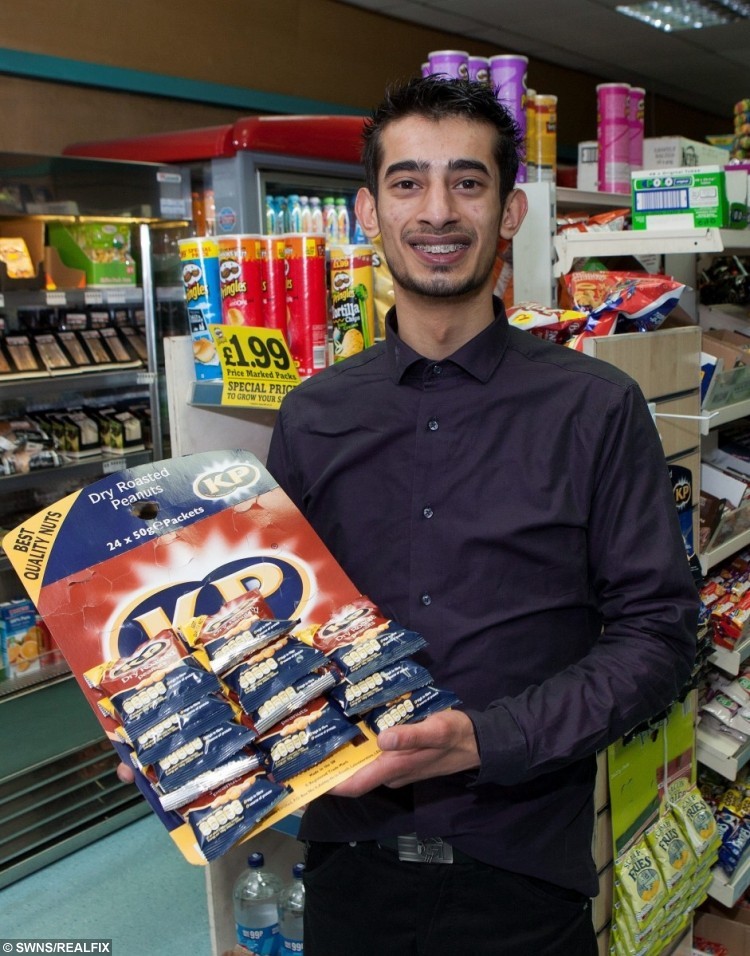 It arrogantly carries on even when Zaman sees him and starts following him, before turning tail and flying out of the shop.

Zaman, 24, has posted the footage on Facebook to show the problems he is having at his Sweet News store in Aberdeen.

The businessman, who has run the store for almost four years, added: “We get seagulls quite often trying to come into the store, but we try to scare them away and keep them out. 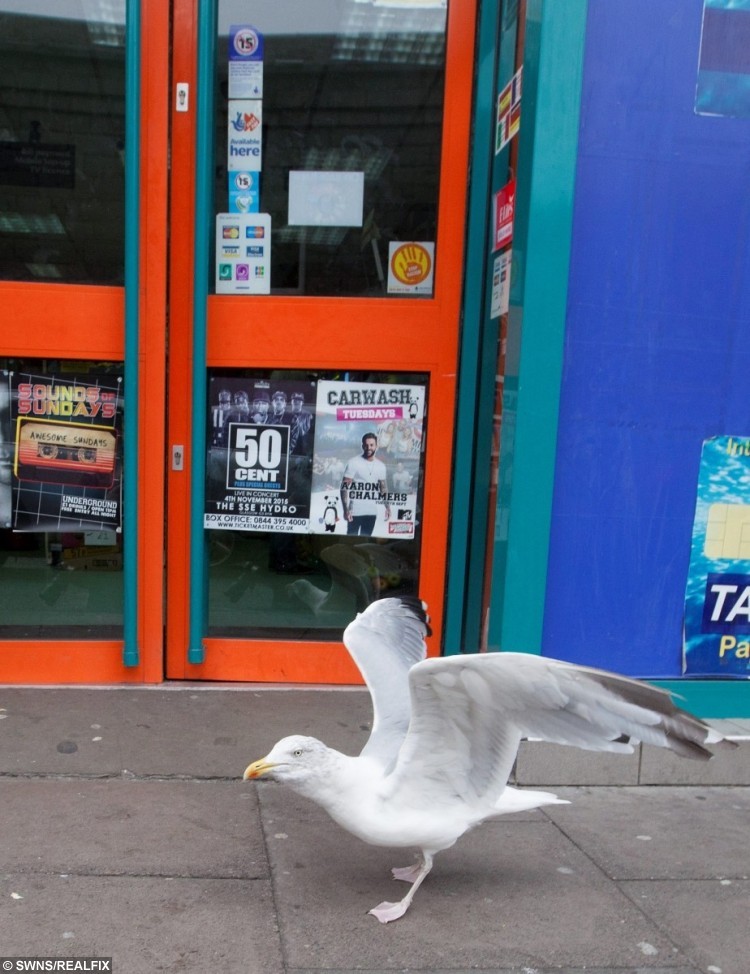 “Because we’re a 24-hour store we’re open through the night. We often have drunk people and junkies dropping food outside causing them all to swarm outside the shop.

“Sometimes one will come in looking for more food and we have to make them buzz off.

“They seem to just keep trying to steal every time they come back in.”

In 2007 a gull named Sam became famous for stealing packs of Doritos from another local shop and eating them outside the store.