Paul Downie and Fiona Davidson from Ayr with their daughter Khaleesi, who has been named after one of the main characters from Game of Thrones.See Centre Press story CPNAME; TV hit show Game of Thrones, famed for its graphic violence and sex scenes, may not seem the most obvious inspiration for a child's name. But a proud mum and dad are such "big fans" of the fantasy drama that they decided to call their own daughter after one of the show's protagonists. Paul Downie, 43, and Fiona Davidson, 29, decided to name their second child Khaleesi, after the character known as the "Mother of Dragons".

A mum and dad are such big fans of Game of Thrones they decided to name their own daughter after one of the hit show’s characters.

Paul Downie, 43, and Fiona Davidson, 29, decided to call their second child Khaleesi, after one of the fantasy drama’s protagonists played by Emilia Clarke.

But it isn’t even a name – It’s a royal title meaning “queen”, which character Daenerys Targaryen receives after getting married.

Her parents, who are engaged and have been together for eight years, chose the name when they watched the show during Fiona’s pregnancy.

The couple also have another daughter, Honey, six, and said that they wanted to pick a name that was both “unusual and different” just like her sister’s.

Paul, a taxi driver from Ayr, in South Ayrshire, said: “We wanted an unusual name. We watch Game of Thrones and we liked the character and it was different.

“We are definitely big fans of the show. The name is a title for a princess and we liked the spelling. We don’t really like run-of-the-mill names.

“We had the name picked out before she was born. I hope she likes it when she is older.

“She is responding to it a wee bit in her early stages so I’m sure she’ll love it when she’s older. I’m in no doubt.

“I think Khaleesi was a strong character and kind. It’s hard to tell just now if they have anything in common. I hope our daughter grows up to be similar to the character.

“I’m a taxi driver and I always look for the opportunity to tell people what her name is.

“People are happily surprised and they think it is a great name and a great idea.

“They are very upbeat about it and people who don’t watch it say ‘That’s a nice name, where did you get that from?’

“All the reactions we’ve had from fans of Games of Thrones and who are not, have been good.” 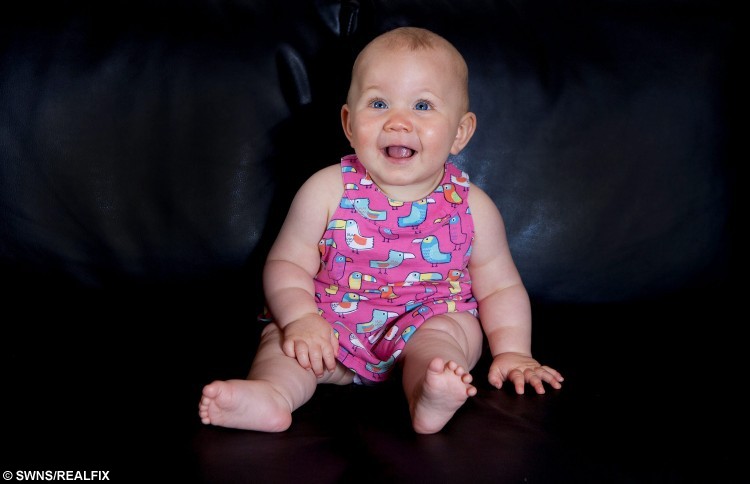 The American television drama is an adaptation of a series of fantasy novels from A Song of Ice and Fire by George R. R. Martin.

Filmed in a Belfast studio and on location elsewhere in Northern Ireland, Croatia, Iceland, Morocco, Spain, Malta, Scotland, and the United States, it is now in its fifth season and has been renewed for a sixth.

Emilia Clarke plays Daenerys on “Game of Thrones,” but she later becomes, Khaleesi, after she is forced to marry character Khal Drogo.

Fiona, a face painter and a former dancer, admitted that her daughter’s names did not match but said that Khaleesi was one of the few that both her and Peter agreed on.

Her first daughter, Honey, was named after the 2003 film, Honey, starring Jessica Alba.

Fiona said: “I love the name because we were really interested in choosing something original.

“I was constantly looking up names all the time on the internet and typing in unusual names but nothing stood out.

“We had spoken about a few names and anything that I liked, Paul hated. And the stuff that he liked, I wasn’t so keen on either.

“We had only just started watching Game of Thrones while I was pregnant. We had never seen it before. We had watched five episodes a night and at first they don’t call the girl Khaleesi. It’s when she gets married to Khal.

“So at first I never noticed it and I really didn’t take it in that they were calling her it. But the more they kept saying it, we were both thinking it and I think it was the same night that we thought, ‘we like that name’.”

“We were trying our best to find a name that would go best with our other wee girl, Honey, because we have never met another Honey.

“I wouldn’t say they really match but we just liked it that much that we didn’t care. We knew once we heard it that that was the name.”

Linguist David J. Peterson, who developed the fictional Dothraki language for the TV series, said that the name’s proper pronunciation is “Khah-lay-see”.