HomeBizarreMost PopularHair-larious! Kids get the ultimate revenge on their dad after dodgy haircut! 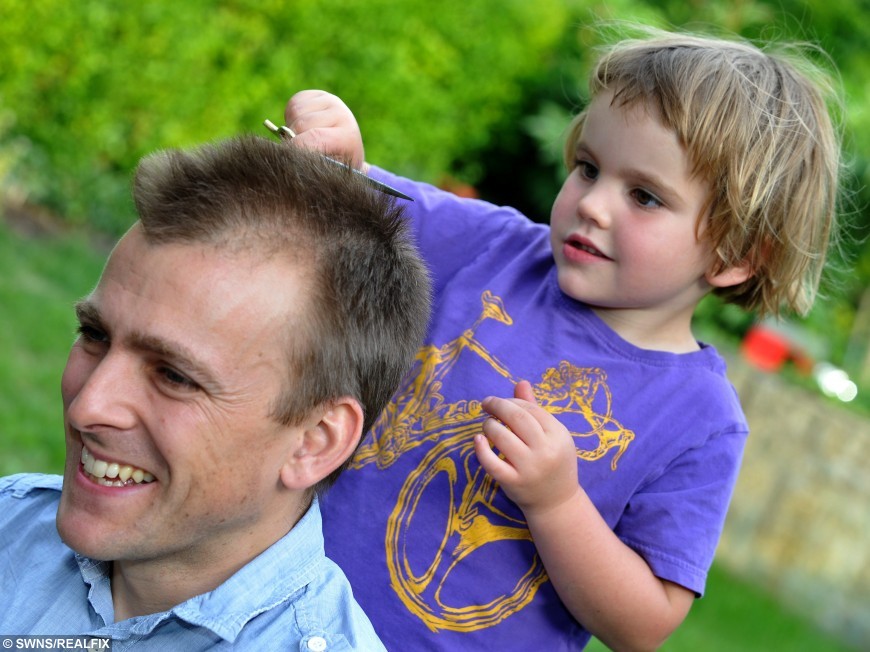 Two youngsters were let loose with scissors and hair dye on their parents – as revenge after their dad left his daughter with a wonky fringe.

Eddie Taylor, six and his sister Helen, four, ditched their toys and played stylist to their mum and dad to get their own back. 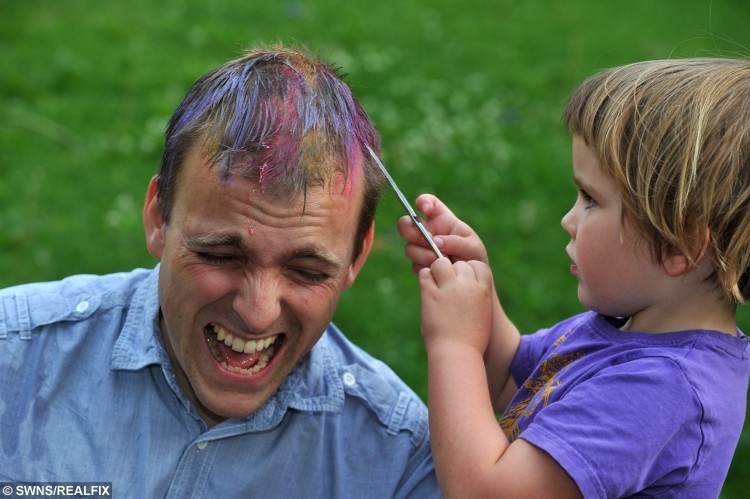 Their dad software engineer Adrian, 37, was given a creative makeover in the form of a host of colours being applied to his barnet.

Adrian, from Fulbourn, Cambs, agreed to let them loose on his hair after he left daughter Helen with a wonky fringe when he gave her a haircut – after promising his wife he would stay away from her locks.

His wife Claire, 38 who was away at the time of the first dodgy haircut said of the revenge styling: “It went quite well, but we decided Adrian hadn’t had enough, so we did a bit more the next morning .

“He had got off lightly but now he definitely hasn’t.” 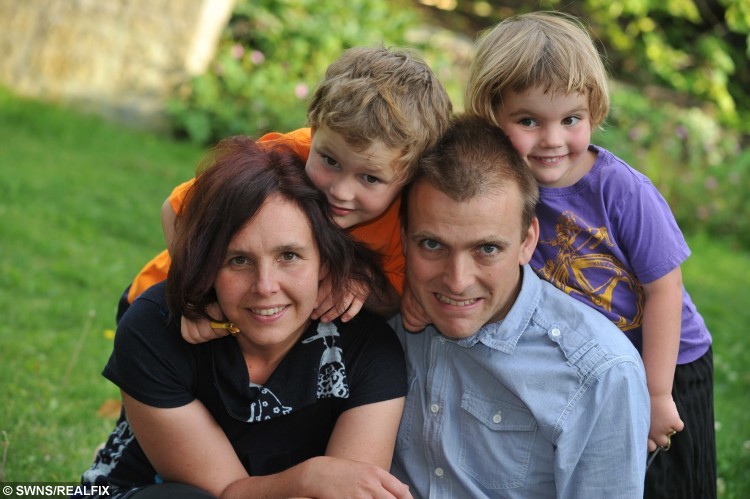 The family are raising money for charity

Adrian allowed the haircut to raise money for homelessness charity Shelter and has vowed to keep the dodgy do for one day for every £100 raised.

The family only hoped to raise £200 but they have smashed that target after family and friends donated more than £900.

Claire added: “He has a bald patch at the front now, so his workmates were quite amused and they definitely enjoyed the pink.

“There are about four or five different colours in there, but it’s chalk-based dye so it won’t stay in there too long. 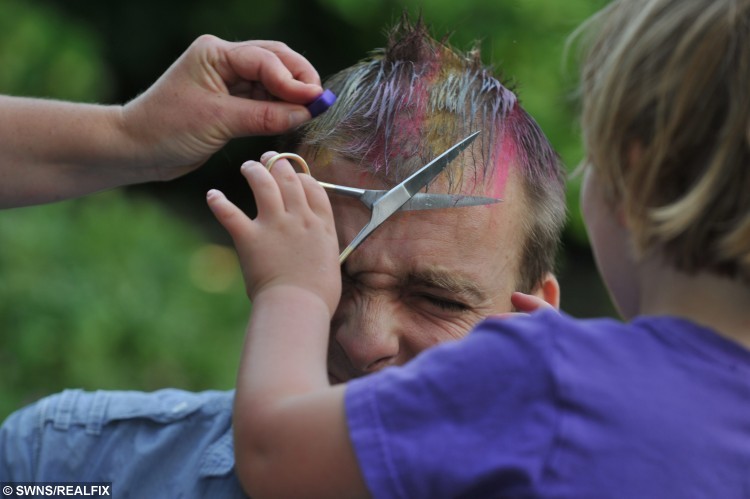 The revenge was triggered by a dodgy fringe

Eddie was slightly more forgiving with his mum’s new look and stuck to just chopping some of it off.

Claire added: “I’m not sure I would have paid for it but I suppose it could be worse.

“He has taken enough off of it and there is a very short-looking patch on top, bit I might have lucked out a bit.

To donate to the family’s haircut go to www.justgiving.com/HelenChopsAdesHairOff 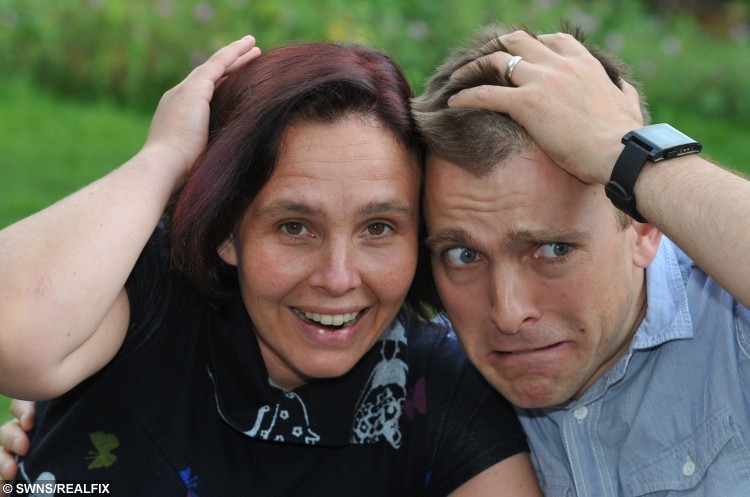 « Previous post This baby left his parents all shook up with his permanent Elvis-like quiff
Next article » This remarkable reaction to a wolf whistle might just surprise you!