Hilarious moment a Bulldog had to be rescued from a cat flap!

The hilarious moment that a dopey dog had to be released by firefighters from a cat flap in Leicester. See NTI story NTIDOG. The five year old American Bulldog called Keeta got its head wedged in the flap when she spotted another dog in the garden. She is in season and got agitated and ripped the flap out of the door. The other dog ran off when approached by the owners.

This is the hilarious moment a sex-crazed Bulldog was rescued by firefighters after getting its head stuck in a CAT FLAP – while trying to mate with the neighbour’s pooch.

Five-year-old American Bulldog Keeta was in heat when a neighbour’s pet ran into the garden.

Keeta managed to force open the locked cat flap from the inside with her head to let the Terrier in but got trapped.

When owner Nigel Page, 51, went down to let her out at around 7am on Saturday he found the dogs sitting next to each other on a rug in the kitchen.

Firefighters were called to the family home in Glenfield, Leics., at 7.20am and it took them 20 minutes to cut Keeta free. 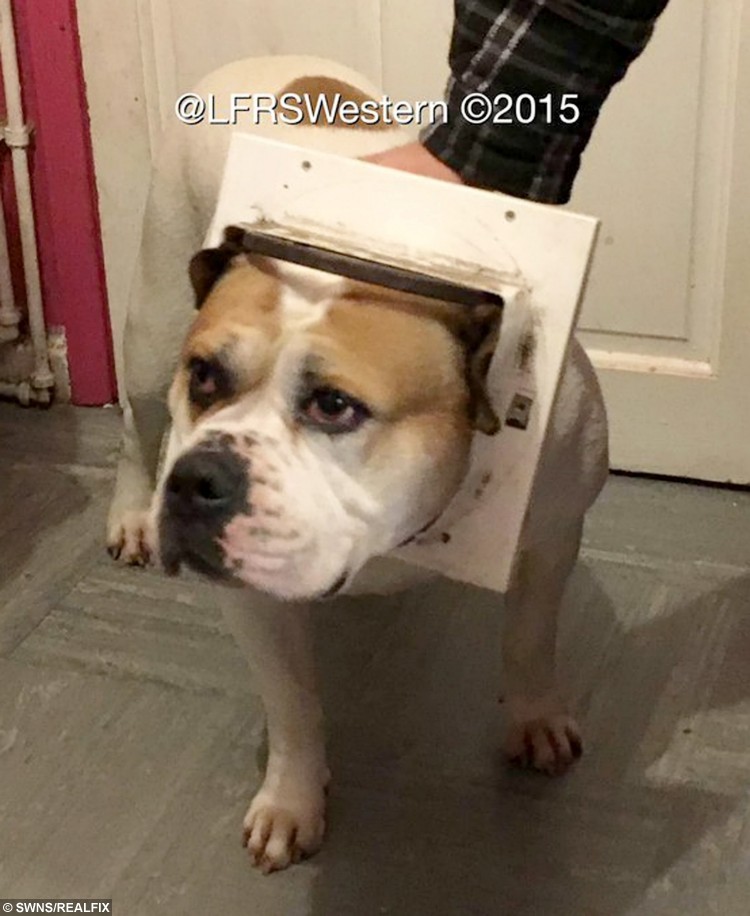 Her owner Nigel said: “I was just shocked when I came down and saw her with the cat flap on her head. It looked like she had an Elizabeth ruff around her neck.

“The dogs like each other. He ripped a hole in the fence and got into our garden about a week ago. It’s sad to split them up but I don’t want him coming back round.

“We don’t know whether they’ve done anything or not.

“She had that thing stuck on her head so she might not have been in a good mood.”

“When I came down the other dog legged it.”

Wife Paula, who has seven children with her husband of 32 years, said: “We got up as normal on the Saturday, the alarm went off and Nigel went down let the dog out.

“When he opened the kitchen door he saw the dogs sat together on the carpet. Keeta had the cat flap frame round her head and there was a big hole in the back door.” 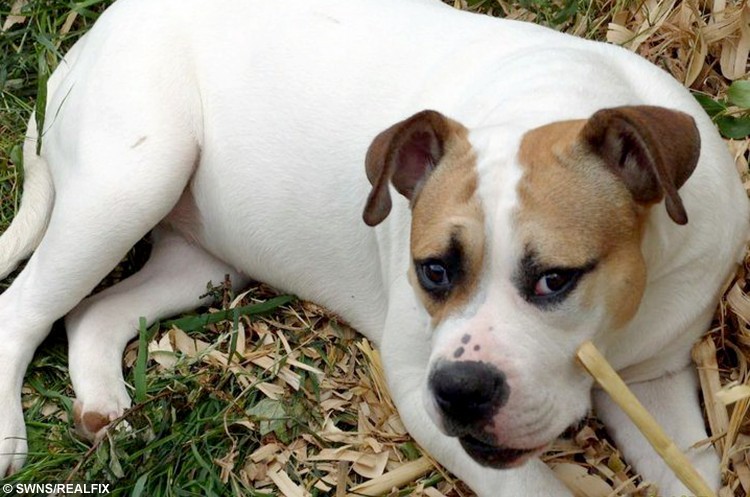 “She must have smelt him through the door and pushed her head through the flap to get to him. It was locked but she’s a powerful Bulldog.

“The other dog came in through the gap.

“As far as we know they haven’t done anything. I’ve checked her but you can’t say for sure.

“The dog came back later that day and I put a lead on him and took him back to his owners.”

A spokeswoman for Leicestershire Fire and Rescue Service said: “We got a call from the owner at 7.19 am saying the dog had its head trapped. 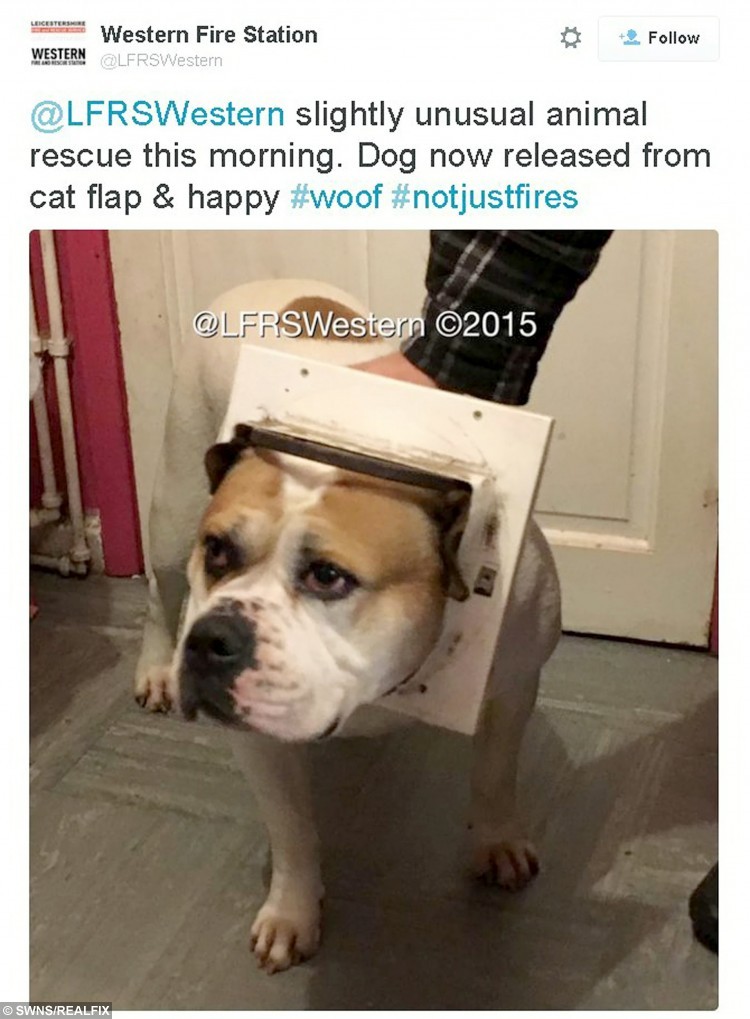