This is the hilarious moment an escaped alpaca was spotted wandering around an OPTICIANS.

This is the hilarious moment a runaway alpaca calmly wandered into an OPTICIANS.

The fleecy animal, native to South America, is thought to have escaped from a nearby farm and was initially spotted sauntering down the high street.

But the curious animal popped into the opticians in Hennebont in Brittany, when the automatic doors slid open as it trotted past. 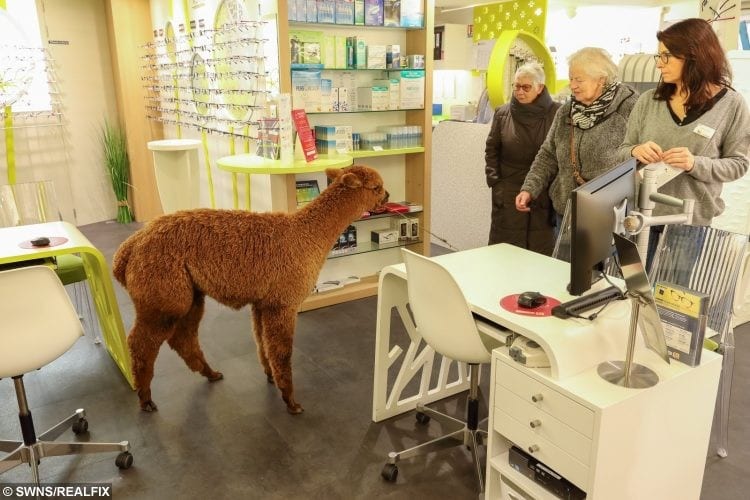 Photographer Pierre-yves Nicolas – who had spotted it wander past his studio window – followed it in to Les Opticiens Mutualistes.

Staff locked the doors to stop ther animal escaping and causing chaos on the roads.

Funny photos show the creature calmly browsing the shelves and stopping to admire itself in the mirrors.

Pierre-yves, 58, said it was quite happy and stayed for half-an-hour before it was literally carried off by police. 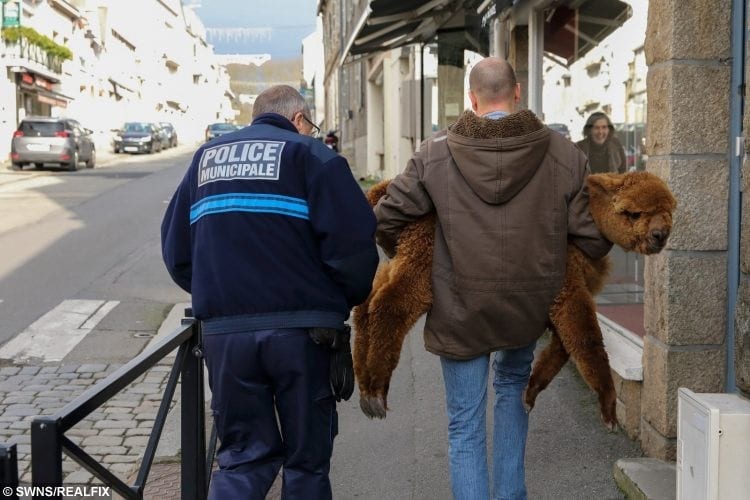 He said: “The alpaca walked down the street, past my studio and stopped in front of the opticians’ shop.

“The door opened and he entered. You imagine the surprise of the people inside.

“He stayed there for half an hour. He was quiet and he was not afraid. He was intrigued by the mirrors.

“Finally the police found his owner who took the alpaca in their arms and took it back home.”