FILE PICTURE - David St John, appearing on The Chase with Bradley Walsh. A serial quiz contestant's addiction to appearing on TV game shows has been acknowledged in print by the Guinness Book of Records. See NTI story NTIQUIZ. David St John, who has appeared in Eggheads, The Chase and The Weakest Link, appears in the 2016 edition of the famous compendium in a newly created category: Most TV appearances as a quiz contestant. The 66-year-old professional entertainer from Cannock, who has rattled out answers on 34 programmes over three decades, said: "It's great, and also quite funny. Doing quizzes started as a bit of a joke, a way to raise my profile as an entertainer, and took off. The grandfather-of-five has appeared over the years on Eggheads, Fifteen to One, The Chase and The Weakest Link among others, although not on the big-money programmes such as Who Wants To Be A Millionaire? and Deal Or No Deal.

A quiz-mad grandfather has been crowned the world’s most prolific game show contestant – after racking up 34 TV appearances spanning three decades.

Trivia-mad David St John has won thousands of pounds and been crowned champion of nine shows after featuring on some of the UK’s best-loved quizzes.

The 66-year-old’s obsession with game shows started when he appeared on Sale of the Century in 1982 and won two motorcycles.

As a result he was flown out to Australia for two weeks to face Daphne Fowler, former member of BBC2’s Eggheads’ team, in an Aussie version of the show.

Since then the professional entertainer has starred on household favourites like Eggheads and The Chase and squared up to legendary quiz show dragon Anne Robinson on The Weakest Link.

His latest appearance was in 2013 on Face the Clock hosted by impressionist Rory Bremner, after TV bosses had to restrict his appearances due to his fame.

And the grandfather-of-five reckons that over the decades he had managed to notch up about #5,000 in cash, holidays and prizes.

His name now appears in the Guinness Book of World Records 2016 in a newly created category: Most TV appearances as a quiz contestant.

David, from Cannock, Staffs., says: “I’ve actually been on more shows than that.

But I could only provide the Guinness Book of Records with evidence for 34.

“It’s taken a long time to validate and I’ve just been told I’m in the new edition which is being brought out in time for the Christmas market.

“I crack a few jokes and have a good time, and if I win then that’s a bonus.”

“It’s great, and also quite funny. Doing quizzes started as a bit of a joke, a way to raise my profile as an entertainer, and took off.”

David – who has vowed to keep adding to his record – said that despite being crowned champion on nine different shows he has also been a victim of his own success.

He added: “My applications sometimes get rejected when researchers find out how many shows I’ve been on.

“I did get voted off the Weakest Link quite quickly as some of the other contestants recognised me and saw me as a threat.

“That was probably the worst experience. But that’s the nature of the game.”

“I’ve always had my nose in some book or other and I always loved exams.

“I enjoy instant recall and games with buzzers because I like the pressure.

“I love taking part in any TV quiz show and to win is a bonus.

“If I lose then it makes me more determined to win the next one.”

“I’m also comfortable in front of the camera as I’ve been performing since I was 10.

“I just generally have a thirst for knowledge.”

He cites his favourite appearance as featuring on BBC show Wipeout in 1998 when he got to meet comedy hero Bob Monkhouse.

He said: “Bob Monkhouse was a comedy hero of mine so it was a pleasure to meet him. He was a really top guy. An absolute legend.

“Nicholas Parsons is also an iconic figure of the quiz show genre. Those two are definitely my favourite.

“But Sale of the Century is my favourite I think. It was just such a classic and regularly gets voted in the greatest of all time.

“It’s probably my favourite appearance to date because, as the saying goes, you never forget your first time.

“On my trip to Australia I came up against future Egghead Daphne Fowler – who beat me in a face-off in one of the opening rounds.

“My holy grail though is Who Wants to be a Millionaire, it’s the ultimate TV quiz.

“I would have loved the chance to appear on that.” 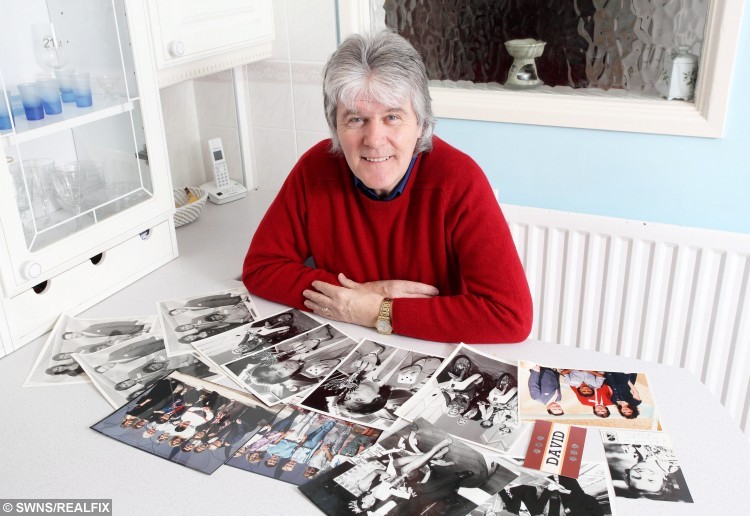 1986 “Sale of the Century All Stars Team GB final” Loser