‘I’ve never been happier!’ Woman ditches her husband in favour of her 35 cats

by RealFix
in Animals, Bizarre, Relationships
0

Kelly Chase from Plymouth, Devon, who is raising her two children on her own, after she chose her 35 cats over her marriage. 28/10/2015. See SWNS story SWCATS; A woman says she ditched her husband in favour of her 35 CATS - and has never been happier. Eccentric Kelly Cruse, 33, says she was issued an ultimatum by her hubby that either the cats went or he did. Kelly, a self-confessed 'crazy cat lady', said she had no hesitation in picking her large collection of Snowshoe cats a rare Siamese breed. Despite spending Ã15,000 a year on vet bills, pet insurance and food Kelly says she has never been happier, and remains Ãtotally dedicatedÃ to her cats.

A woman says she ditched her husband in favour of her 35 CATS – and has never been happier.

Eccentric Kelly Cruse, 33, says she was issued an ultimatum by her hubby that either the cats went or he did.

Kelly, a self-confessed ‘crazy cat lady’, said she had no hesitation in picking her large collection of Snowshoe cats a rare Siamese breed.

Now Kelly has bolstered her flock and lives happily with a staggering 35 Snowshoes, five Chihuahuas and one Doberman dog that has created a pet paradise at the home she shares with her two children, Jamie, 11 and Oliver, 7.

Despite spending £15,000 a year on vet bills, pet insurance and food Kelly says she has never been happier, and remains “totally dedicated” to her cats.

Kelly, from Plymouth, Devon, said: “I wasn’t happy in the relationship and, at one point, he said ‘its me or the cats’. I don’t respond well to ultimatums, so I told him to go.

“The children still see him regularly, but we’re much happier as a family now.”

Kelly is now an award winning cat breeder, and her work has helped promote the rare Snowshoe breed internationally.

But living with so many of them has posed some serious health risks, and to minimise these she has had to modify her home to be cat friendly.

The walls of her living space are now coated in white plastic, to prevent smell and the spread of disease, and the cats are kept in separate areas.

The male cats also live in one section and the females in another, to prevent unauthorised breeding.

Kelly, a web developer and full-time mum, said: “I’ve got about 35 cats now, and it does get a bit hectic at time, but the children love being able to run freely with the dogs and I love my cats.

“Some people might think I am crazy – but I can’t imagine a world living without them.”

She only started keeping cats in 2002 after her doctor recommended it would help with her allergies.

She said: “I couldn’t be around animals for ages, I tried all sorts of medication to fix the problem, but then a doctor suggested I live with a couple of cats to see how It got on.

“After a while, I stopped reacting to them and my immune system improved.

“Now it’s the complete opposite, I can’t be away from them without getting ill.

“It’s quite unique, but my son is just the same. When we’re around them we’re fine, but if we’re away from the cats for a period of time, we can get really quite poorly.”

While her love of cats blossomed, it became too much for her then-husband, who Kelly refuses to name, and he left the family home.

She has since continued to forge ahead with her breeding programme and has now produced more than 200 Snowshoe cats, which she continues to pay regular visits to through their lives.

Kelly keeps most of the cats for just two litters, before finding them their ‘forever home’ at two years old.

However the allure of some proves too strong and she ends up keeping some of them. 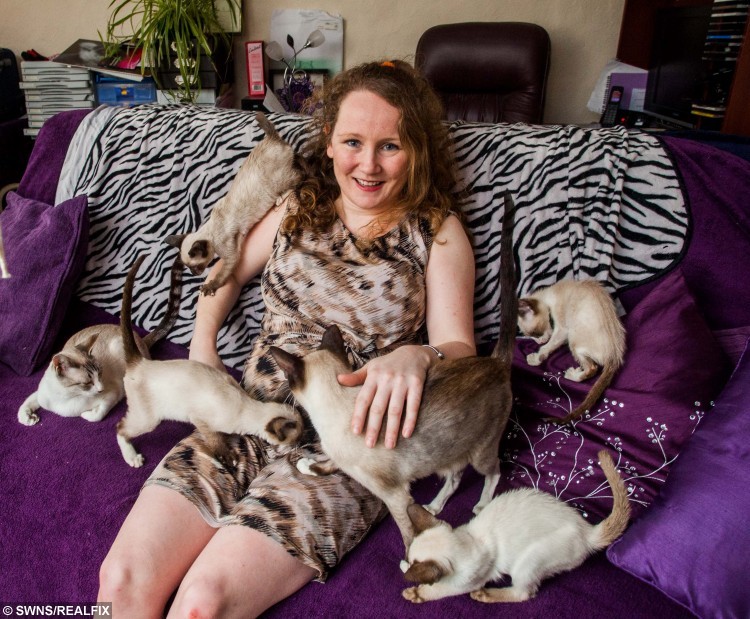 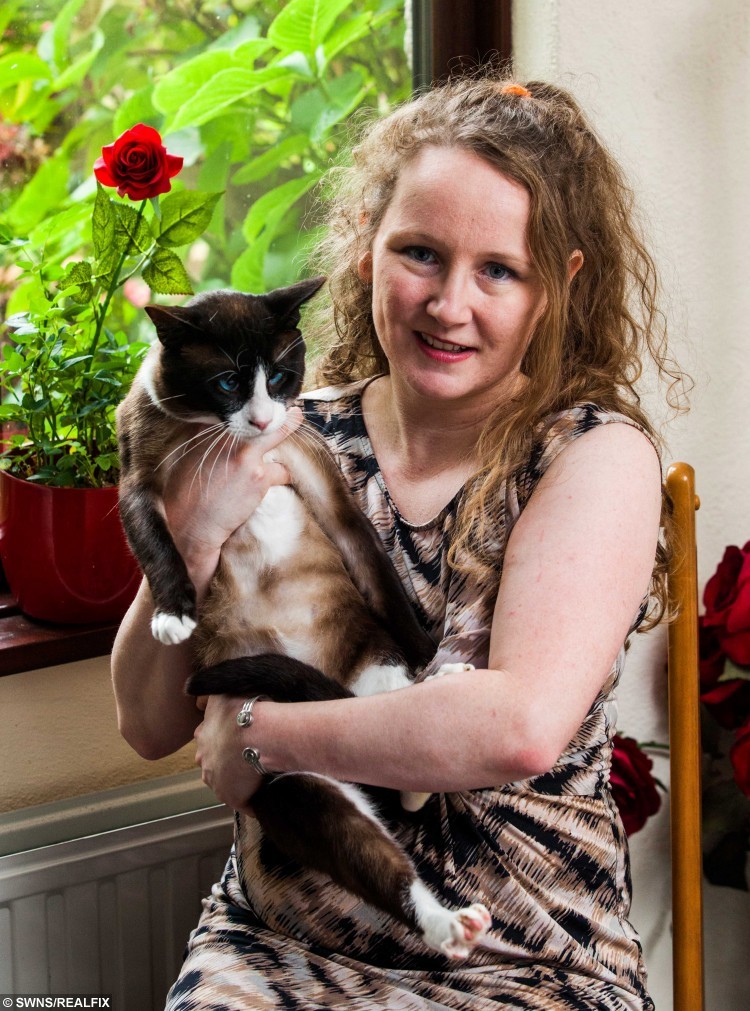 She said: “I’ve been an entrepreneur all my life, and have tried many businesses, but none of them make me happier then breeding cats.

“I don’t make any money out of it, it’s more of a hobby, but I like helping the bloodline of the snowshoe cat.

“I carefully breed them, and am introducing different colours and patterns. I do sell them as well, and have seen them go all over the world.

“The snowshoe is a great breed of cat, they are a Siamese cousin, with white feet. They are very dog like, and they adore people and like to be touched.

“I don’t keep them all, most of them I only keep for one or two litters, until about two years old, when they go on to their forever home.

“I’ve got two that are definitely staying here, and possibly another third.

“I’ve probably bred about 200 cats, but I stand by each one through the whole of their lives.” 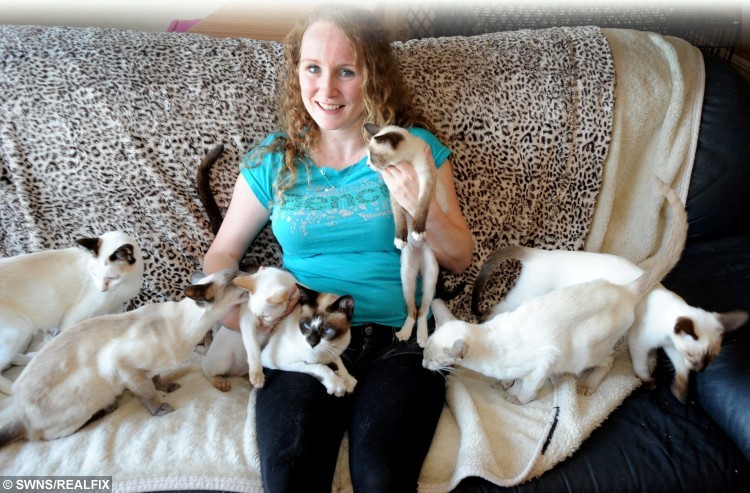