Tourists at Legoland were baffled by a hovering black ring they spotted in the sky – which experts reckon could be a swarm of MIDGES.

Phil Stewart, 54, took a video of the dark moving circle shape which he said appeared 100ft up in the air for less than a minute, before disappearing.

The commercial director from Perth said he thought it was bees – while others have speculated it could be smoke from a circular chimney.

But experts at charity BugLife reckon it’s a swarm of chironomidae – non-biting midge – which are reacting to the noise from the tourist attraction in Windsor, Berkshire.

A spokesperson for BugLife said: “The best guess from our experts is non-biting midge swarms.

“Chironomidae can occur in huge numbers and react to sounds – you can alter the height of a Chironomid swarm by humming loudly near it.

Phil said he was queuing for a ride with his wife and two kids when he saw people pointing up at the shape on Saturday.

By the time he pulled out his phone to film the spectacle, it had started to disappear.

He said: “It was spinning around on the spot — moving around and around.

“I like to go kayaking and going on nature trips by my home up in Scotland, you see, and I can definitely say it wasn’t birds — you’d have been able to see them. 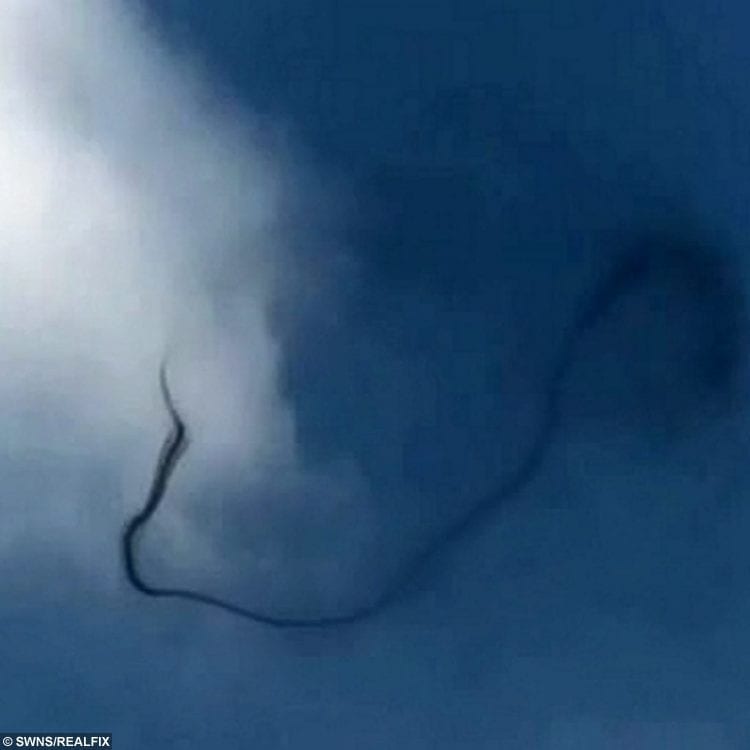 “I spoke to friends about it after, and they said it was bees — but given how big and high up it was, it would’ve had to have been millions of them.

“It was definitely a swarm of something.”

A spokesperson from the Royal Berkshire Fire and Rescue Service said there were no reported fires in the area.

A spokesperson from the British Beekeepers Association said it could be a drone congregation area – a mating ritual unique to honey bees.

WATCH: Couple who have been married for 54 years have finally been reunited after spending their first Christmas apart